Last Chance! Members of the Fifth Fleet, get ready for the ultimate monster hunting experience — on your tabletop! In this cooperative arena combat board game for 1-4 players set in an open world, it’s not you who dictates the flow of battle, but the monster you hunt — and every monster is wildly different. 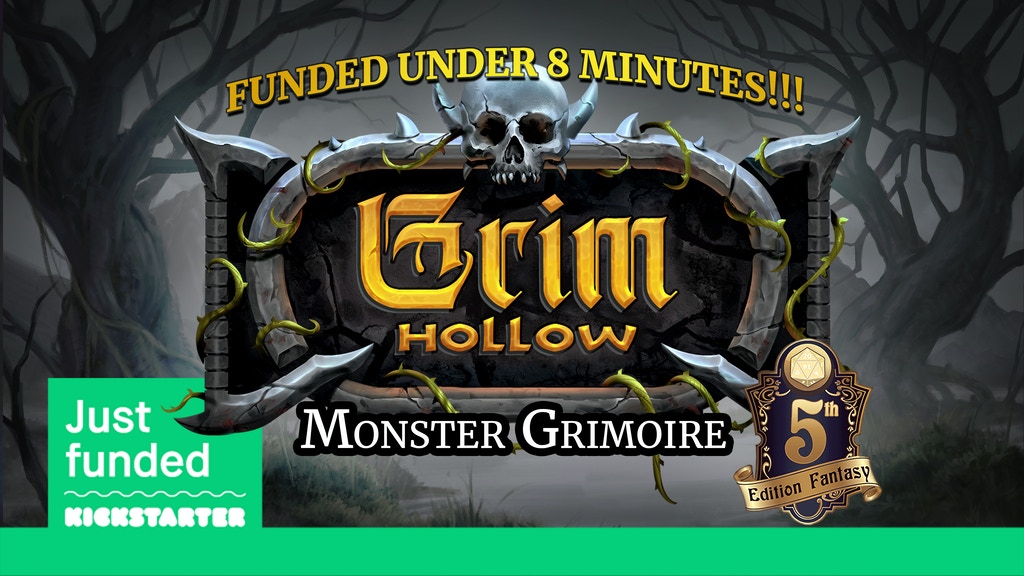 Grim Hollow: The Monster Grimoire offers over 300 new monsters, tailor-made for a dark fantasy campaign. The foes detailed in this supplement, ranging from capricious fey to corrupt fiends, can fit nicely into any 5e campaign where the players are looking for a devious and deadly challenge. 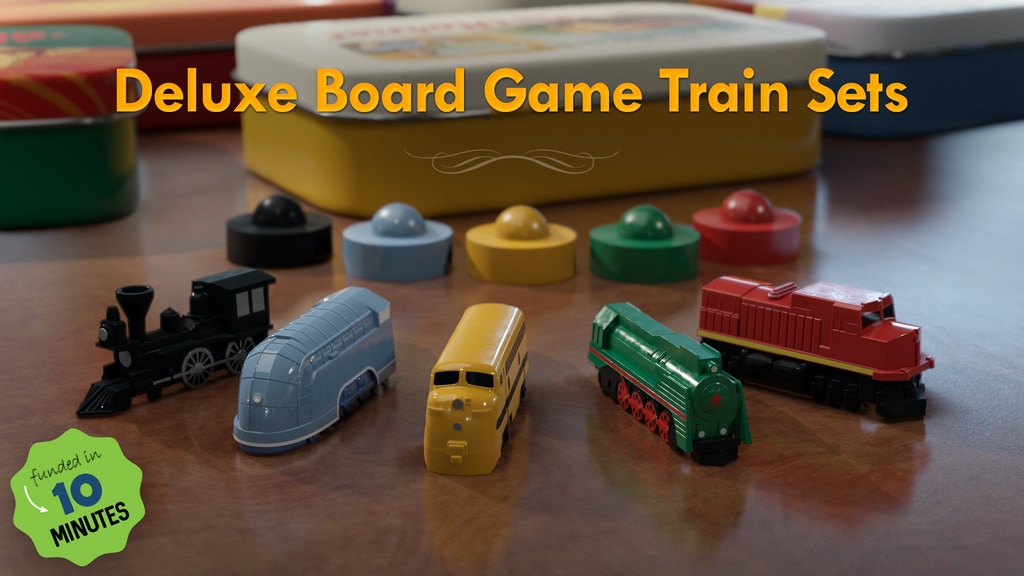 Last Chance! Deluxe Board Game Train Sets offer highly detailed miniature trains with incredible tin artwork inspired by Norman Rockwell, U.S. national park posters, ads of the 19th century, and more! Use these train sets in Age of Steam, Empyreal, Ticket to Ride, and many other popular train board games. 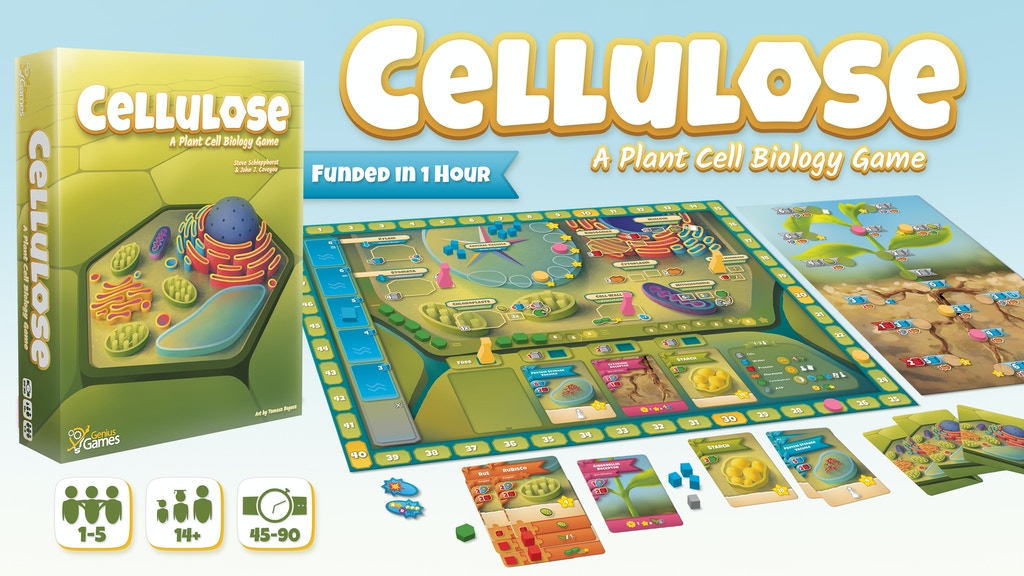 Cellulose: A Plant Cell Biology Game is a worker placement game that puts 1-5 players inside a plant cell, where they will compete over limited resources in order to undergo photosynthesis, produce carbohydrates, and build the cell wall to score points. 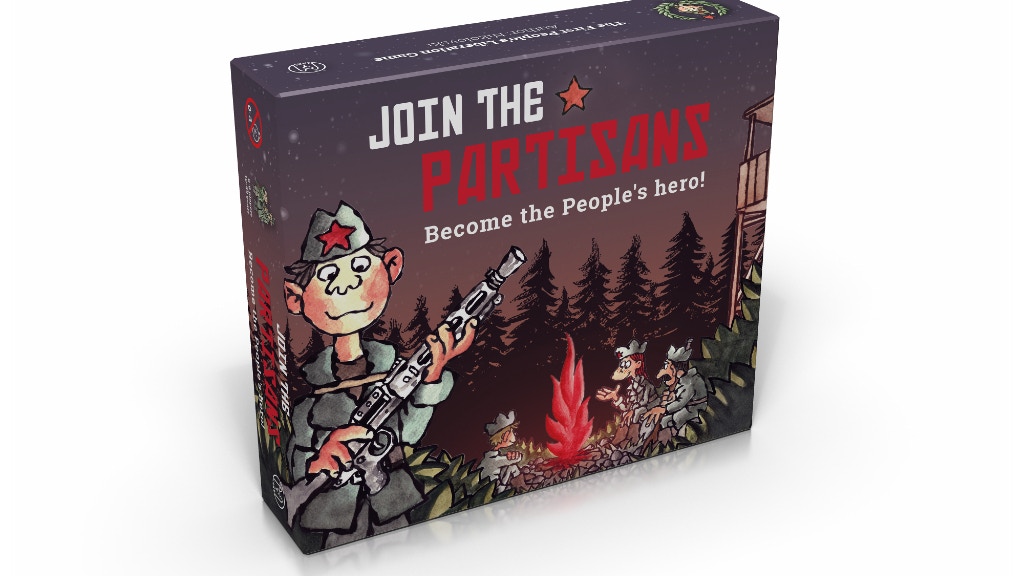 Join the Partisans (Postani partizan) is a WW2 board game with a historical background where players play as Slovenian Partisans to liberate their country. You have to roll the dice to win battles against the evil Axis powers, answer quiz questions on WW2 and more, all to win the liberation war! 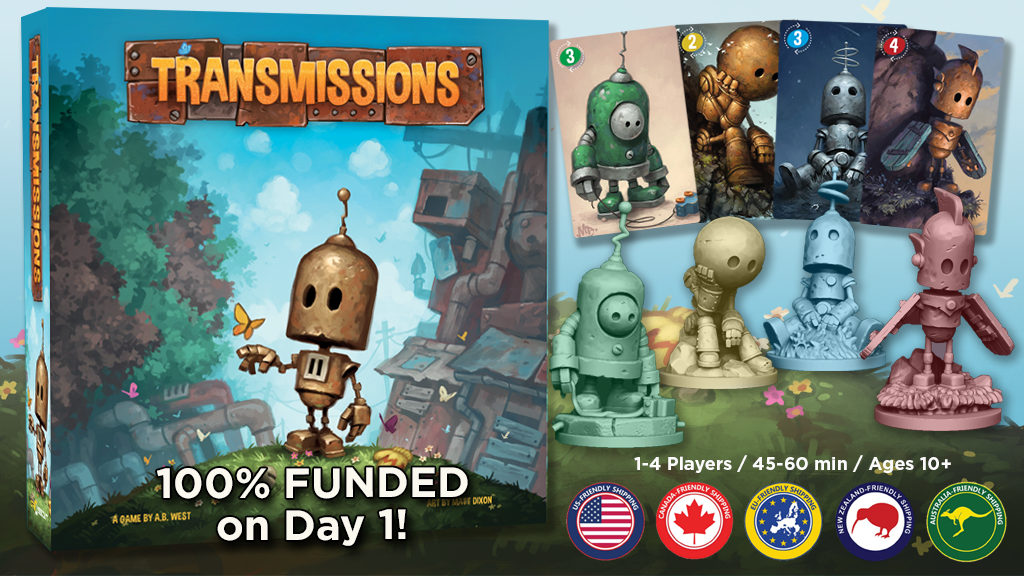 In Transmissions, designed by Adam West, players will build a group of robots and lead them in creating new ideas and completing projects. The game is for one to four players, ages 10+, and plays in around 45 to 60 minutes. 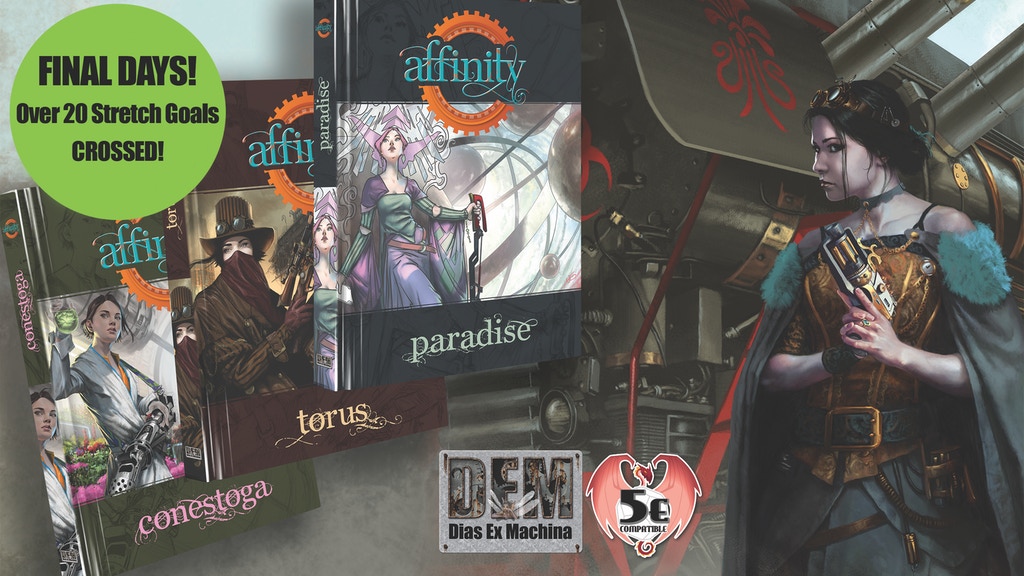 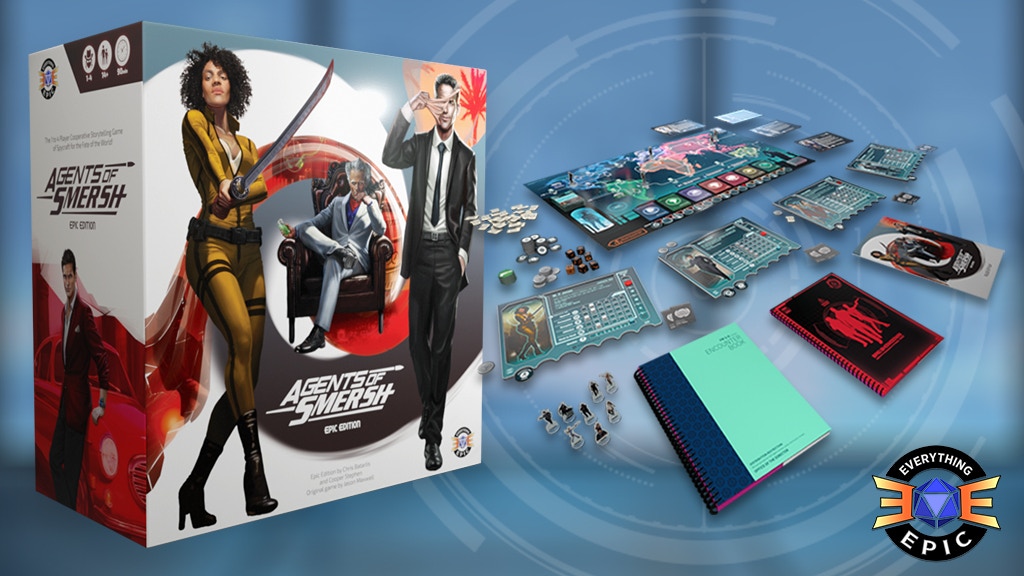 The most EPIC storytelling game of all time! Iin Agents of SMERSH: Epic Edition, 1-4 players take on the role of Elite Government Secret Agents traveling the world in serach of Dr. Lobo and his Henchmen on an EPIC mission to bring them down.