Saga of the West Wind - Venti, the Anemo Archon

A Genshin Impact-inspired enamel pin project, focused on creating dynamic depictions of the story we follow in-game, starting with Venti. 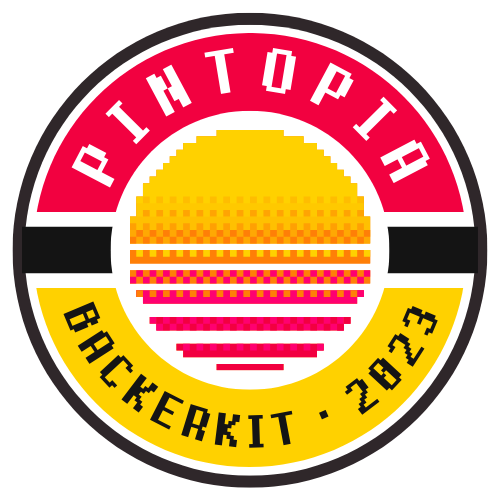 Congrats! Back a Pintopia project and receive a Free Pintopia 2023 Pin! Learn More»

We did it! All Pintopia projects are 100% funded!


Welcome to Saga of the West Wind! In this campaign, we're excited to bring you the first installment of a new series - our first foray into Genshin pins, featuring a set of companion pins inspired by the tales surrounding the Anemo Archon, Barbatos (or, as the mortals know him now, Venti).

With our pins, we often try for deluxe and dynamic designs with fine-tuned detailing. In each of the panels, you can see a bit of the Anemo Archon's past and present, styled into a harp.

This campaign will be available from January 17th to February 7th.

Below are the designs of the three designs we're featuring in the campaign. These were inspired by the lore of the game, where you see Barbatos as a spirit, then take the form of his friend, and then take on the disguise as the mortal bard Venti. His story is one that represents freedom, and hopefully these pins tell his tale!

They can be displayed standalone or as a set - each will have three pegs on the back, in gold plating (made of zinc metal). Some elements in the central design may glow to reflect the anemo power.

In this pin campaign, we are only offering three pin designs. The pin is designed in three sections (left, central, and right), where the full design represents the Holy Lyre der Himmel which, in the game is the lyre that the Anemo Archon Barbatos used to play. The pins can be obtained and displayed separately, or all together.

There are two main pledge levels in the campaign - for one of the three pins of your choice, or the full set at a discount. NOTE: If you snag an early bird spot, it is the same as the other tiers, but slightly cheaper overall.

Goals for the campaign will be simple - stickers (same design as the pin) and a microfiber cloth.

Shipping will be collected after the campaign completes with the survey/add-on process. All items will be shipping from the locations in Ohio, and anything international will be declared as required by law.

Insurance can be added to any package for a $5 increase to package costs (this will be processed during the survey stage).

Below are the shipping rates for the major countries for a single pin package (anything larger may have slight weight adjustments internationally). Slight adjustments may happen to the breakdown below according to final cost estimates with our carriers.

(Please Note: These are deluxe designs which means that they can take 6+ months to manufacturer, so it can take a long time to get right with a multitude of effects and many sample passes. Expect a wait, but we'll always fulfill these pins! Thankfully it is a smaller number of pins and thus will have a smaller hold period for any pins, and if things are finished earlier, we will release them earlier.

Thank you for checking out our newest project! You're more than welcome to check out our other pins and projects on our store, Instagram and Twitter. You're also welcome to join our lovely pin (and art) community in Discord!

Mel & Sara (Alchemy) - The adventuring team behind Alchemy Art. We've done potentially way too many pins over the years, and continue to find trouble to get into (as quickly as possible). Most recently, we finished up a campaign for DnD cats named Purrtagonists with blushsprout and Chocolate Raisin Fury, and we host a monthly Patreon pin club (that will be starting a dragon line on March 1).

Jess (Thunderpot) - One of Alchemy's longest running artist-friends! She tapped in for the concepting of this gorgeous pin.


This project is participating in Pintopia 2023 —  a series of 20 small-scale enamel pin projects from a diverse group of creators collectively launching on Crowdfunding by BackerKit. All Pintopia projects will be LIVE from January 17th at 10 AM PST until February 7th at 1 PM PST.

Since there are so many awesome projects participating in Pintopia, we can’t imagine you’ll choose just one. As a thank-you to those that back multiple projects, BackerKit will be shipping out limited edition pins including some amazing creator-collab pins for FREE to those that reach the following milestones:


A limited edition pin from BackerKit
If you back this many Pintopia projects you deserve a gold trophy!


Something super special from BackerKit
Wow, if you support each and every project we are going to send you something extra special.
Back It