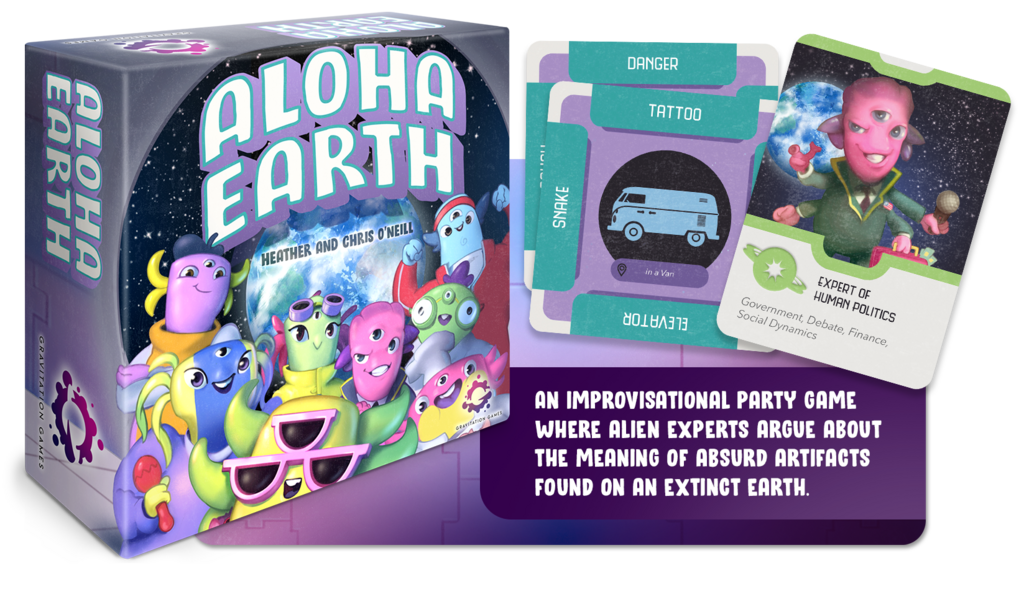 Get Ready for Aloha Earth

Aloha Earth is an improvisational game that puts all players on an even playing field. Because the alien experts don’t actually know what humans were like, they can infer what could have been based on complete nonsense. Because YOU are the expert, no one can say “You’re wrong!”


The scoring in the game inspires collaborative storytelling. After a debate, all players vote on someone who told the most convincing backstory for the object or reference. That player scores two points, but then must award a bonus point to another player who best helped them come to that conclusion!

By submitting your email address, you agree to receive news and updates about Gravitation Games's projects.