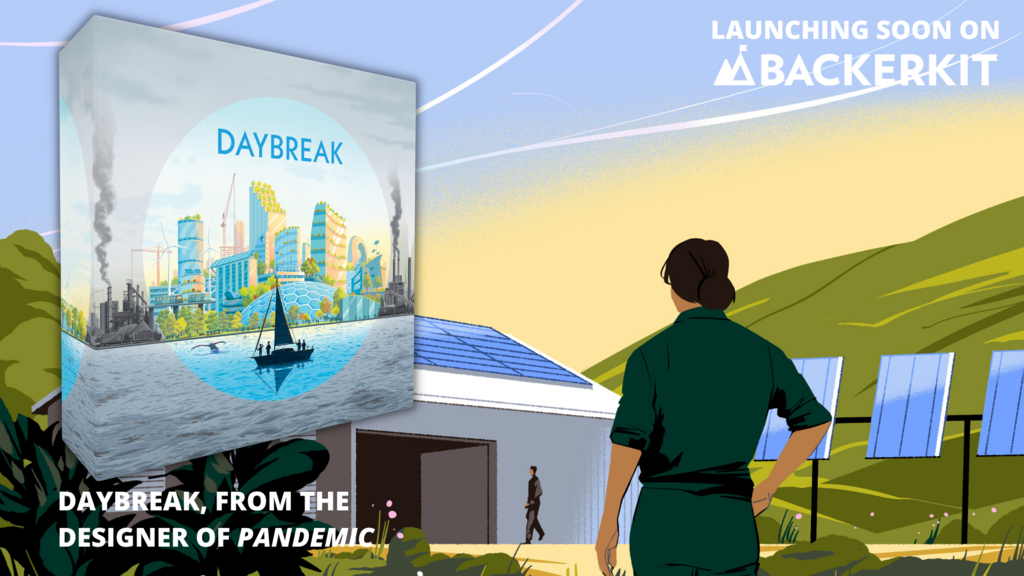 Get Ready for Daybreak

Join 14,122 other people!
Daybreak is co-designed by Matt Leacock, the creator of Pandemic, the most successful cooperative game in history, and Matteo Menapace, a designer and educator specializing in cooperative play.

Daybreak is a cooperative boardgame about stopping climate change. It’s an optimistic vision of the future, where you and your friends get to build the mind-blowing technologies and social movements we need to decarbonize the world.
With over 200 unique pieces of art and ZERO plastic in the box, Daybreak is an engine-building game like Wingspan, but cooperative.


"Daybreak is a fantastic design that embeds the science of fighting climate change seamlessly into a co-operative strategy game. The central tableau-building mechanism gives agency to each player as they build and power up their actions. The free-form method of co-operation between the players encourages them to act as a team and discuss the consequences of each move."
- Phil Walker-Harding
Designer of Sushi Go


Sign up now and be the first to know when we launch on BackerKit.

By submitting your email address, you agree to receive news and updates about CMYK's projects.