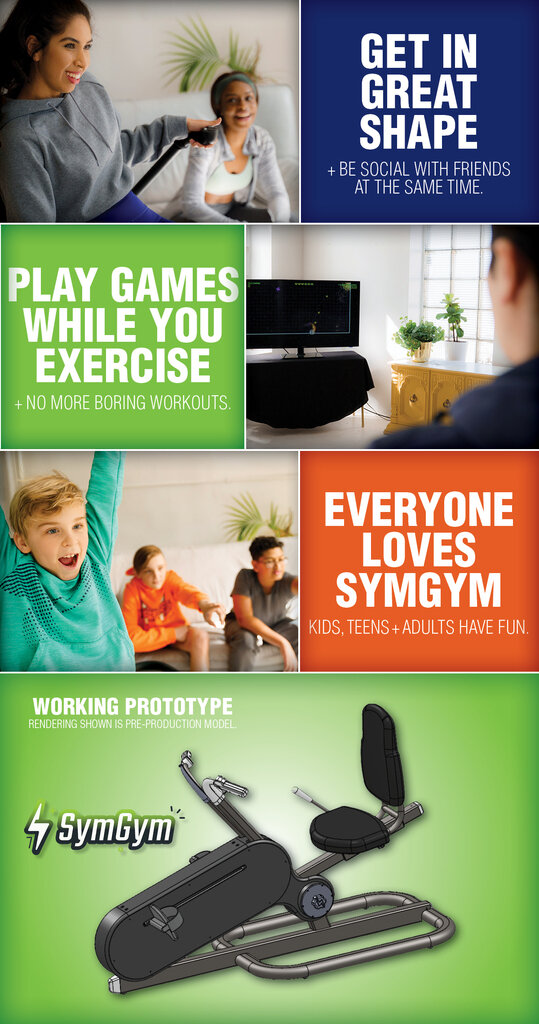 Will you pledge your financial support for SymGym?

The benefits of regular exercise are well known, but 4/5 people don’t get the recommended amount of exercise. So, what's stopping us? Traditional exercise
is tedious and repetitive; running endlessly in place on a treadmill or elliptical. There is also no social activity.

But what if, instead of "exercising", we could just PLAY...?
That is why we developed SymGym, a fun alternative to traditional exercise. SymGym brings the world of play back to exercise. With SymGym, players can play games, compete with friends, and workout using our resistance based exercise device, video game controller, and gaming platform.

The SymGym controller (3 patents issued) uses bodily movement to control video game actions. SymGym players control their favorite and customized games by moving the fully independent arm bars and foot pedals. It has the ability to control the range of resistance to vary your workout. As opposed to other exergame devices, SymGym
mimics real world activity including motions similar to cross country skiing, punching, pulling, walking, running, jumping or stomping.

Will you pledge your financial support for SymGym?

By submitting your email address, you agree to receive news and updates about SymGym Inc.'s projects.