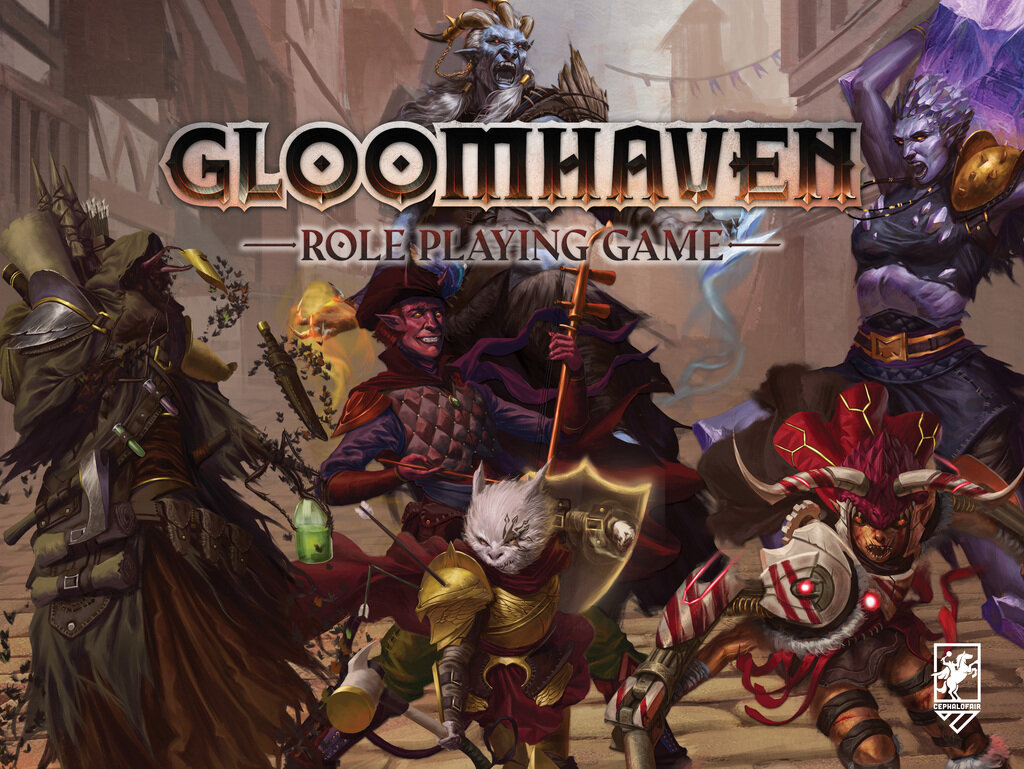 Join 25,259 other people!
Hello mercenaries!
Last year Cephalofair announced plans to crowdfund a fantasy miniatures line to complement our catalog of boardgames – providing highly detailed sculpts for each of our in-game enemies, bosses, and summonable creatures typically represented by 2D cardboard standees and tokens. Now, we’re excited to reveal that we’re planning so much more than just miniatures with our brand new product—Gloomhaven: The Roleplaying Game!


Unlike other RPG systems reliant on dice and set character build structures – Gloomhaven: The Role Playing Game will continue to uphold one of Cephalofair’s core mission statements – to “minimize randomness and reward player savvy”.


"This is the Gloomhaven Role Playing Game, which takes the Gloomhaven world and puts it in your hands – the hands of a “Gloom Master”. We are giving you the tools and the lore to create your own stories – in Gloomhaven and the surrounding world. And it will be available right alongside the miniatures in April, 2023.


We're creating a robust skill system that makes interacting with this newly expanded world and uncovering its mysteries always engaging. And when you run across a situation that can only be resolved with weapons, well, the Gloomhaven combat system will still be there to make sure that is always interesting as well.


But this isn't just the board game with a GM. First of all, we've opened up the playing field to allow for any class and ancestry combination. You can be an Inox Spellweaver, an Orchid Cragheart, or anything else, and both classes and ancestries have their own set of cards so that you can create a truly unique ability set.


And this newly developed system integrates card management into the role-playing experience. That's right, we've added a third skill check action to these cards, which lets you perform great feats out of combat, but also opens up a new dimension in combat, letting you swing from chandeliers, kick through walls, or even convince the bad guys to stop fighting.” – Isaac Childres, Designer/CEO

Not only does the Gloomhaven Role Playing Game take place in the same exciting world as Cephalofair’s board games – but it is actively being designed to be cross-compatible with all of our previous board game releases. As Cephalofair COO, Price Johnson, explains:


“We want our community to feel like each big-box campaign board game they’ve invested in, is able to function as a sort of Gloom Master tool kit, to be able to craft your own adventures using map tiles, enemy standees/miniatures, tokens, overlay tiles, and more. You can also just pick up the core Gloomhaven: RPG sourcebook and its accompanying card set and play without having owned a single one of our past titles. Mercenaries of all experiences and playstyles are welcome in Gloomhaven: The RPG!”

The full press release can be found HERE.

By submitting your email address, you agree to receive news and updates about Cephalofair's projects.