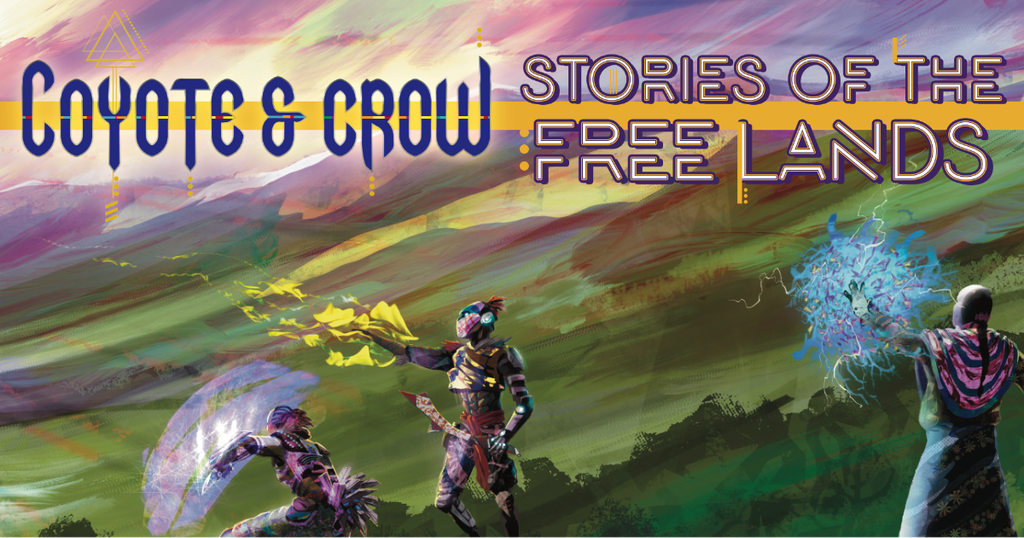 Get Ready for Coyote & Crow: Stories of the Free Lands

Sign Up Now To Be Notified When We Launch On 9/13!

A new expansion for Coyote & Crow— a Native led and created, Nebula nominated TTRPG set in an alternate future where colonization never happened.

Sign up now and be the first to learn about Coyote & Crow: Stories of the Free Lands.
Launching on BackerKit on September 13th comes Stories of the Free Lands, Volumes 1 & 2, a collection of ready-to-go stories for the Coyote & Crow Roleplaying Game. Written by 10 Indigenous writers paired up with 10 artists, these stories will take you on a bold journey through and around Cahokia!


Coyote & Crow is a science fantasy tabletop roleplaying game created by Connor Alexander (Cherokee Nation) and a team of writers and artists, most of whom are Indigenous to North America. The game is set in an alternate timeline, one where colonization of the Americas never happened thanks to a climate event centuries ago that altered the future of everyone on Earth.

If you sign up now and back the project, you'll get a FREE Chahi font download after the campaign.

You’ll also have early access to Naasii: A Coyote & Crow Dice Game. It’s a stand alone tabletop push-your-luck style dice game that the people of Makasing love to play and suitable for your whole family.


If you missed out on our first Kickstarter, or are just jumping into Coyote & Crow, you’ll also be able to get a copy of our Core Rulebook and our custom dice as part of this campaign. We hope to see you there!

Sign Up Now To Be Notified When We Launch On 9/13!

By submitting your email address, you agree to receive news and updates about Coyote & Crow Games's projects.