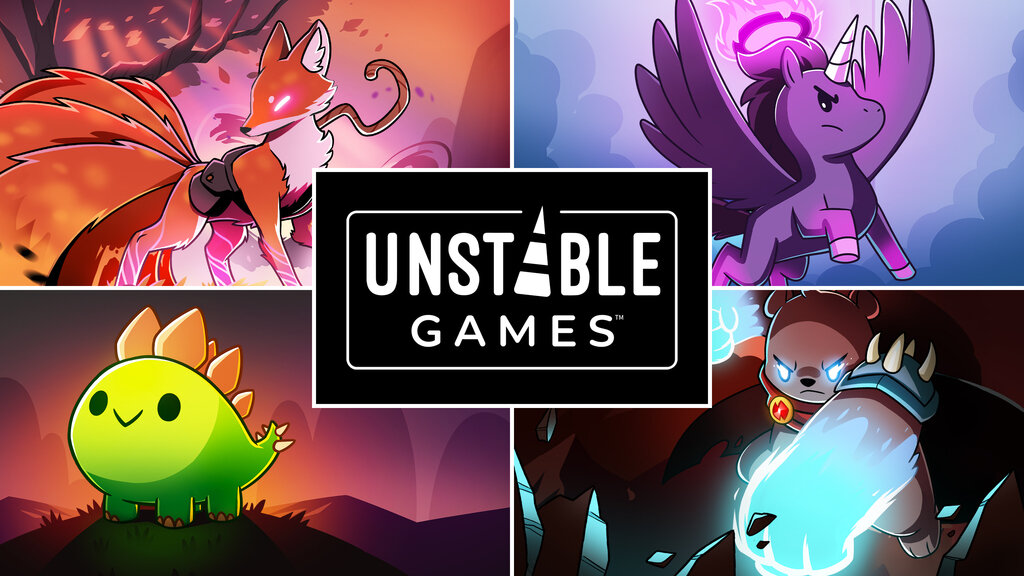 Something Big is Coming in 2023

Join 1,440 other people!
We are working hard on a new game to release on BackerKit in early 2023. That’s all we’ll say for now, but stay tuned as we reveal more about this project…


We got our start back in 2012 designing nerdy t-shirts, but our lives changed forever when we launched our first Kickstarter project, Unstable Unicorns, in 2017. Since then, we've been designing tabletop games with the goal of bringing people together through interactive gameplay, engaging characters, and immersive worlds. With each project, we learned from our fans and their enthusiasm pushes us to create something new and exciting that we ourselves want to play over and over.
In the years since Unstable Unicorns launched, we have been building our Unstable Games brand to include a collection of titles that are now sold online and in stores around the world. We’ve raised over $11 million on Kickstarter through 6 successful campaigns. And outside of crowdfunding, we’ve launched titles like Happy Little Dinosaurs and Tic Tac K.O. that can be found in stores like Walmart, Target, and Barnes and Noble.


Casting Shadows is our most recent Kickstarter project, and our most ambitious project to date. The game has unique components, magical artwork, and strategic gameplay that come together to create an immersive and enchanting world. We were thrilled when it became our most funded project of all time, and one of Kickstarter’s top 100 most backed projects. The game is in production now, and is set to release in 2023.

Here to Slay is a strategic card game that was created for players of all skill levels, making it perfect for tabletop gaming experts and people who are just entering the world of role-playing games. When the project launched on Kickstarter, it became one of the top 50 most backed projects of all time. Since then, the Here to Slay world has grown to include two expansion packs introducing four new Party Leaders and an online card customizer where you can create your own Party Leader using your own unique artwork and effects.


Unstable Unicorns is the one that started it all! When the project was on Kickstarter, it was one of the top 100 most backed projects of all time, and in 2019 it won the Toy of the Year People’s Choice Award. Now, the game has sold over 1 million copies worldwide! Its success allowed us to create an entire brand focused on dreaming up brand new titles, and expanding the world of Unstable Unicorns. The title now has a blush-worthy NSFW base game, six expansion packs that offer a cast of hilarious characters, and an easy-to-learn kids version of the game.

By submitting your email address, you agree to receive news and updates about Unstable Games's projects.