Coming to Kickstarter in 2022!
Seas of Havoc 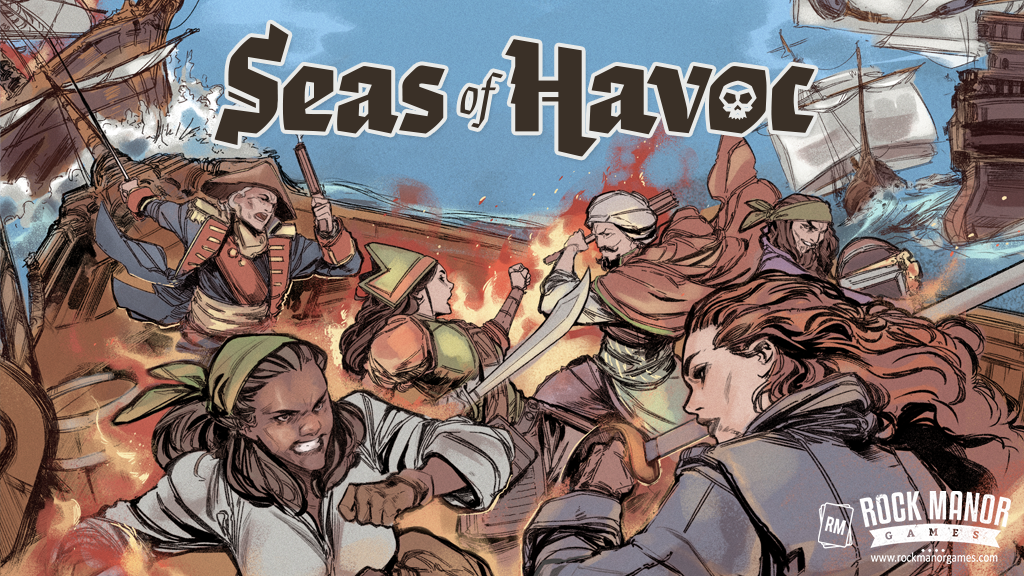 Get Ready for 🏴‍☠️ Seas of Havoc!

Add your email to receive news and updates about Rock Manor Games's projects.

In Seas of Havoc, players engage in naval skirmishes driven by deck building and worker placement. Players take on the role of a unique captain of a ship where players are competing for the most infamy. Players can gain infamy for discovering shipwrecks and battling it out on the high seas.

The game is split between a combat phase on the high seas and an island phase where players send out their skiffs to worker placements to gain resources, improve their decks, repair and upgrade their ship. During the combat phase, Players will play out a hand of cards to maneuver their ship; navigating obstacles, searching shipwrecks and firing cannons at their opponents. Multi-use cards offer options as the battle unfolds and card bonuses reward smart play.

Sign-up so that you don't miss our launch on Kickstarter!

Add your email to receive news and updates about Rock Manor Games's projects.