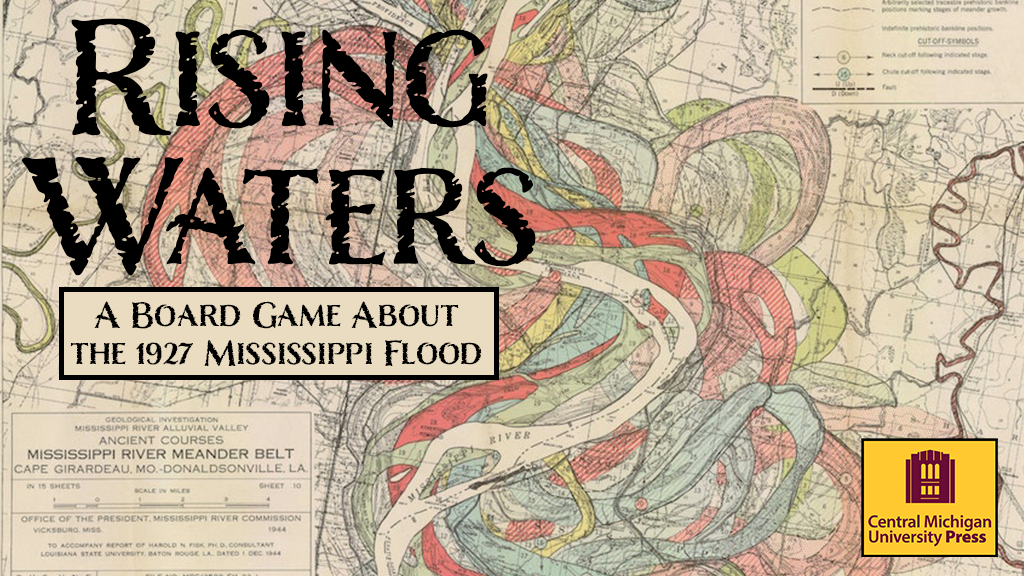 Get Ready for Rising Waters

Join 90 other people!
It’s Spring, 1927. While Americans dance the Charleston and drink bootlegged liquor, the Mississippi Delta faces a flood of epic proportions. If battered river levees collapse, everything important to you will be washed away.


RISING WATERS is a cooperative board game built around area control, set collection, and variable player power mechanics where players take on the roles of African Americans confronting two powerful and arbitrary forces: the racism of white landowners and nature. Resist by drawing on hidden strengths like your family, church, music, plots of land, and education. Can you manage the rising waters to stay alive?


During the flood, work together playing as members of the African American community to keep your family and neighbors alive by minimizing losses during the flood. Players must also negotiate the arbitrary demands of white landowners. If players keep below the maximum level of losses for a certain number of rounds, they’ve survived the worst of the flood and win the game!


RISING WATERS is a 2-4 player game of community, resistance, and the struggle against nature suitable for both classroom use and casual play from Central Michigan University Press.

Coming to Kickstarter on October 4. Sign up for updates on the game and know the moment when the Kickstarter is live!

By submitting your email address, you agree to receive news and updates about Central Michigan University Press's projects.