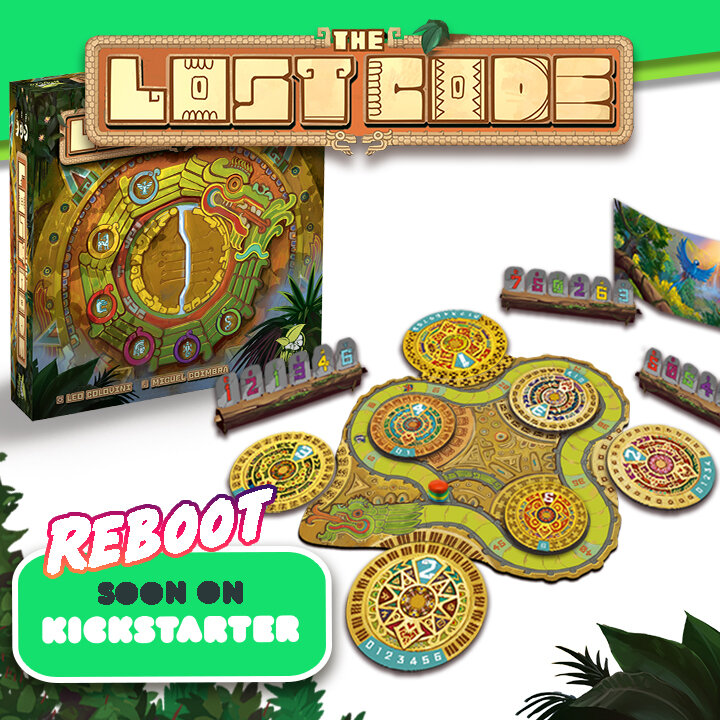 Can you help us bringing this board game to life?

A board game for 2 to 4 players, The Lost Code is a remake of the original Think Str8!, one of Leo Colovini's most appreciated games, that features brand new illustrations by Miguel Coimbra, 1 new game variant, 2 new expansions and new game components such as the double sided wheels, the engraved dice and the cardboard logs and numbered tiles.

Like its older version, released in 2015, The Lost Code is a game about making clever deductions that will test your brilliance, intuition and luck!

In this game there are 6 sets of different colored tiles, each one numbered from 0 to 7 (8, if you play the variant). Each player has 6 tiles and needs to find out which numbers he has while being able to see the numbers on the tiles of the other players.

During the game, by using logic and pushing your luck, you will be able to tighten up the range of possible numbers you may have and, during the scoring phase, place the less guesses you can.
The closer you get to the correct answer, the more points you score!

Be one of the first supporters to receive a postcard signed by the author and a wooden token for "The Curse of the Temple" expansion that replaces the cardboard one already included in the box. Please note that both are currently under development and the final version may be different.

Can you help us bringing this board game to life?

By submitting your email address, you agree to receive news and updates about Mojito Studios's projects.