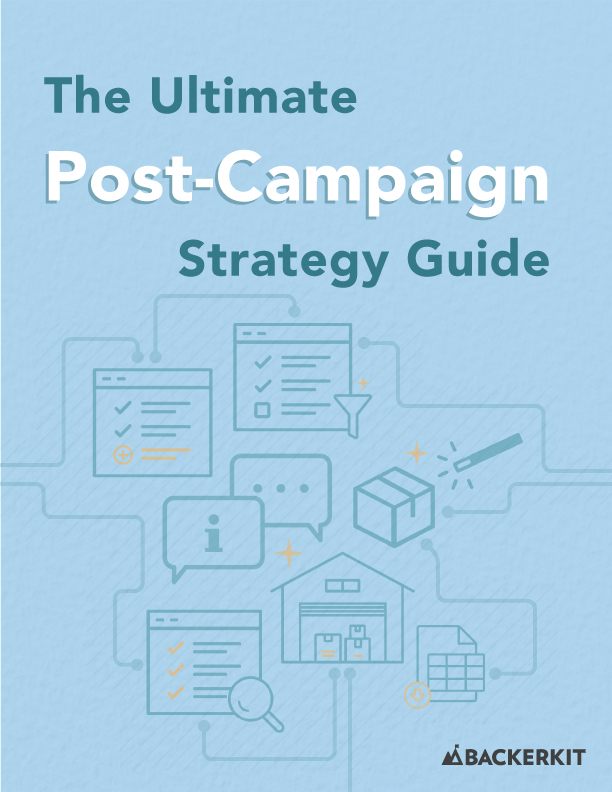 So you’ve completed your campaign! Now it’s time to collect your funds and start creating. This should be the easy part, but you can expect a small percentage of your backer pledges will fail to convert when it’s time to charge credit cards.

Failed payments are a common occurrence in crowdfunding campaigns; it’s estimated that anywhere between 1% and 5% of campaign pledges are ‘errored’. There are many reasons why payments fail, most of them innocuous. Credit cards can be declined by the issuing bank; sometimes backers may be unaware that they have been maxed out or reached their expiry date.

Failed payments do not affect your project’s funding goal. In other words, if that failure to collect puts your project percentage below 100%, it will still be counted as a ‘successful’ project, and you will still collect on the rest of your pledges.

Payments can also be blocked by Kickstarter’s and Indiegogo’s payments processor, Stripe. Stripe has an algorithm that blocks transactions it believes are fraudulent or high risk, but occasionally it blocks legitimate payments. If you’ve set up custom rules in Stripe, make sure to confirm that they don’t unintentionally exclude any of your backers from paying their pledges.

What Happens on Kickstarter

When Kickstarter can’t retrieve a backer’s payment, the pledge is displayed in the creator’s Backer Report with an ‘errored’ status. If a backer’s pledge is declined, Kickstarter will send them an email reminder every 48 hours, prompting them to rectify the issue. Backers with errored pledges have one week to update their cards. After a week has passed, Kickstarter will attempt to collect the pledge automatically for the last time before these backers are dropped from the campaign.

Recovering Failed Payments On Your Own

Creators might choose to chase up failed payments themselves. Sending a personalized follow-up email to backers with errored pledges can help remind them to fix their payments, and may grab their attention more effectively than an automated email reminder.

Sometimes a backer will want to honor their pledge, but their payment method isn’t supported by the crowdfunding platform. In these instances, you might consider offering other avenues for payment. For example, if your crowdfunding platform only accepts credit card payments for pledge, you could offer backers with failed payments an opportunity to pay with PayPal, direct debit, or Venmo.

Chasing Up Payments in BackerKit

What about those backers who have missed out on Kickstarter’s one-week window? Here’s where BackerKit comes in handy: we give backers more time to update their payment information and get back into the campaign

BackerKit’s Customer Success team recommends that creators send out their surveys two weeks after their campaign has ended. Thomas Sleeth, BackerKit success representative, call this the ‘sweet spot’. “On Kickstarter, people will often have failed payments,” he says. “They’ll need to update their card, they might have a fraud warning, they might have changed banks.” It takes about two weeks for Kickstarter to collect funds and disburse them. That’s when you’ll know which backers have and haven’t paid.

Any backer who doesn’t upload payment within this timeframe is marked as ‘failed’ and their pledge is recorded at $0. BackerKit then sends these backers a survey, which gives them an opportunity to honor their pledge to your campaign. If you send the survey close to the campaign end date, the project will still be fresh in the backer’s mind and they will be more likely to rejoin, especially because BackerKit can keep the survey open for as long as the backer needs to get their payment squared away.