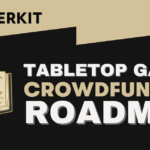 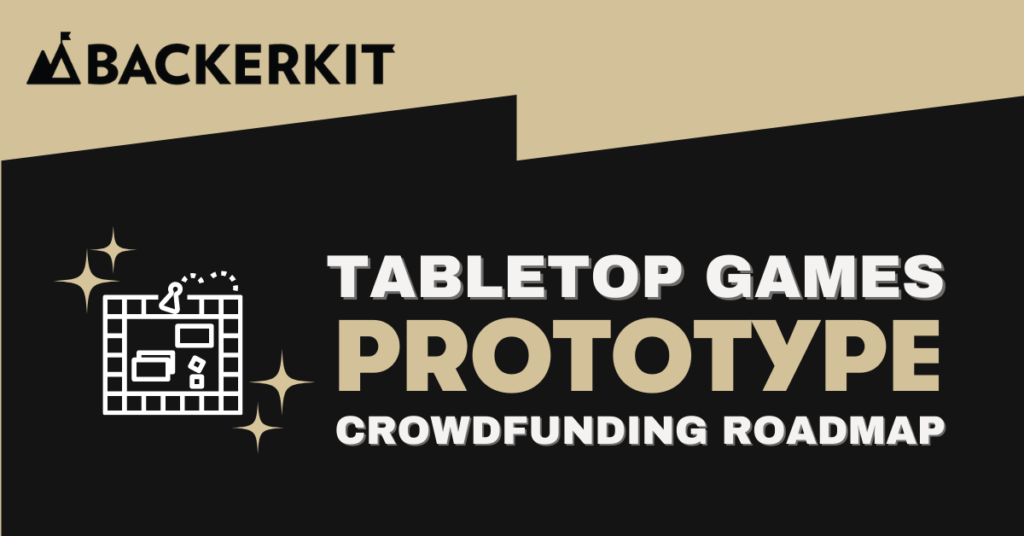 Now that you’ve networked at some cons and events, it’s time to build your physical prototype to bring to the next one.

Hopefully, you’ve organized everything you have up until this point into a centralized location. Your notes, early drafts of rules and mechanics, concept art, and so on should be easily accessible because it’s now time to physically bring this idea to life —the fun part!

First Prototype
Remember, this introductory prototype is going to be horrible, and that’s ok. Recycle some old cardboard, get out the Sharpie markers, get some scissors and tape, and throw in any used game components you may have lying around that will work. This first prototype will very much look like Frankenstein’s monster.

Since you have a landing page, newsletter, and social media pages, now is a great time to take pictures of this prototyping process and share it with your community. Folks LOVE seeing behind-the-scenes content. Share everything, ask for feedback, and be open to changing your mind if someone suggests something you never thought of. If you approach the early prototype phase as a team exercise (with your team being your community), you will have a great time. Sure, it’s a lot of work, but it will pay off and set you up for success when you start the playtesting stage.

Some notes on things to keep in mind while crafting your first prototype:

Prototype Evolution
It’s best not to get attached to any single prototype as you will likely have many, many iterations before you get ready to start drafting your Kickstarter campaign page. The main goal here is to create a solid foundation that you can now share and consistently improve.

The prototype phase will definitely carry over into the next stage — Playtesting. When all is said and done, it is completely normal to have several iterations that will change quite drastically as you get folks to actually play and offer feedback. Listen to your playtesters, as they are the ones that will inevitably convert into a backer.


A comprehensive list of prototyping resources from Board Game Design Lab.


*The in-person event is on pause through 2021
If you are in the San Francisco Bay Area, you should attend our monthly game night where game designers test their prototypes, network, and meet potential backers who are there just to play games and give feedback.

Have feedback or something you'd like to see added to this roadmap?
Let us know at: community@backerkit.com