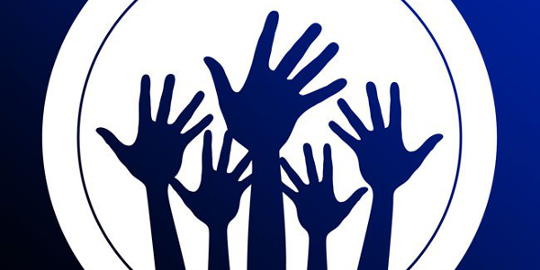 BackerKit will be moderating a panel at GenCon 2016 with creators who have run successful crowdfunding campaigns on Friday, August 5 at 2pm. If you’ve ever been curious about what it takes to run a campaign, join us! Attendance is FREE and you can sign up HERE.

In this series, we’ll be profiling some of the project creators who will be speaking on the BackerKit moderated panel. We chatted with Ben Dobyns & Chris Ode of Zombie Orpheus Entertainment about some of their #1 tips for getting into crowdfunding.

Hi! Can you tell us a little bit about yourself? Who are you and what do you do?

“Ben has been producing films and independent series since 1999.  He’s the co-founder of two production companies (Zombie Orpheus Entertainment and Dead Gentlemen Productions) and currently oversees logistics for most every ZOE production (as well as writing some upcoming ones!).  He’s worked in nearly every crew role imaginable and brings a wealth of knowledge and experience to all stages of production.

Chris has been involved in independent film since 2002.  He was a co-founder of Dead Gentlemen Productions and currently produces various projects with DG’s sister company, Zombie Orpheus Entertainment, as well as managing and performing with Hat Trick Pony Improv.”

Can you say a few words about why you think crowdfunding works so well for the series and projects you’ve created?

“From the beginning, with the unexpected success of the cult hit “The Gamers,” there was always a deliberate effort made by the people involved in these projects to respect the fans and share in their delight.  The fans recognize and appreciate that authenticity, and they’ve responded to it by empowering us to create multiple crowd-funded projects.  They frequently express seeing themselves not only in the characters on the screen, but also in the creative community behind those characters, and that kind of relationship is what makes it all possible.”

What  advice you would give to a creative who is thinking about crowdfunding for the first time?

“1 – Be realistic.  Certain categories do better in crowd-funding than others, known properties do better than unknown.  Don’t be pessimistic, but don’t fool yourself into unnecessarily aiming for the stars the first time around.  Some crowd-funding sites (e.g. Kickstarter) only release funds if you reach your initial target, so aiming too high for no good reason can really hurt you.

2 – Be prepared.  Sites will take a share of your pledges, so include that in your budget.  Remember that rewards cost money to design, create, and mail – are your rewards “worth” including given how much of your budget they’ll eat up (assuming they’re secondary to the final project itself)?

3 – Be patient. This will be stressful.  Even with our loyal and supportive fanbase it’s still nail-biting when you’re in the midst of a campaign, waiting for those contributions to come in and refreshing your browser every few minutes.  It’s crucial to monitor the campaign, though, and respond to feedback along the way, boosting the signal as much as possible.”

Where can people find you at GenCon?

“We’re at Booth #100, kitty-corner to Paizo immediately as you enter the Hall”