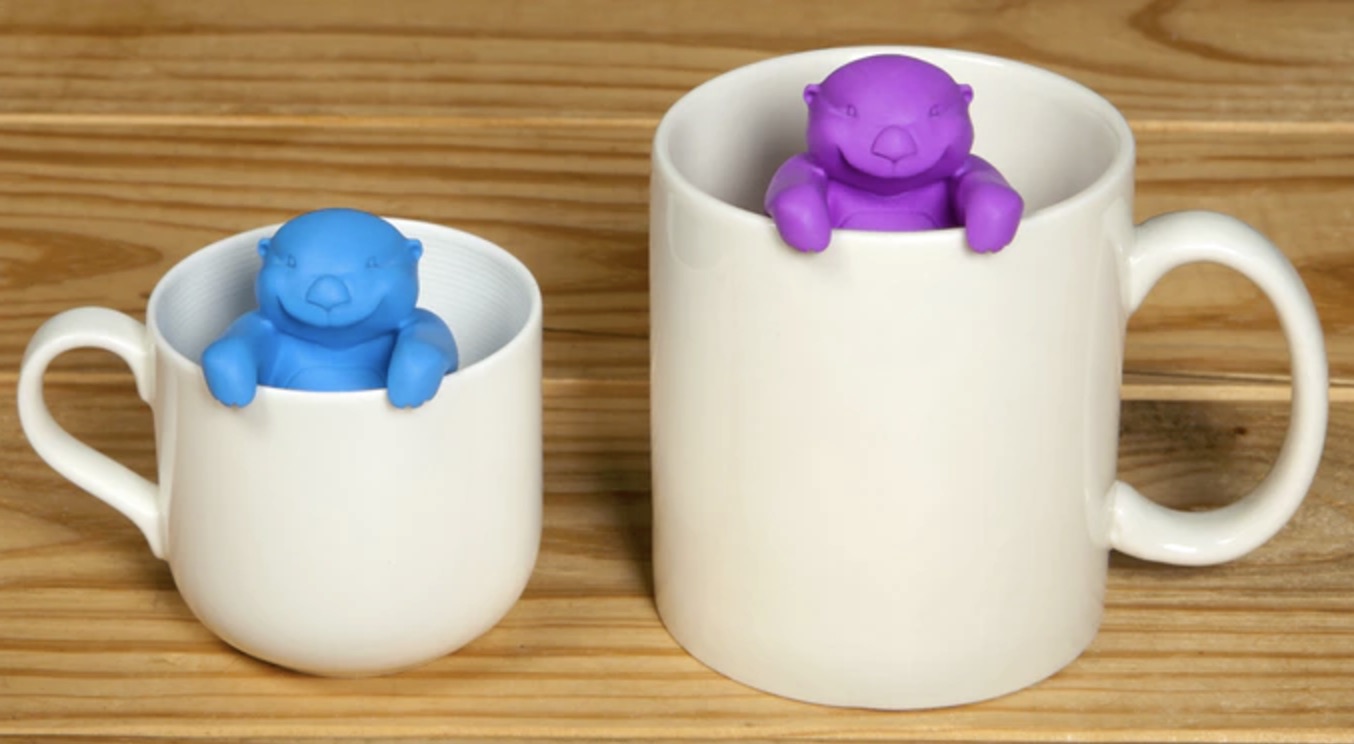 Boost Your Business with Crowdfunding

The conventional crowdfunding narrative typically features a first-time entrepreneur or fledgling start-up trying to raise enough capital to manufacture and ship a product to backers. But not all project creators are new to the game. Sometimes, established businesses turn to crowdfunding as a way to experiment with different business and financial strategies.

Founded in 2001, GAMA-GO is a wholesale and native consumer product design company based in San Francisco. It specialises in products and household objects with a quirky bent: animal-shaped tea steepers, bling-ring bottle openers, and Sriracha sippy cups for toddlers, to name a few.

GAMA-GO had been a successful business for over 15 years before it decided to launch its first Kickstarter campaign for the Tea Otter Tea Steeper. “We wanted to see whether or not leveraging our existing customers and fan base would be a useful strategy for launching new products,” founder and creative director Greg Long says. (The company had another motivation, too: a competitor had launched a product that was a “blatant, complete knockoff” of one of its existing products. “We decided to play them at their own game and see how it goes.”)

Long believed crowdfunding could also provide a way for GAMA-GO to balance its cash flow more attractively. GAMA-GO launches between 20 and 50 new products every year. “There’s a tremendous amount of development costs for each product, and we wanted to see whether any of that could be recouped up front,” Long says. Typically, GAMA-GO pays for toolings and development costs, and recovers those expenses “quite a bit down the road”, Long says. Potentially, a crowdfunding campaign could recoup these costs almost instantly, which could have a significant impact on the company’s operating expenses.

Being an established business meant GAMA-GO was already familiar with all stages of the business lifecycle: design, production, getting the product through customs, and fulfilling the order. “We felt very confident that we would have a successful campaign, and we felt pretty confident that because we know how to manufacture, we know how to fulfill, that we would be able to deliver the product without too much of a problem,” Long says. “We were very curious about the process, about social media, about how much effort everything took to have a successful Kickstarter and fulfill the Kickstarter.” 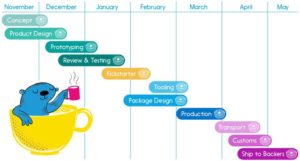 The process of designing, prototyping and getting the product ready for a crowdfunding campaign shared many similarities with a regular, non-crowdfunded product release, although there were some key differences.

Before its campaign was launched, GAMA-GO had two tea steepers — a turtle and an otter — that were designed and “ready to go”. “We made very sophisticated 3D prototypes of both of those items. Normally we do an in-house 3D prototype, but we went out-of-house and spent some money on getting really high-quality, realistic prototypes done.” Long says this helped “create media and pre-launch buzz”. Then he asked GAMA-GO’s fanbase to vote for their favorite product: the tea otter triumphed.

“When we normally do a product release, we certainly don’t put a whole lot of social media push behind it because we’re primarily a wholesale company. We don’t usually do a tremendous amount of direct outreach to our customers,” Long says. “Crowdfunding was an opportunity to do that and we had a good time with it. It was fun engaging with people who were into it — there were 400 people who were really interested in getting a tea otter.”

In some ways, Long says, running a crowdfunding campaign can be more complex than traditional business operations. “The way that Kickstarter works with their metrics is that you must have a good first day,” Long says. “If you don’t, a lot of doors close on you and your chances of having a successful project are really diminished.” The company focused its energies on achieving a strong showing on the first day, working to maintain that momentum through the end of the first week to show it was very close to reaching its funding goal.

But even the most experienced campaigners run into obstacles, and GAMA-GO’s campaign was no exception. Long says the company had “built in extra time” to buffer for any manufacturing delays, but the factory it enlisted had slowed operations significantly, resulting in a two-month delay for GAMA-GO’s production timeline.

Crowdfunding campaigns are time-consuming, and Long advises project creators to ensure they have enough resources to cover all their bases. “You would need someone full-time just to work on the social aspects and the PR aspects of the story. Developing media that you can roll out regularly is critical,” he says. But getting press coverage was “extremely challenging”, Long says. “The press is much more reticent to cover any crowd-sourced product”. “Unless you already have a very large user base, you need to figure out how you are going to get any sort of press.”

By virtue of its longevity, GAMA-GO has a substantial fan base. “We have been in business for 16 years,” he says, “and we worked hard to energize that fan base”. He says there are “pretty traditional cycles through the Kickstarter process that are well documented”, and recommends that prospective project creators “do their research to understand how to motivate people to back” before launching a campaign”.

Long read about successful and unsuccessful campaigns online and took Kickstarter crowdfunding campaigners out to lunch and asked them “a lot of questions” before embarking on his own project. “We did a tremendous amount of preparation beforehand,” he says. “We went it to it with our eyes relatively wide open.”

Greg Long will be appearing at a panel discussion on crowdfunding fulfillment challenges with project creators and representatives of Kickstarter and BackerKit at The Archery in San Francisco on February 23. Food and refreshments provided; reserve your spot here.