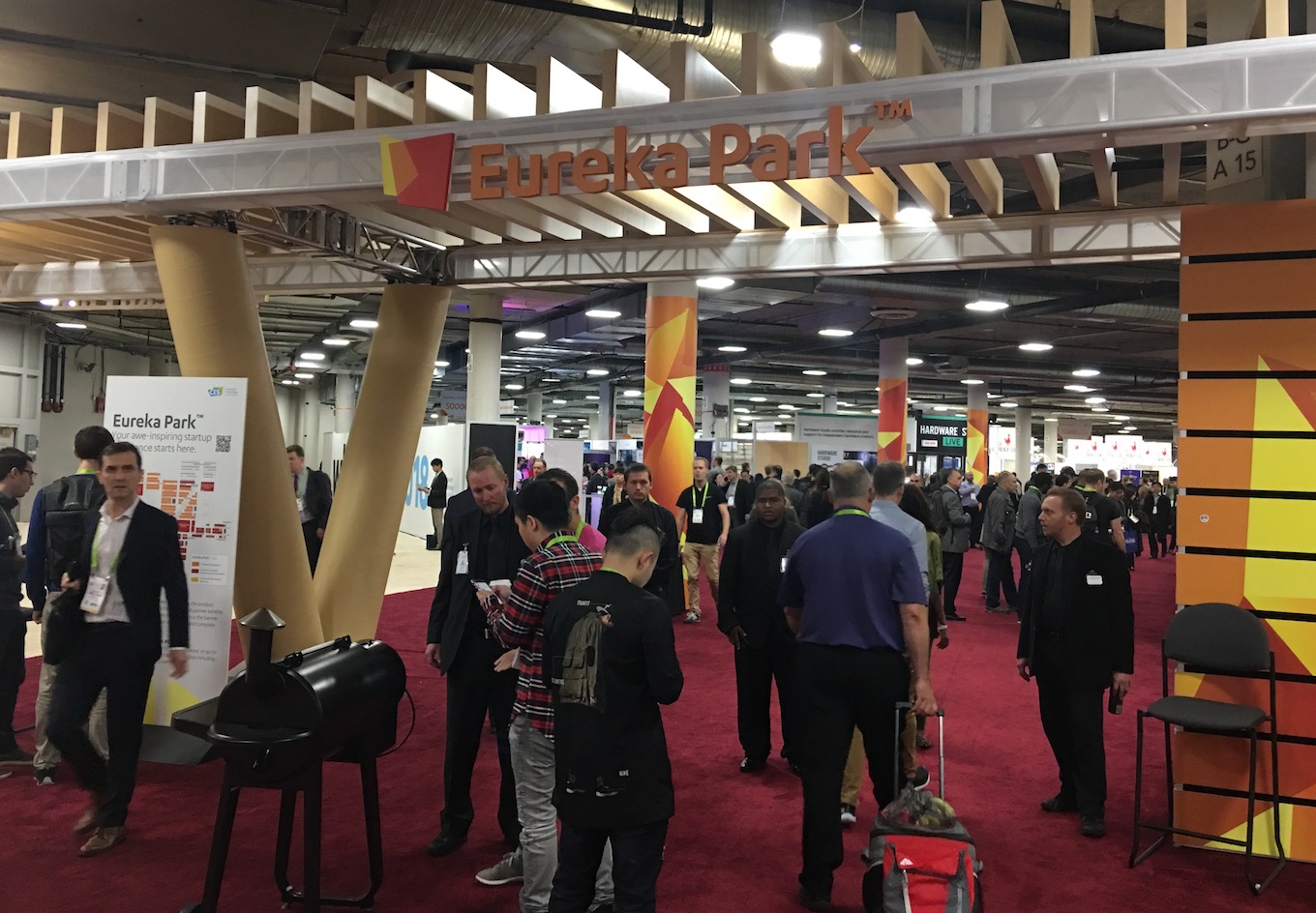 The BackerKit crew has been at CES 2018 for a few days now meeting dozens of crowdfunding creators. We’ve been getting priceless hands-on time with projects and impressed with the overall crowdfunding presence here. We’ve spent most of our time in the Eureka Park Marketplace located on the lower level of the Sands where the most promising tech pioneers are showcasing and demoing their tech. There’s an overwhelming amount of things to see, and we wanted to share a handful of cool projects that were brought to life through the power of crowdfunding! 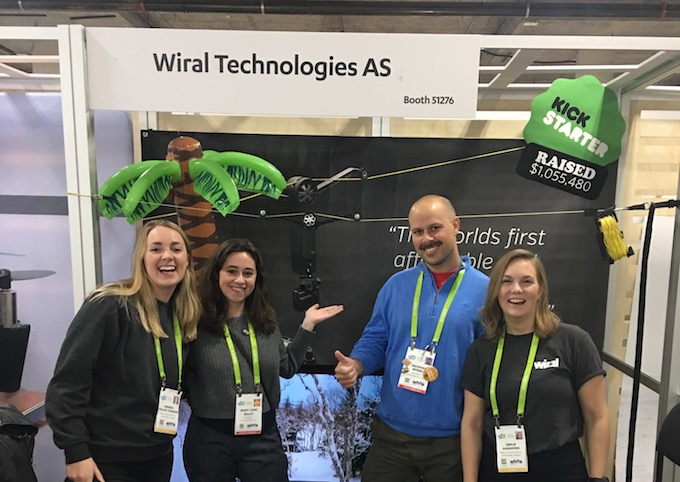 The Wiral LITE cable cam has experienced huge success on crowdfunding platforms Kickstarter and Indiegogo. In fact, thanks to countless hours of preparation before they even launched, Wiral reached their initial goal in less than 4 minutes! We got to meet co-founders Andrea Thorson and Emilie Aabakken to check out their Wiral LITE in action. The cam itself is affordable, easy to use, and gives people a whole new way to capture footage with their camera or smartphone. 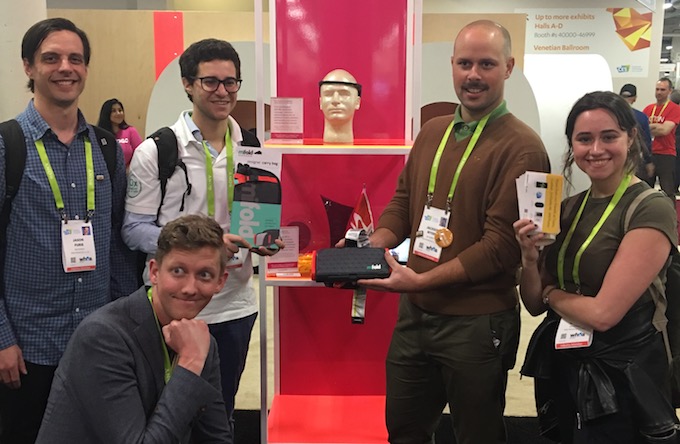 Indiegogo’s setup at CES 2018 is epic! There are dozens of great products on display including the mifold booster seat. We were lucky enough to catch up with our friend Davide Gandus (Senior Brand Manager) to check out the mifold and get a live demo. It’s an amazing product that’s extremely compact and portable. And we got to see a new carrying case accessory that looked great! 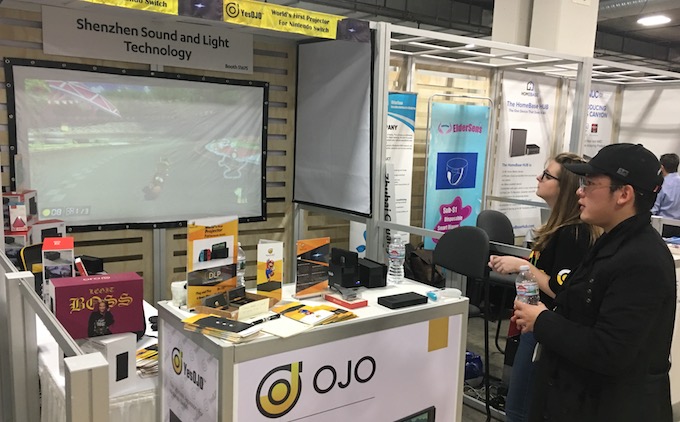 The OJO portable projector from YesOJO is a really cool product. It replaces the main dock for the Nintendo Switch and adds in a high-quality projector that has up to 4 hours of battery life. Anyone who owns a Switch can imagine how cool it would be to project your favorite games while playing with friends. The team here was very welcoming allowing me play some Mario Kart behind the booth using the projector! 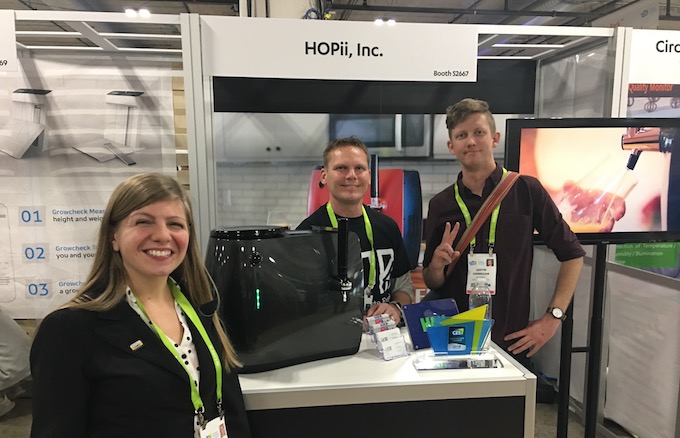 How could we not visit our friends at HOPii while at CES? This compact micro-brewery allows you to enjoy craft beers from the comfort of your own home. And we were proud to hear HOPii has won the 2018 CES Innovation Award! You can still support them on their pre-order store now! 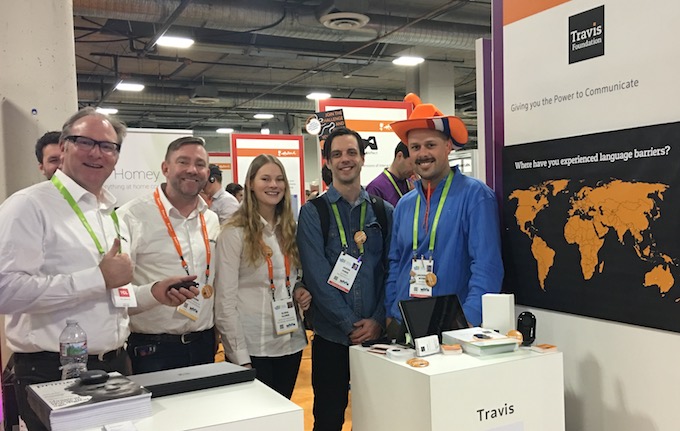 Travis the Translator is a really cool piece of tech allowing people from all over the world to easily communicate with each other! CES was a great opportunity to meet the team and experiment with the Travis in real time. It works like a charm, can translate over 80 languages, and has a spectacular built-in AI making conversations easy, seamless, and fun. There are so many exciting opportunities for this device, and I can’t wait for people to try it out. Be sure to visit their pre-order store to learn more! 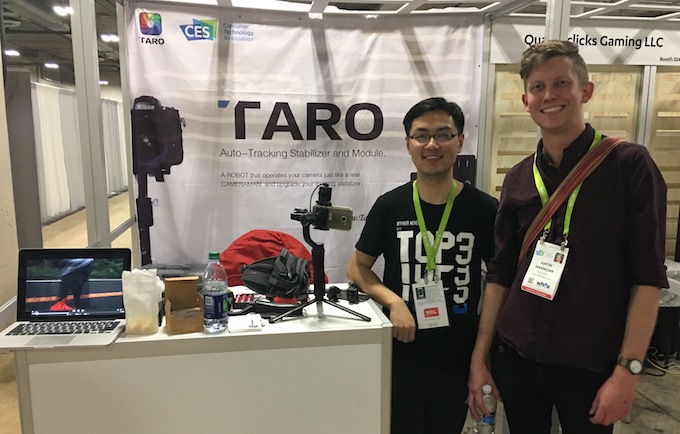 The Taro auto-tracking stabilizer for your camera is an impressive product that was smartly crafted by the Taro team. Seeing this product in action was mind-blowing. All you need to do is wear a comfortably small wrist strap and let the magic happen. The demo I saw was flawless and I could easily envision this working great at conventions, covering sports, vlogging, and so much more. And there were many variations that worked with smartphones, GoPro, and DSLR  cameras. Taro is definitely something to look out for. 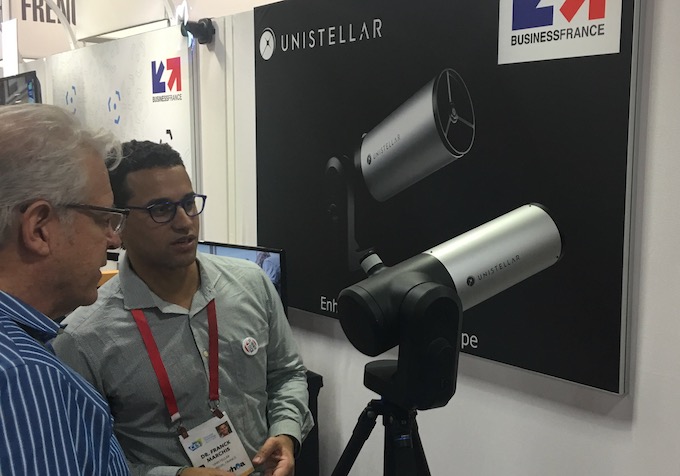 I was pleasantly surprised to happen upon Unistellar’s eVscope. It’s the first consumer telescope to actually reveal galaxies live through its eyepiece thanks to some very powerful tech. It’s surprisingly easy to use, compact, and even can connect with your smartphone. This is a prime example how science and technology can use crowdfunding to help build community and reignite Astronomy as a fun and easily accessible hobby. 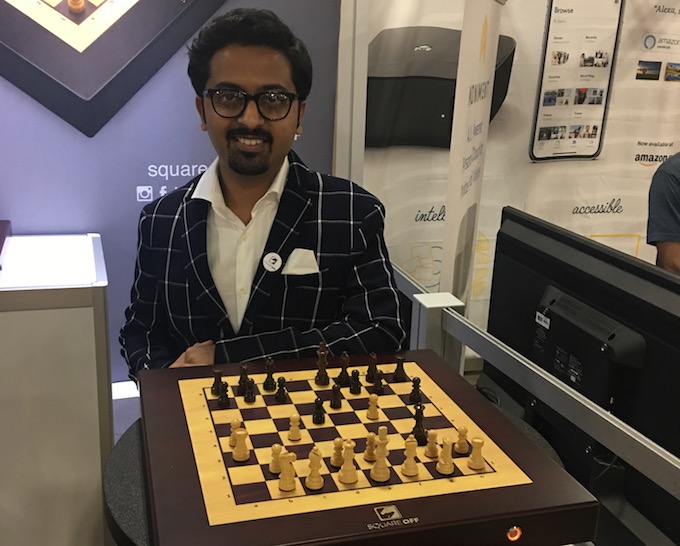 Square Off’s CEO Bhavya Gohil saw me from a distance eyeballing this amazing chess board and invited me inside the booth for a demo. I was joined by Product Marketing Manager Neel Jain and was instantly won over by this new way to experience chess. It allows you to choose an opponent anywhere across the world an play a match in real time. I played a short round with the physical pieces while the board moved the pieces as if by magic in return. I felt like I was playing against a ghost and it was awesome! 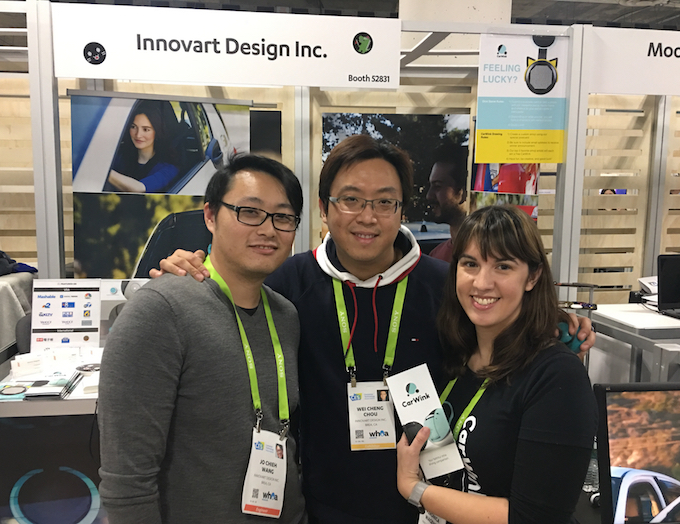 CarWink is changing the way we drive making the roadways a nicer place! It features hands-free voice control for safe and convenient interactions between drivers. I was lucky to meet CEO of InnovArt Design and talk about this exiting new product and see the CarWink in person. Hopefully more people adopt the CarWink making the road a less stressful place. 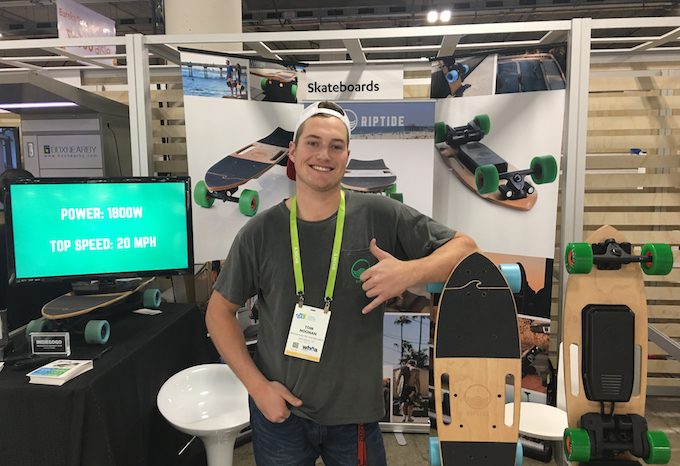 I had a blast hanging out at the Riptide booth with team member Tom Noonan. He had a ton of enthusiasm for this really cool electric skateboard. I got to check out the Riptide R1 model alongside some fun headlight accessories. I was impressed by the high-quality features and surprised at how affordable this model is compared to others on the market. The built in side handles were a nice touch making the Riptide extremely portable.

CES 2018 is jam-packed with projects brought to life through crowdfunding. The level of innovation, passion, and overall excitement within the walls of the Eureka Park Marketplace is definitely inspiring. The BackerKit team has been having a blast meeting all the creators and demoing all their products. The crowdfunding presence here at CES 2018 is alive and well.