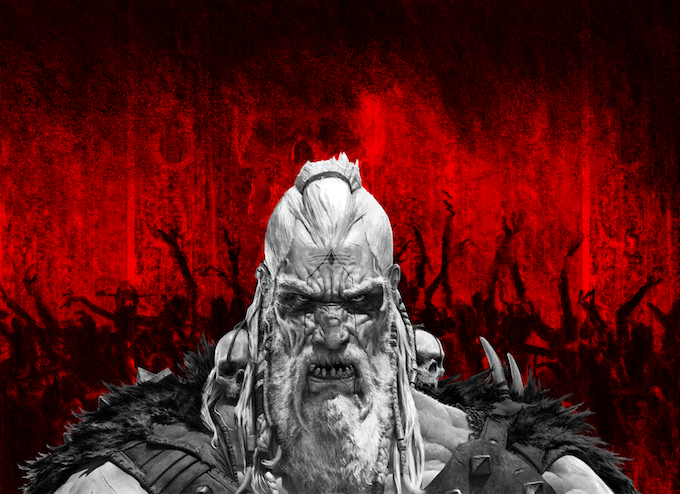 CMON is quite literally the most prolific tabletop studio and publisher on Kickstarter to date. They’ve created 29 successful campaigns on the platform raising nearly 40 million dollars thanks to such hits as Zombicide and Massive Darkness. As each new tabletop game releases, CMON recruits a dedicated fanbase eager to consume their next project.

Enter HATE, CMON’s latest tabletop experience inspired by the dark and evocative work found in acclaimed artist Adrian Smith’s Chronicles of Hate graphic novel series. Smith has created a stunningly dark and violent world that captures the imagination through unparalleled visual storytelling doubling as an impressive art  book. Anyone who’s seen Smith’s art will understand why CMON and Guillotine Games have partnered with him to bring us HATE. The beauty of running this campaign on Kickstarter is having the ability to remain 100% true to the original source material without stripping out any of the atmosphere and brutality. 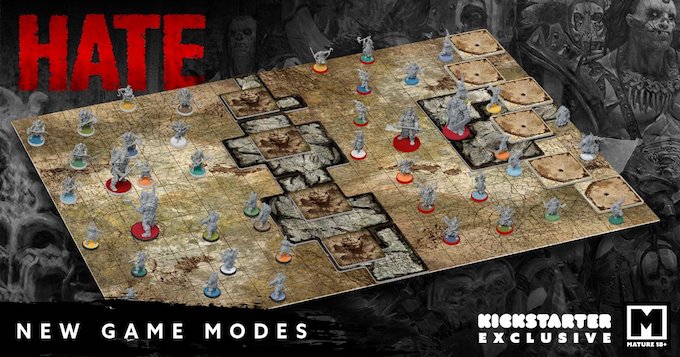 Here’s the catch. HATE is a Kickstarter exclusive campaign meaning if you don’t back now, your chances of missing out are extremely high. There are only hours left to lend your support and secure your copy of HATE. Here at BackerKit we’ve seen hundreds of tabletop games reach success on Kickstarter, and HATE is definitely top tier stuff. All the elements of a solid tabletop experience are included. Between the aforementioned artwork, the stellar and exquisitely detailed miniatures (there are so many included!), and the immersive 2-6 player game mechanics, HATE has all the ingredients needed to be an unforgettable game to add to your library.

Take control of your tribe and lead them in battle against your opponents. Each battle pits two tribes controlled by different players, clashing against each other to achieve objectives, massacre the enemy, and reap rewards from blood and land. As the Chronicle unfolds, players engage each other in numerous clashes in an effort to defend or conquer territories, trying to be the ultimate Tyrant and rule the wastes of the world. While the HATE core box initially allowed for up to 4 players to fight through a Chronicle together, more tribes have since been unlocked allowing the game to expand to up to 6 players. -Description form the Publisher

Time is running out, so head to the exclusive HATE Kickstarter campaign page now to make a pledge, learn more, and follow along with important campaign updates until the campaign ends on February 7th, 2018 at 3PM PST.