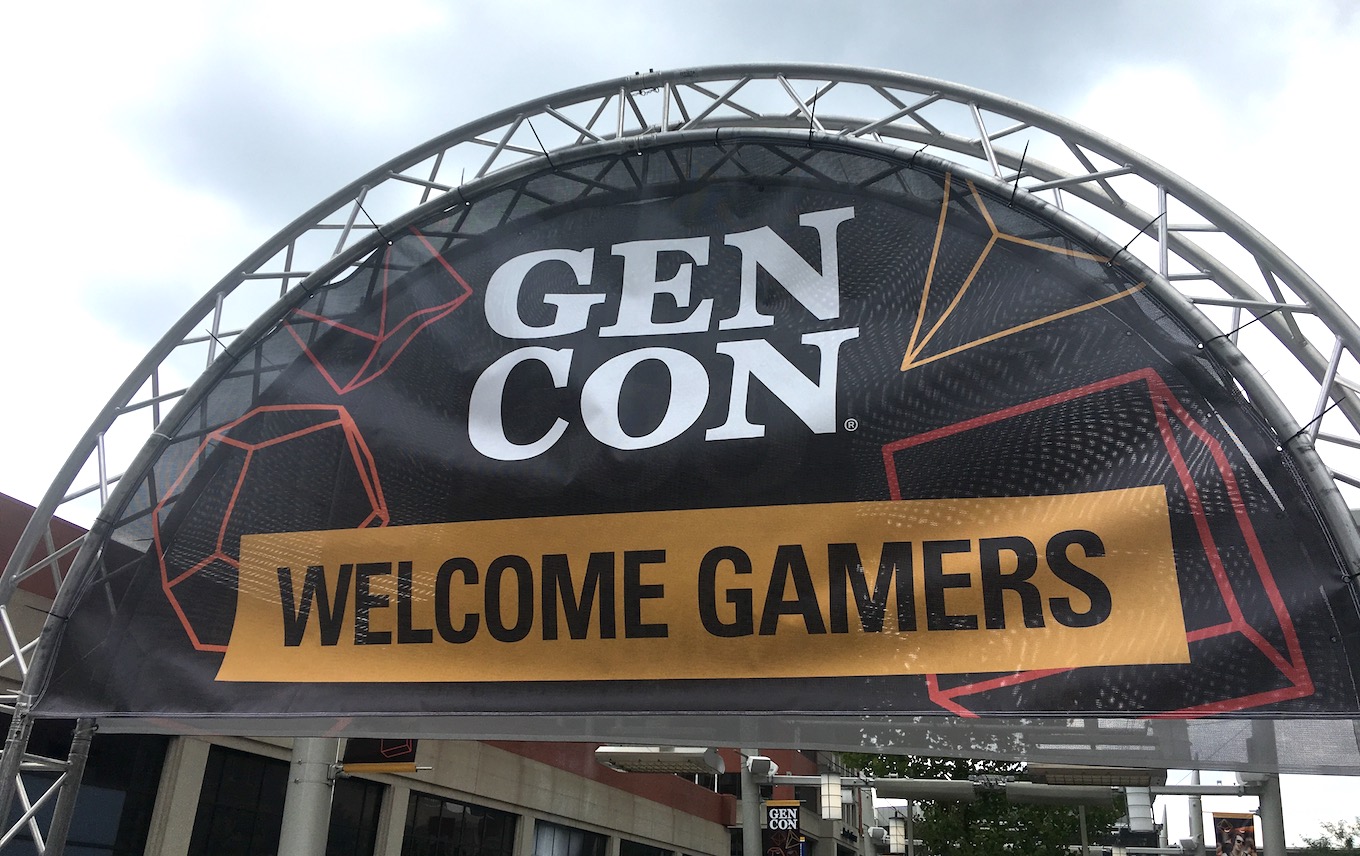 The BackerKit team has been having a blast exploring the aisles at Gen Con 2018. We’ve visited hundreds of epic booths meeting amazing tabletop game creators who’ve all brought their games to life through crowdfunding.

Here’s a handful of cool booths we visited featuring game makers who use crowdfunding to build their community and fund their games. 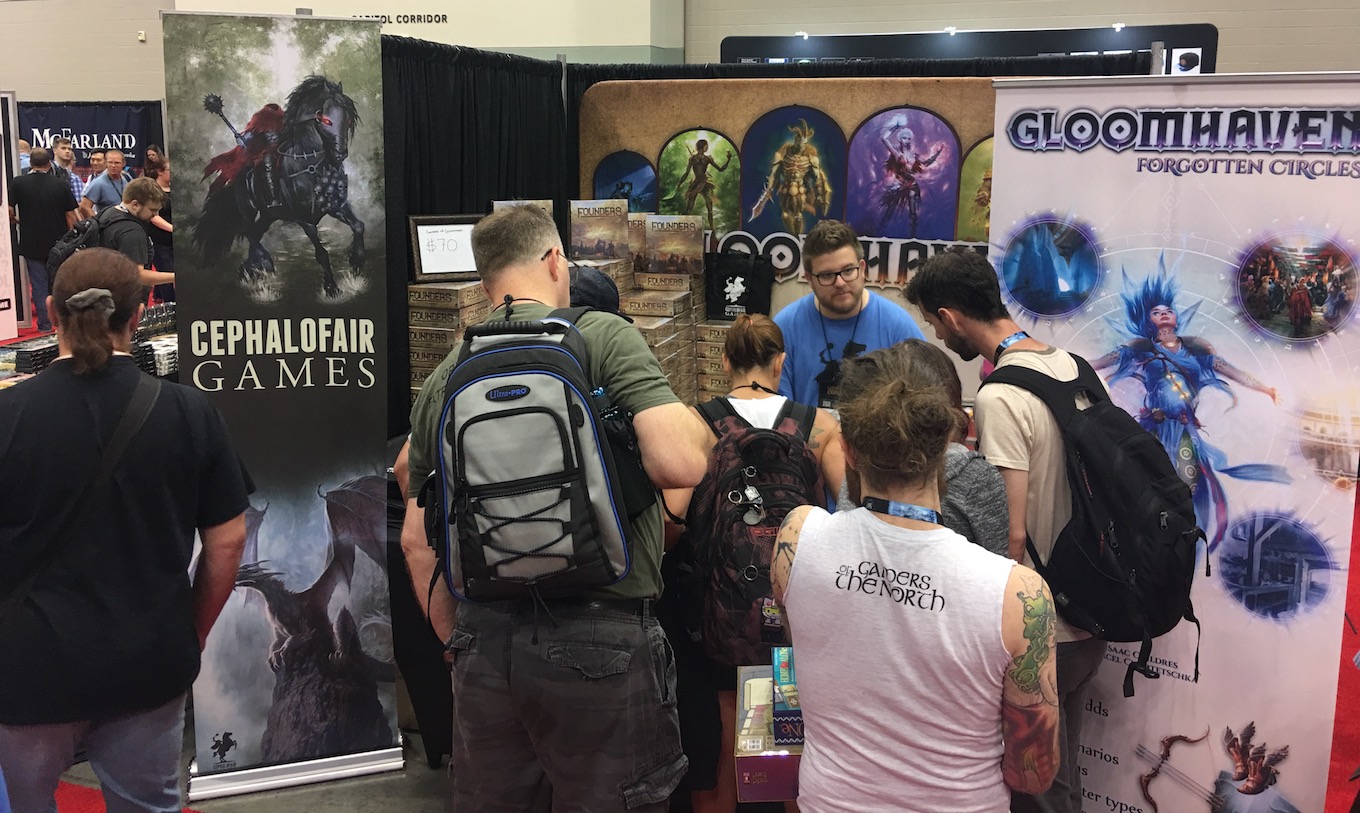 There’s no denying the impact Gloomhaven and Founders of Gloomhaven has when it comes to crowdfunding and building a dedicated community. We’re excited to hear founder Isaac Childres talk about his experience engaging his community of followers at our Gen Con Panel Saturday at 5pm. 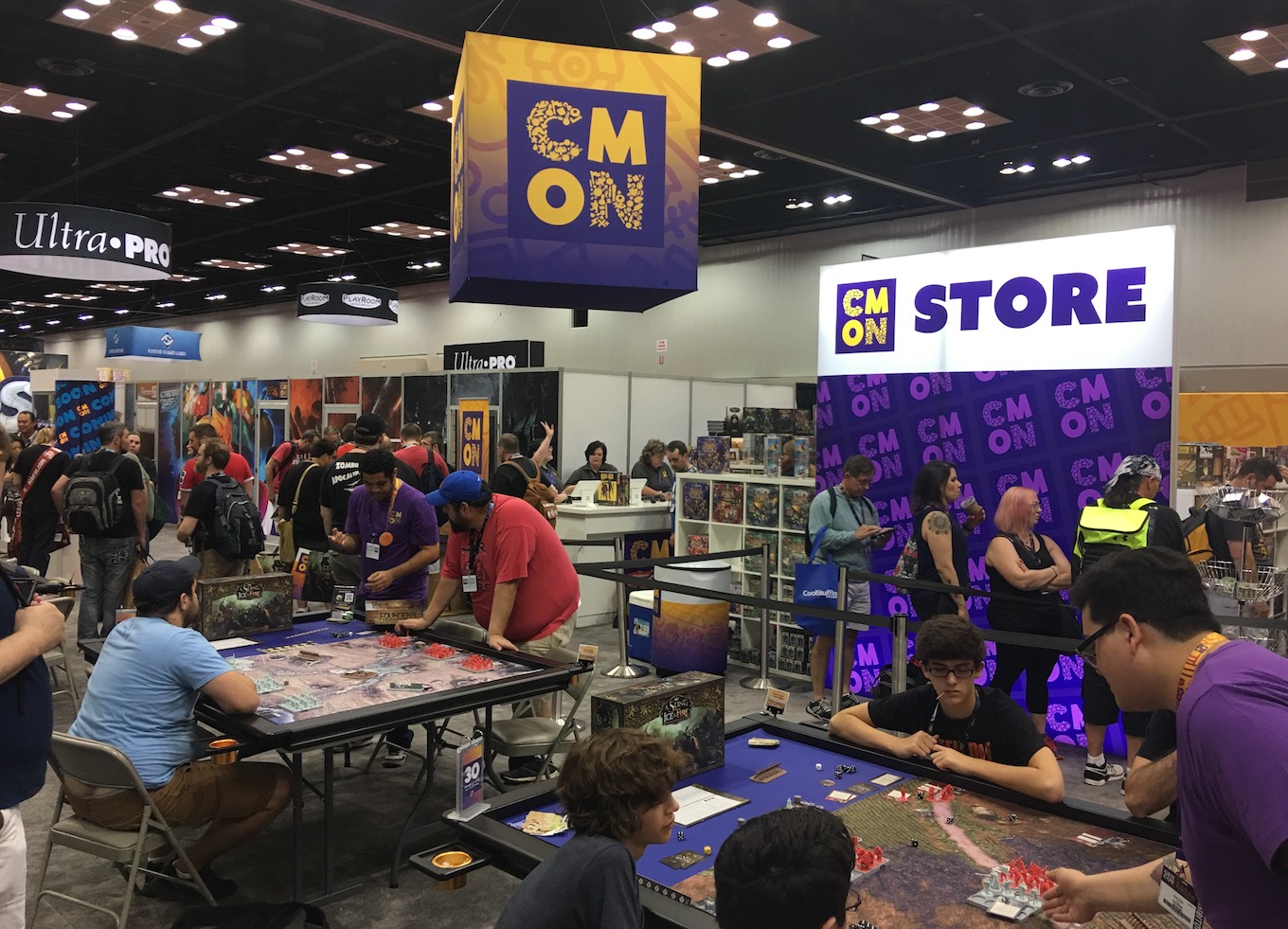 The CMON presence here at Gen Con 2018 is massive! Fans from all over the world head straight to their booth to experience the latest and greatest CMON has to offer. It was a blast seeing fan favorites like Zombicide and Rising Sun. And I was completely mesmerized while watching a group play A Song of Fire & Ice. There’s a reason people flock to this booth. CMON consistently makes epic games using the power of Kickstarter to build and engage their community. 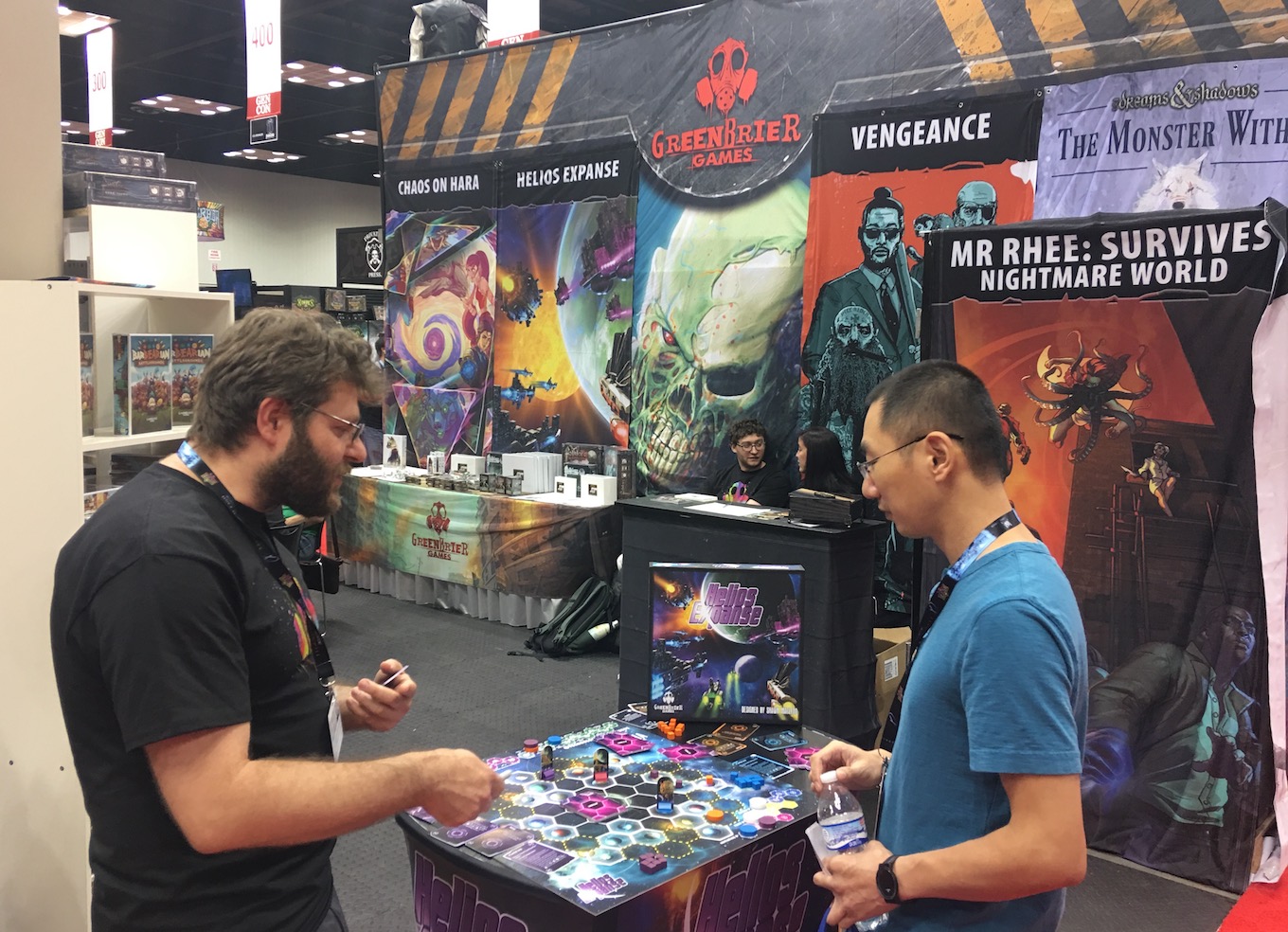 I enjoyed my time at the Greenbrier Games booth. There was a huge variety of games to play and it was great getting some hands-on time with Helios Expanse. Every game I’ve played from Greenbrier Games has been a blast and features some truly awesome artwork. 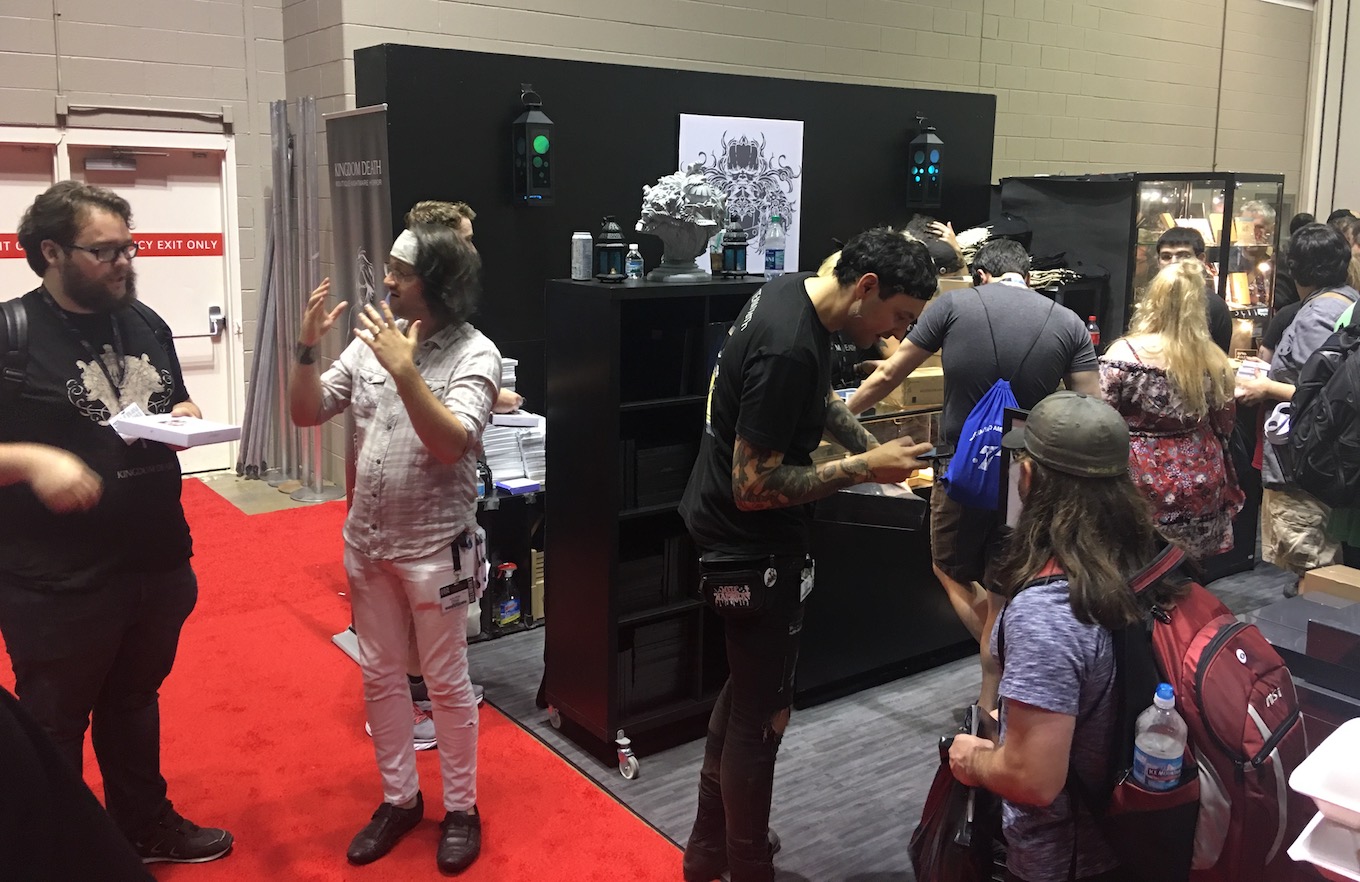 We love creator Adam Poots who has been building his community on Kickstarter for years. He’s crafted one of the most gorgeous and intricate tabletop games I’ve ever seen with Kingom Death: Monster. And no matter how overstuffed his booth gets, or how many fans are trying to to get his attention, he’s always happy to say hi and talk shop. A great leader and role model for the crowdfunding community. 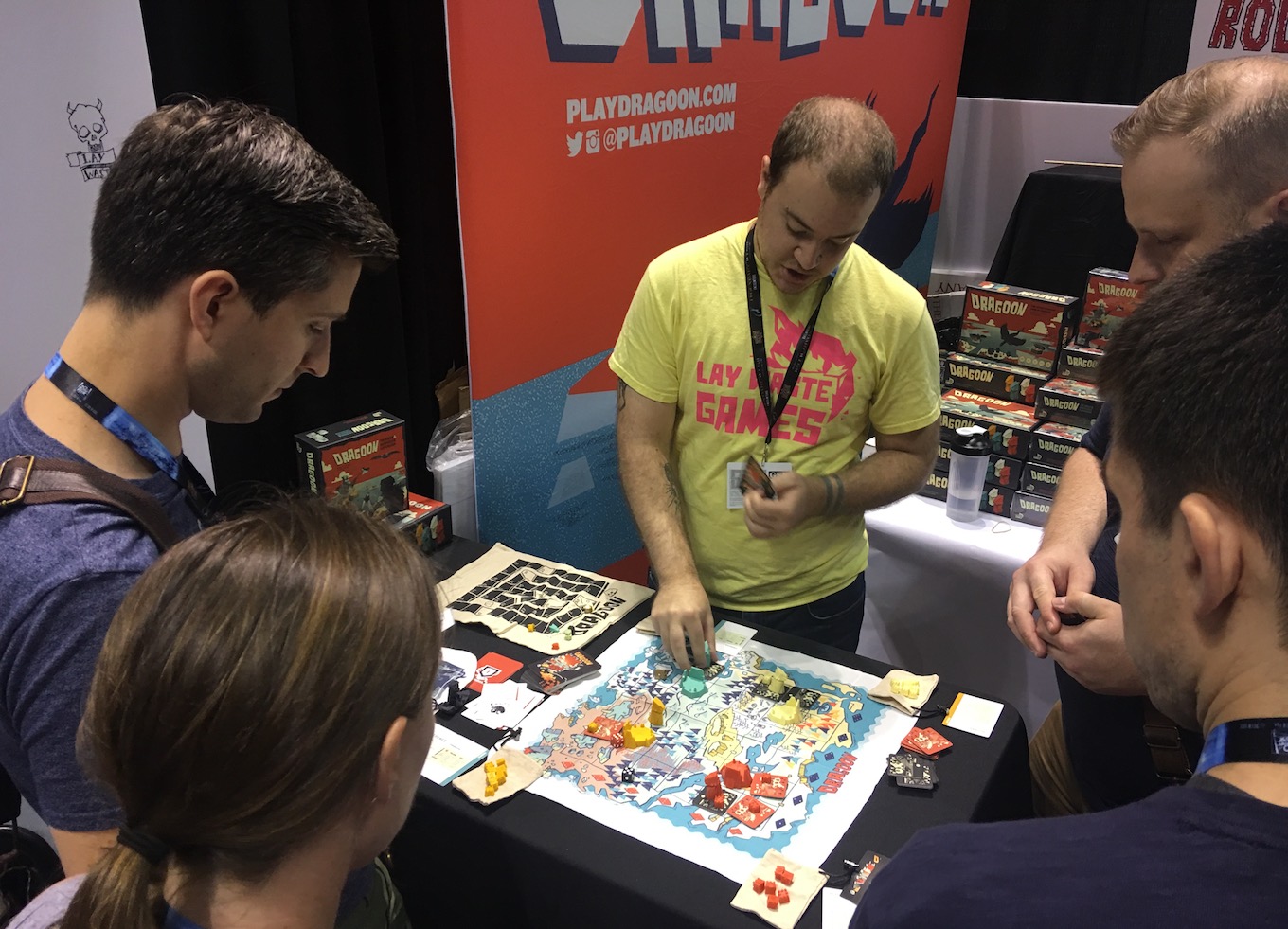 The Lay Waste Games booth is always a blast to visit. The staff is rad, the games are gorgeous and fun to play, and the swag table is brimming with awesome extras like pins and stickers. From Dragoon to the upcoming Human Era, there’s a lot to be excited about with Lay Waste Games. 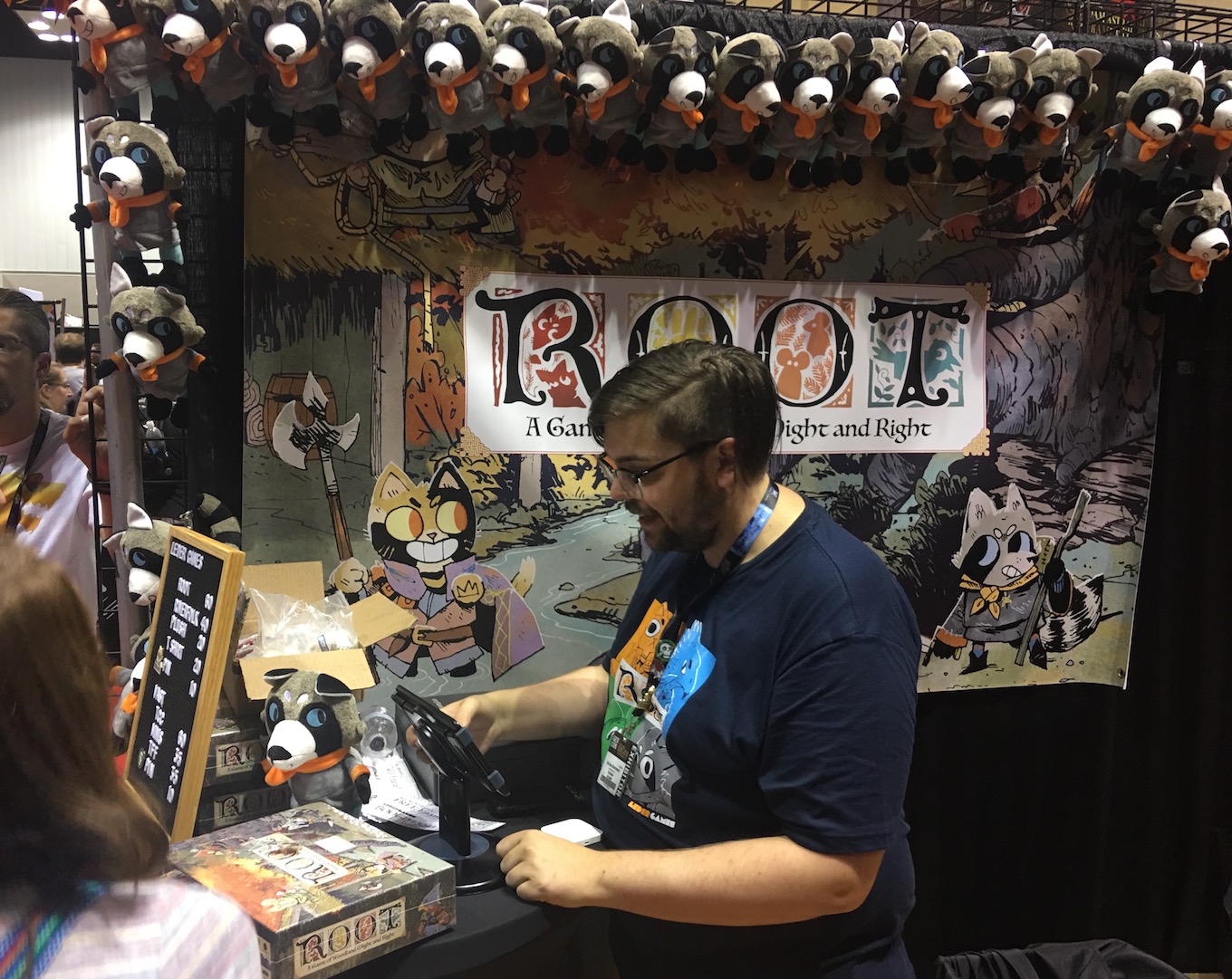 This week we received our copies of Root: A Game of Woodland Might and Right AND got to visit the popular Leder Games booth here at Gen Con. It’s a good time to be a gamer and Leder Games always delivers a fun experience with wonderfully striking art design. If you’re at Gen Con and missed the Kickstarter campaign, get to their booth fast to secure a copy of Root. 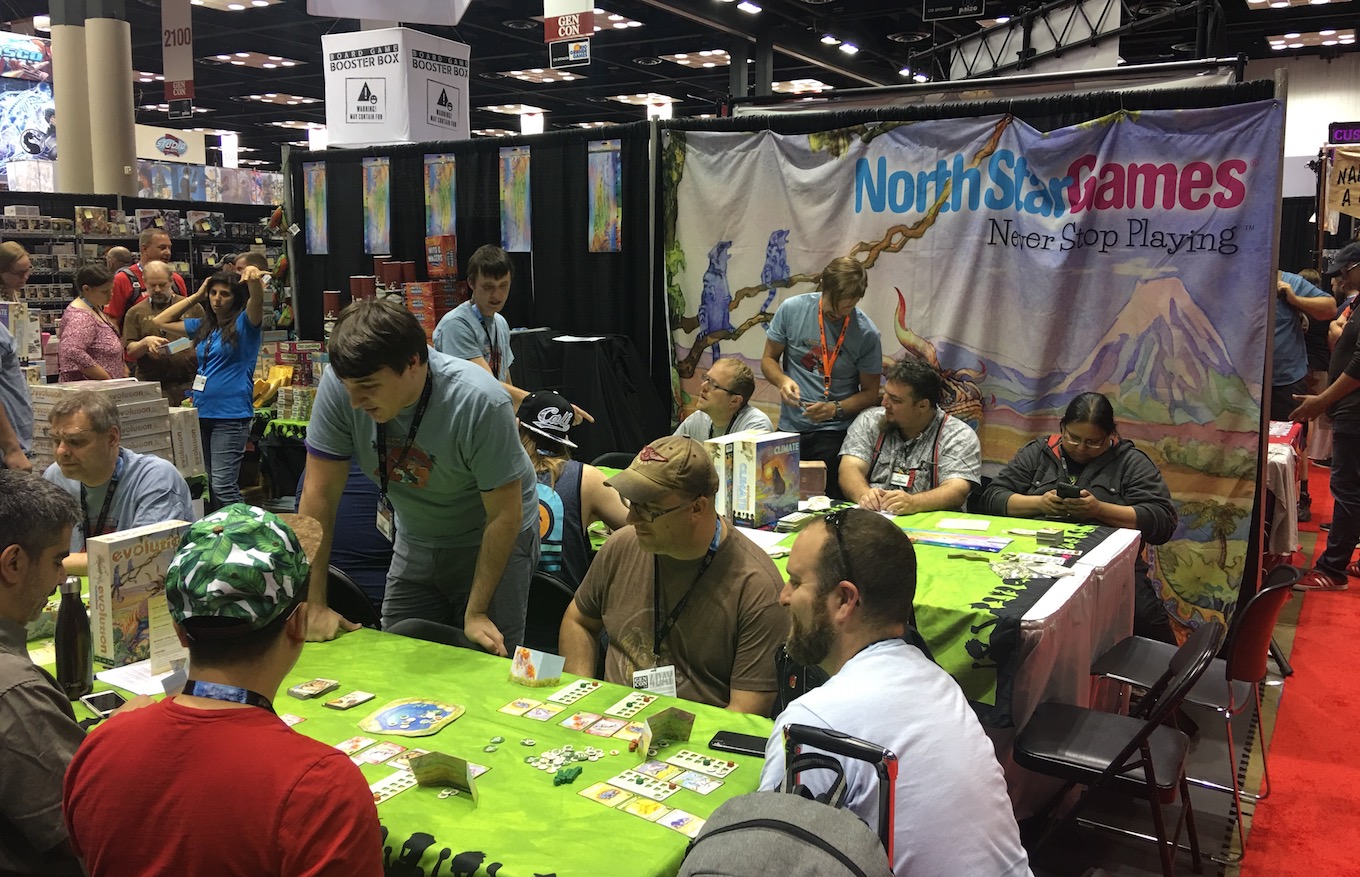 There were some epic gameplay sessions happening at the North Star Games booth this year at Gen Con. It was a blast watching people play Evolution and Evolution: Climate. Another great example of a game company that perfectly balances fun gameplay experiences with solid art design. Just one look at their booth and I could tell that fans were having a great time. 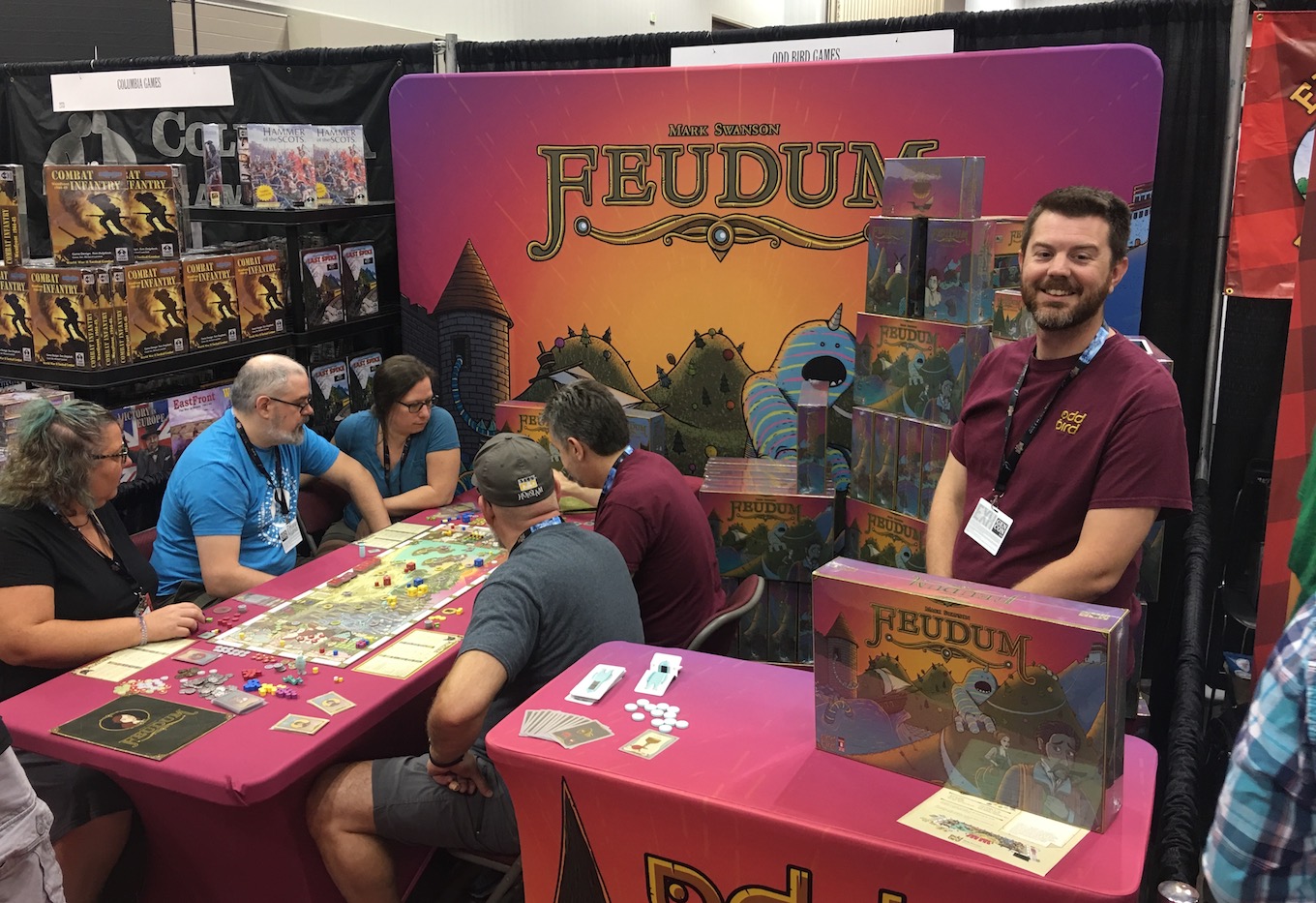 I was lucky enough to catch a gameplay session with Feudum creator Mark Swanson and see this game in action for the first time. I was floored by the art design and mesmerized by the intricate game board. Odd Bird Games has delivered a great game with Feudum. Stay tuned to the BackerKit blog for an in-depth interview with Mark and see him at our Gen Con Panel on Saturday.

If you’re at Gen Con on Saturday at 5pm, be sure to reserve a FREE ticket to our crowdfunding panel featuring experienced tabletop game creators. Check out our full lineup!