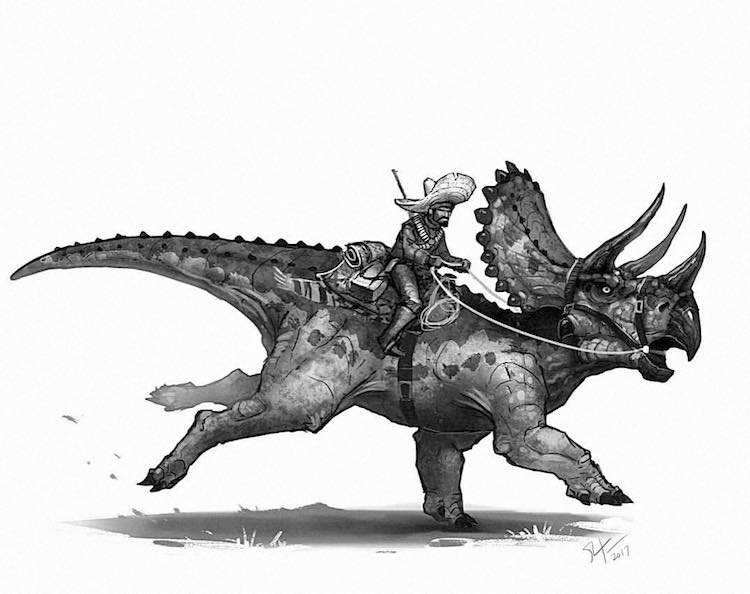 Dinosaurs of the Wild West’s Shaun Keenan On Crowdfunding

Artist Shaun Keenan decided to combine his lifelong love for dinosaurs with the iconic imagery of the old Wild West. He recently crowdfunded a hardcover art book consisting of over 130 black and white illustrations and paintings depicting dinosaurs and people of the old west coexisting. We recently spent some time talking to him about his project and his love for dinosaurs.

Why Crowdfunding?
I saw other artists I follow use crowdfunding to great success. Also, I’ve spent the last few years building my follower base on Instagram, so I knew I had an established core group of people who were fans of my work that would help support the project.

How did BackerKit change your overall experience?
BackerKit is great because it simplifies the logistics of managing backers. I really love the pre-order store option to allow people who missed out on the Kickstarter campaign to still pick up items.

Do you have any hobbies and/or collect anything?
I have a modest collection of dinosaur figures and sculptures, lego sets, model air planes/jets, and various action figures. Mostly nostalgic things from my youth.

What’s next? Any upcoming projects you want to share?
I definitely have some ideas that I’ve been kicking around for my next project, but I don’t have anything specific to share right now. 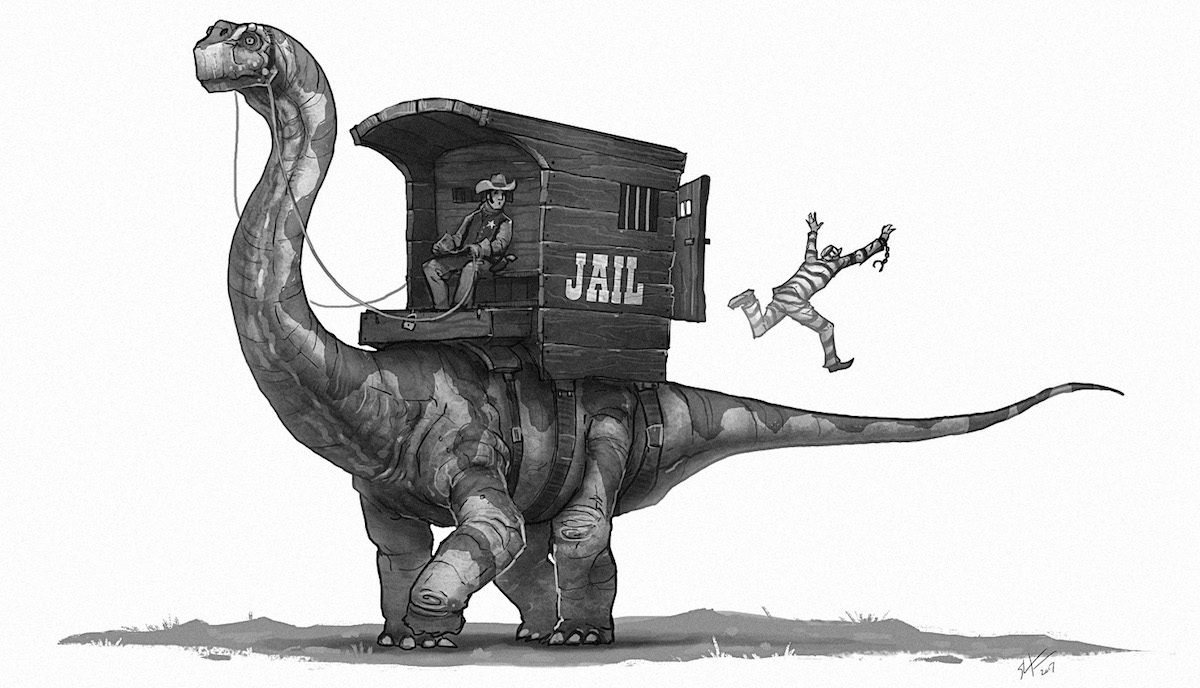 Favorite Western film, and favorite Dinosaur film?
My favorite western movie is 2007’s 3:10 to Yuma, and my favorite dinosaur movie is of course Jurassic Park. I’d like to give an honorable mention to “Dinosaur” which was a TV documentary special from 1985 hosted by Christopher Reeve. It had amazing stop motion animation sequences that really inspired me as a kid.

What are some of your art influences?
The classic Disney animated films and shorts were a huge influence on me. James Gurney, who created Dinotopia, and Ray Harryhausen’s creatures and movies where also a huge inspiration growing up.

There’s still time to pre-order copies of the hardcover book and a slew of cool prints on BackerKit’s Dinosaurs of the Wild West pre-order page!