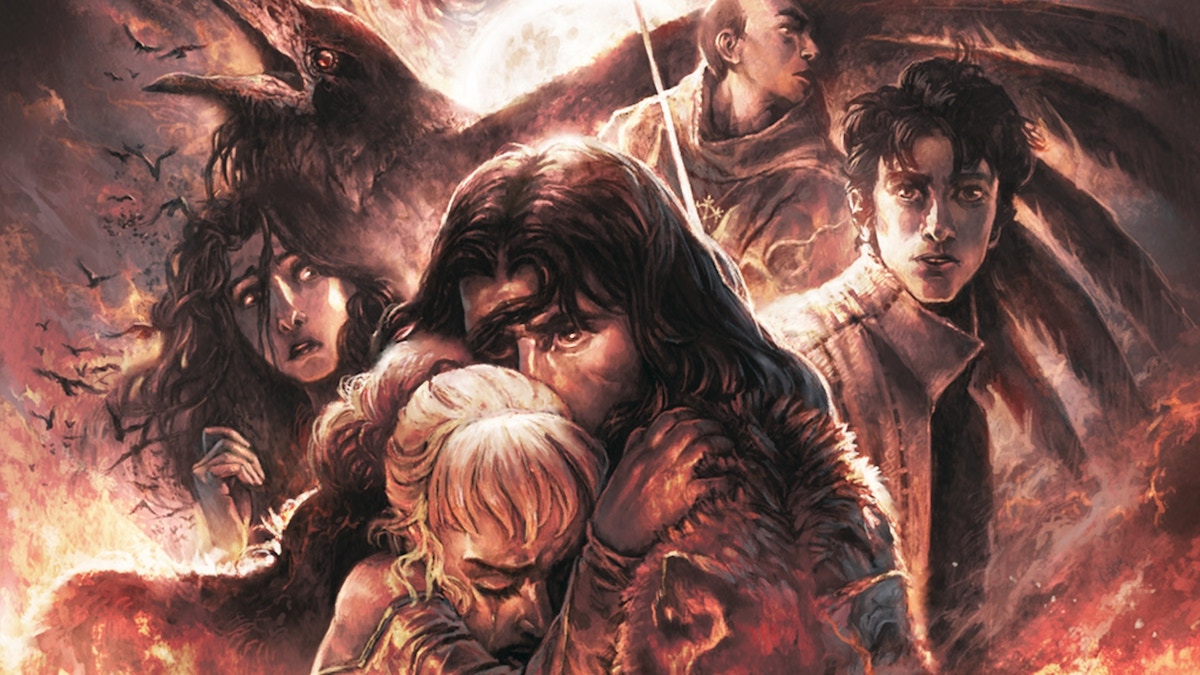 We recently spoke with Nel from Studio Agate, a creation studio based in France responsible for the recent Shadows of Esteren – A Medieval Horror RPG: Dearg Kickstarter campaign.

Why Crowdfunding?
We’ve developed a role-playing game series of our own and have translated them ourselves, along with other RPGs. In France, the market for tabletop role-playing games is quite small and it’s hard to make a living out of it. Quite simply, crowdfunding allows us to exist. Moreover, it enables us to make our creations available worldwide and to be in direct contact with our community. It is a wonderful tool for independent creators.

What’s the coolest crowdfunding project you’ve ever seen? (Besides your own of course)
The first that comes to mind is Adam Poots’s Kingdom Death. I followed his first Kickstarter project a few years back. Between the campaign itself and its delivery, it was an amazing adventure. Kingdom Death is typically the kind of project that would be impossible to put together without crowdfunding and the community behind it.

How did BackerKit change your overall experience?
We can’t imagine crowdfunding without BackerKit. This is why, in France, we’ve advocated making it available for the biggest French subscription platform: Ulule. RPG crowdfunding campaigns usually include many options unlocked through the famous “stretch goals,” and the “add-ons” tool makes the management of each backer’s options much simpler and more intuitive. When you have hundreds of backers to handle, BackerKit is a lifesaver!

Do you have any hobbies and/or collect anything?
If I had to mention only one, I would say music. I always bring music with me everywhere. It colors my life and inspires me. Through your hearing, you can get in touch with an instinctive part of yourself and reach for very strong and particular emotions. Today I listened to Songs From a World Apart by Levon Minassian and Armand Amar.

What’s next? Any upcoming projects you want to share?
We are working on the second volume of the official Shadows of Esteren campaign: Dearg. This story, steeped in gothic and romantic tradition, has kept me busy for close to ten years. Our studio is also working on two other projects: Dragons, an epic universe of swords & sorcery, and a new edition of Vermin, one of the most mythical French RPGs taking place in a post-apocalyptic future where man is nothing more than mere prey. If you want to be informed of our next crowdfunding campaign or our next BackerKit preorder storefront, feel free to subscribe to our mailing list.

You were the first to use Backerkit with the French crowdfunding platform Ulule. Tell us about it.
When we started using BackerKit for our Kickstarter campaigns, it became obvious that we also needed such a tool for our Ulule campaigns. I contacted the BackerKit staff and asked them if it could be possible and, well, they went ahead and did it! Since then, other French publishers have started using BackerKit for their own Ulule campaigns, and to my knowledge, none of them has ever looked back. Such a tool is a priceless aid for the progress of crowdfunding in France, and we are happy to have had a part in bringing it to our country.

Have you ever considered making an Esteren animation?
We have! We even met a company in Los Angeles. However, the path to such a project is long and uncertain. Bringing to life a whole animated movie represents a considerable amount of work. One day, maybe? For the time being, we are working on a music video for our fourth album, Adeliane.

Please take a second to check out the recently launched Shadows of Esteren – Dearg pre-order page and visit the official Studio Agate website.