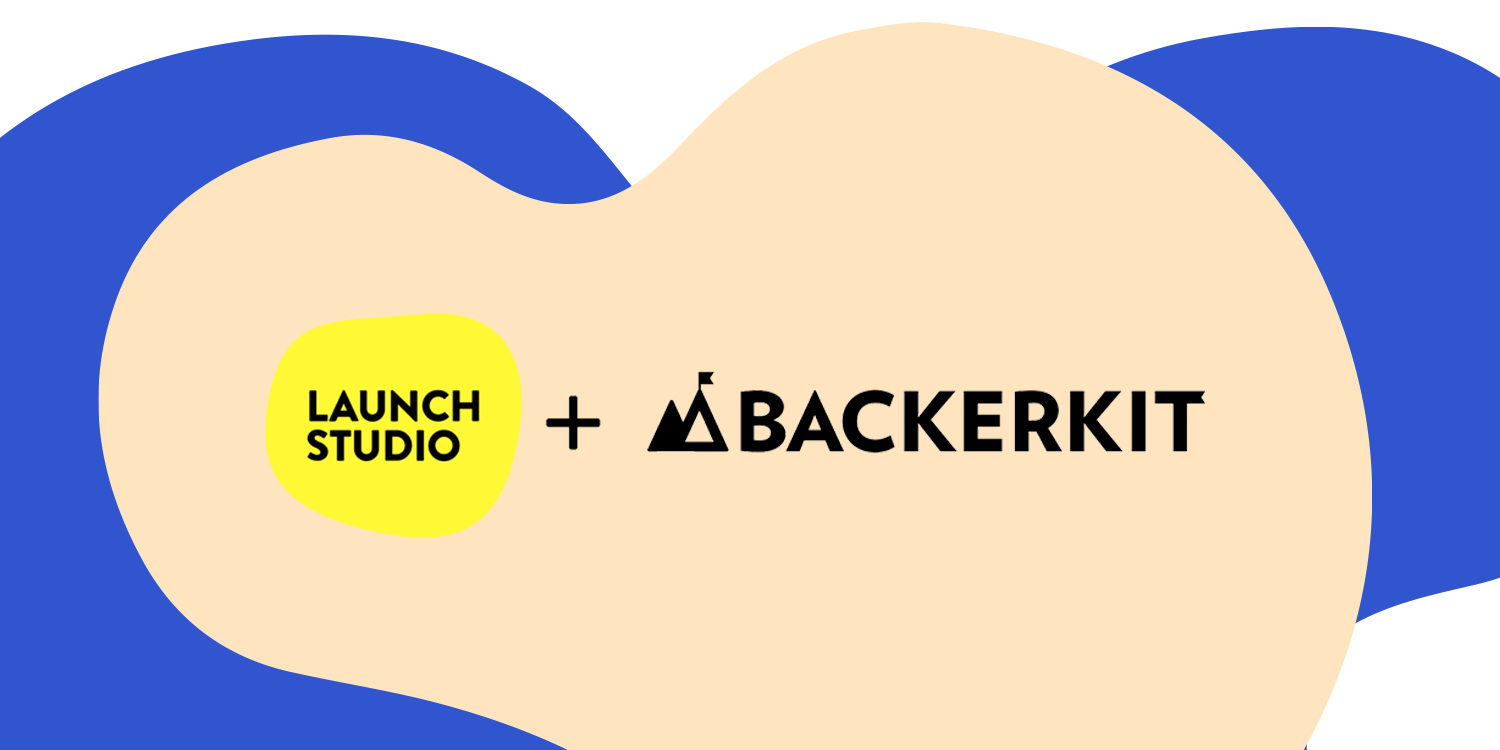 We are thrilled to announce that BackerKit has acquired Launch Studio, a Kickstarter Masterclass built for creators who are crowdfunding design and technology products.

Launch Studio CEO Julio Terra was formerly the Head of Technology and Design Community at Kickstarter. More recently, he has collaborated with us on webinars and blog posts. Julio was BackerKit’s first friend at Kickstarter, and one of the earliest to believe that a pledge manager was something that creators really needed.

After Julio’s time at Kickstarter, he and Daniel Mascarenhas (Launch Studio CMO, Creative Director) built Launch Studio. Daniel was formerly the co-founder and CMO of Flyte, and has extensive experience helping hardware startups launch products on Kickstarter. When Julio told us about what they were working on, we were immediate fans. Together, Julio and Daniel have more than a decade of experience in this space and have helped hundreds of people launch successful products through crowdfunding.

Launch Studio develops educational tools and content to guide creators through every step of the crowdfunding process. They’ve designed an incredible program that not only demystifies the most challenging aspects of Kickstarter, but also offers creators in their thriving online community the hands-on support they need while preparing to launch. We endeavor to do the same here at BackerKit and believe that we all can accomplish more together.

Looking ahead to 2022 and beyond, we have big plans. Both BackerKit and Launch Studio have been focused on making crowdfunding best practices accessible to creators of all backgrounds with projects of all sizes. This information empowers creators and should be common knowledge. We all want to help grow and diversify the crowdfunding space, so it’s so exciting to combine powers and work toward this goal as a team.

In celebration of our partnership, current Launch Studio members and anyone who signs up for Launch Studio will be able to use BackerKit Launch for free.

Launching a successful crowdfunding campaign isn’t easy. But with the right tools and strategies, it is possible. Now that BackerKit and Launch Studio are joining forces, we have the best team in place to develop the most comprehensive educational resources and better support creators in the crowdfunding space and beyond.