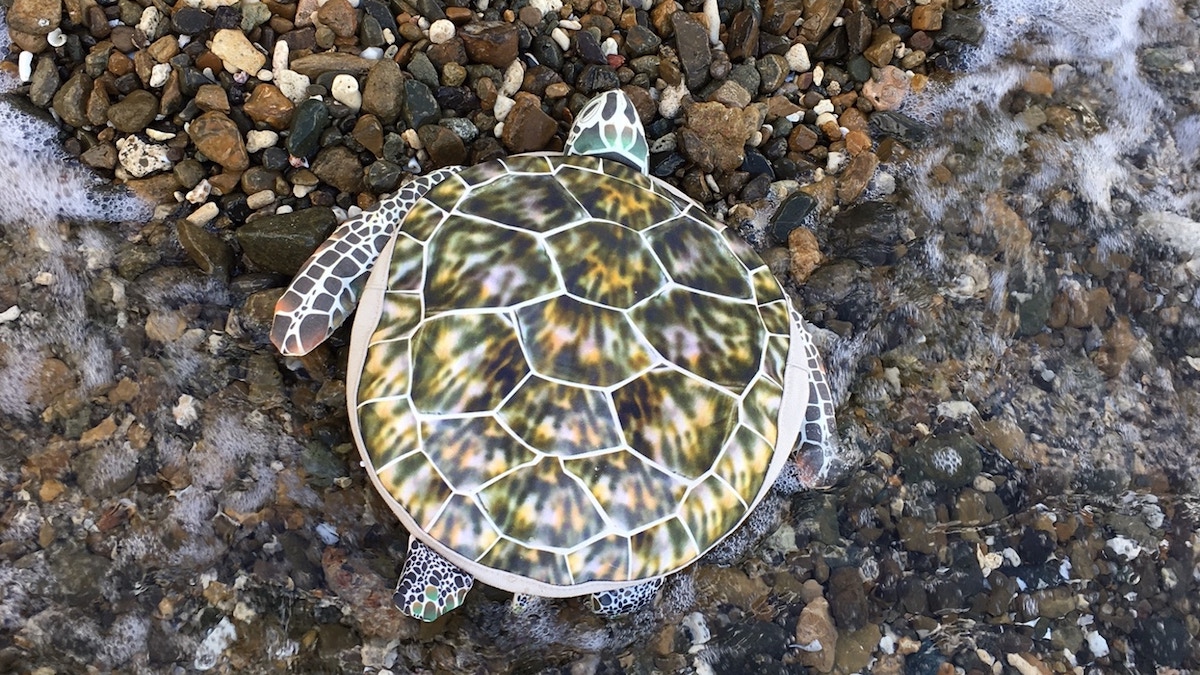 Creator Lynn Johnson is the man behind The Sea Turtle Hat Kickstarter campaign. If you’re not in the mood for guessing, The Sea Turtle Hat is a hat…in the shape of a sea turtle. It’s a brilliantly simple concept that is equal parts weird, fun, and amazing. In fact, you can often see the BackerKit team rocking the hat around the office. We naturally wanted to learn more.

Why Crowdfunding?
I don’t think there’s another viable funding option for some enterprises, especially hairbrained ideas like novelty hats. Self-funding was not an option for me. Better still, I have learned that this can effectively develop an initial client base which was helpful on both my campaigns.

What’s the coolest crowdfunding project you’ve ever seen? (Besides your own of course)
I love the prospect of having a book about kids at Burning Man. The Dusty PlayGround campaign was the first one I supported when I began to explore Kickstarter.

How did BackerKit change your overall experience?
Organizing a thousand mailings with packing lists was a wonderful convenience. I had not realized how extremely helpful that would be until I began to set about the task for myself.

Do you have any hobbies and/or collect anything?
I have a modest stamp collection of colonial Southern Africa, primarily south of the Zambezi River because I lived in Zimbabwe. I also read voraciously and fairly widely for a multitude of reasons. I quilt using secondhand jeans and have made over 30 quilts. I love this diversion and enjoy giving them away as well as using them.

What’s next? Any upcoming projects you want to share?
I’m waiting for one more hat shaped like a sand dollar to arrive (self funded), and I will begin more aggressive marketing to outlets soon. I’m also moving into a new house two blocks away from where my first grandchild is expected in March. New adventures indeed, and more quilts to be made!

What do you love about turtles?
Like many people, I have memories of keeping turtles rescued from the road when I was a child. I appreciate their biology, such independence! But the hat project really came out of years of enjoying an amusing and novel hat which brought smiles to many acquaintances all around the world.

Any funny/awkward stories surrounding people wanting a picture of you wearing the hat?
Not so much funny or awkward as common! But one wearer in Cuba found they are considered good luck, and many young women wanted to pet the hat. It’s such an amazing ice breaker.

Would you consider making a Turtle Hat with a turtle wearing a Turtle Hat?
This is a wonderful idea. I have a video on my blog with many Turtle Hats wearing other hats. I will watch for a turtle the right size to do this!

Take a moment to check out The Sea Turtle Hat Kickstarter page, and head to the official Turtle Hat website to order your very own Turtle Hat!