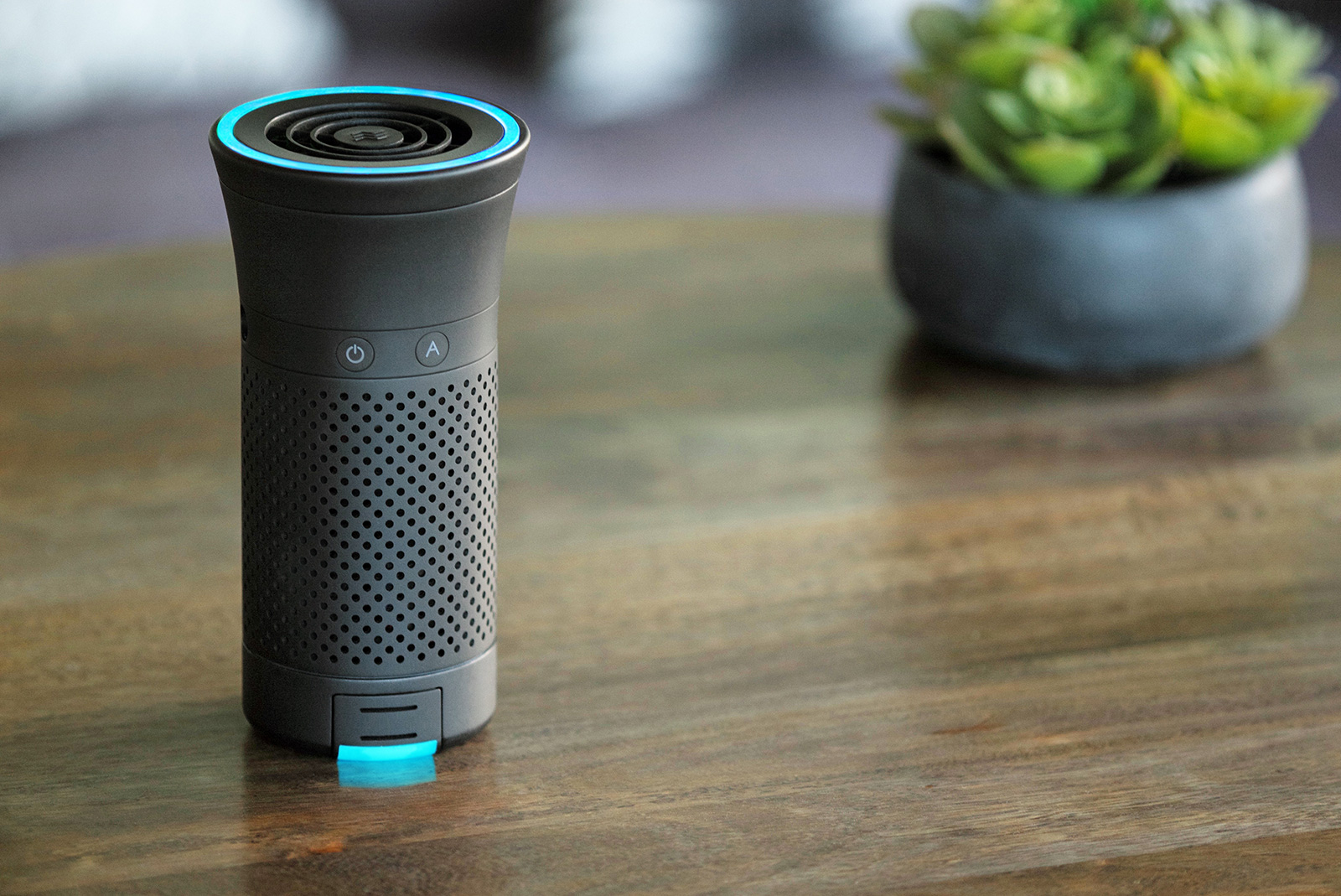 The Creator Success team walks project creators through the process of setting up their project in BackerKit and helps them get up to speed on the features they can use to make their lives easier.

“BackerKit Success is as hands-on or hands-off as you need us to be,” Success Manager Thomas Sleeth says. “If you have questions, we’re hands-on in getting those sorted out. If you don’t want to talk to us every day and feel confident using the tool, that’s also great. You can go through the setup review and you’re on your way.”

Today on the blog, Thomas shares some advice on how project creators can use BackerKit to automate order creation, keep on top of backer requests, manage and export large troves of data, raise additional revenue, and streamline the fulfillment process.

Use the Item Generator

Thomas says the simplest way to ensure a smooth manufacturing and fulfillment process is to use BackerKit’s item generator. It’s an incredibly powerful tool that is designed to make it easy to manage pledge rewards, calculate and track production counts, and create itemized orders that make fulfillment a breeze. “Using the Item Generator solves a lot of problems out of the gate. It makes pledge questions, add-ons, SKUs – it does everything.”

Sometimes project creators might have more unorthodox requests. For example, Sleeth is working with a project that makes customizable bike locks and wants to display its pre-order items to reflect that its components can be selected individually. In these circumstances, project creators might be tempted to tackle the task on their own, but Sleeth advises getting in touch with BackerKit’s success team instead. “Email us beforehand so we can help point you in the right direction,” he says.

Ideal times for project creators to survey backers can vary depending on the nature of the project, but Thomas says “generally 14 days after the campaign ends is the sweet spot”. “On Kickstarter, people will often have failed payments,” he says. “They’ll need to update their card, they might have a fraud warning, they might have changed banks.” It takes about two weeks for Kickstarter to collect funds and disburse them. That’s when you’ll know which backers have and haven’t paid.

Sending out surveys close to the campaign end date is also great for selling add-ons because the campaign is still fresh in the backers’ minds. Selling extra units and accessories is tougher if you survey months later after the excitement has died down. Project creators can also send BackerKit surveys to backers with failed payments on Kickstarter, giving them more time to save money and rejoin the campaign.

Figuring out what time to send out surveys is essential. “We generally recommend sending surveys out earlier in the week to get better survey response rates and add-on sales in BackerKit,” Thomas says. If you send out a survey on 4pm on a Friday afternoon, it’s likely to get buried in backers’ inboxes.

When to Lock Down Surveys

Locking down surveys lets project creators finalize orders so they are ready for production. Once surveys are locked down, no changes can be made to item selections. Project creators are often keen to lock down surveys as soon as possible. Thomas suggests determining a date based around your project’s timetables for manufacturing and shipping.

“In an ideal world, I would suggest locking down and charging people a week or two before sending out rewards,” he says. There are exceptions to that rule: the nature of some projects means some project creators will require final counts for the manufacturing process and are more likely to lock down surveys earlier. The downside of locking down early is it gives backers “less ability to make changes on their own” which will increase backer support inquiries. Thomas says that projects with more flexibility in manufacturing should choose a later lockdown date and use BackerKit’s production counts, which update dynamically.

Most backers are eager to complete their surveys as soon as possible. BackerKit data shows approximately 80 per cent of backers respond to surveys within the first 72 hours. That said, there are always those backers who take months and months to respond. There are plenty of reasons for this, Thomas says. “There are all sorts of confusion points: people not checking their emails, people with full inboxes. Some backers may have used an old email address on Kickstarter.”

BackerKit sends backers automatic reminders to complete their surveys, which can help jog a backer’s memory about a pledge they made some time ago. Thomas says BackerKit keeps records of pledges made years ago, so when long-absent backers get in touch years after a campaign has ended, they can be given BackerKit store credit.

Thomas also recommends reminding backers about surveys through their crowdfunding platform updates or through social media. “Posting updates on Kickstarter or Indiegogo or social media is a great way to get in front of those folks.” Most projects get to a 97% response rate or higher by the time shipping starts.

Making the Most of BackerKIt

Thomas recommends project creators offer add-ons for campaign-related rewards. Often, he says, backers will want to “mix and match” items from pledge levels, but cannot do so on Kickstarter or Indiegogo. “Add-ons give backers the toolset to get that done,” he says, allowing them to purchase additional items from your campaign – and they give project creators an opportunity raise additional funds through BackerKit. 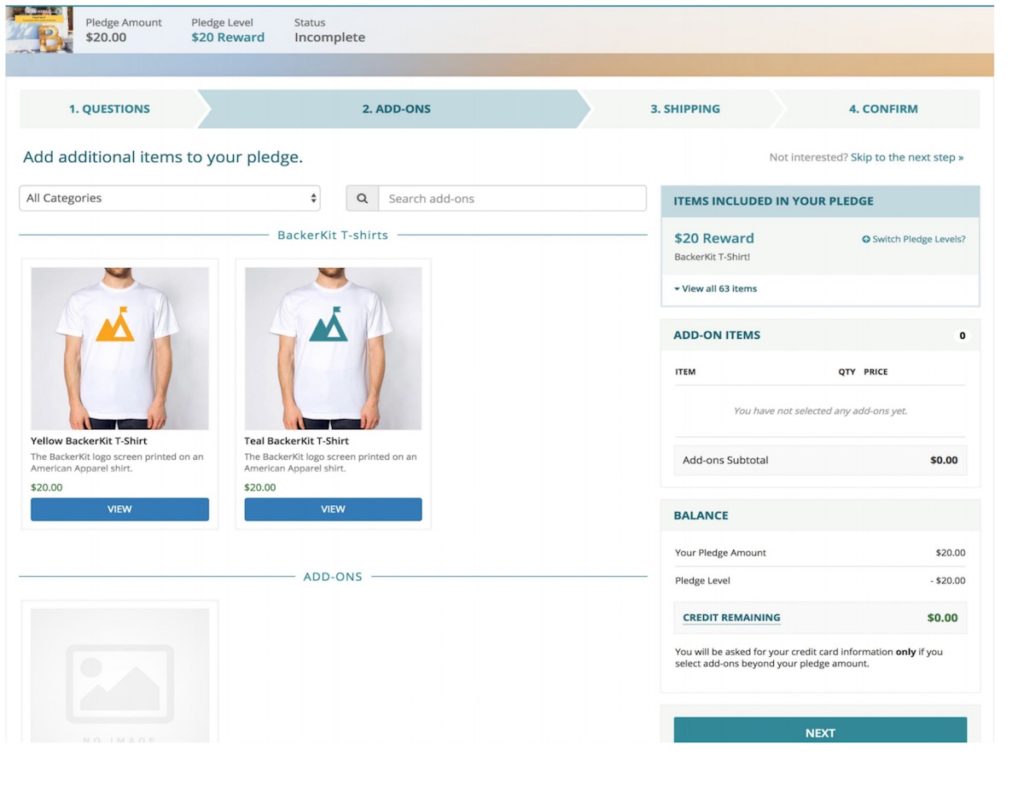 BackerKit also gives project creators the opportunity to make their pledges upgradable. “Backers can choose to switch from $30 level to the $70 level”, Thomas says, and they can do so on their own in the app. There’s no need for them to contact project creators for help.

In Thomas’ experience, many project creators are fixated on calculating precise costs. On the one hand, this means they’re doing their research and trying to ensure they are well-prepared to cover the cost of fulfillment and shipping. On the other hand, this isn’t necessarily the best approach to take for a crowdfunding campaign if they treat those estimates as gospel. Costs almost always increase unexpectedly. “All of this stuff changes,” Thomas says. “There are a lot of unknowns and questions.”

Project creators need to be flexible with their cost structure to accommodate any unexpected changes. “Build in enough margin to ensure that when it is time to ship, you can ship things and not get too caught up in costs,” he says. “If shipping goes up, use that extra dollar to cover higher costs to other countries. View your campaign funds as more of a pool that allows your product to be constructed and delivered.”