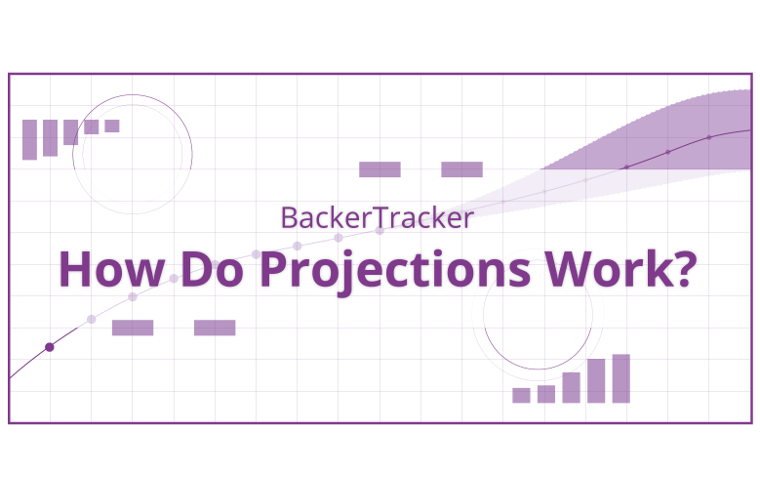 BackerTracker: How Do Projections Work?

The BackerTracker prediction model compares the active campaign to all of the past campaigns to find the projects that had the most similar funding performance over the same period of time.

The basic model takes into account the amount of funding raised each day, the funding goal, the percentage of the goal that each funding day represents, and then finds the closest matching historical projects.

The trouble with the model is that the projection isn’t reliable for the first few days because many projects share the same funding curve in the first few days. A project that reaches 20% of its funding goal on launch day will turn up hundreds or thousands of past campaigns that performed similarly on their first day. The sheer number of past historical matches makes it difficult to predict how much a project will raise when we only have one day’s worth of data.

That’s why we say that it takes about five or six days before we have enough data for an active project to make an accurate prediction. The model finds a new set of similar past campaigns each time we get more funding data for an active project. Having several days of funding information allows the model to narrow down the number of matches and that can tighten up our projection significantly.

Even after we have enough days of funding to narrow down the past campaign matches, the total funding amount raised through the remainder of the campaign can still vary widely. 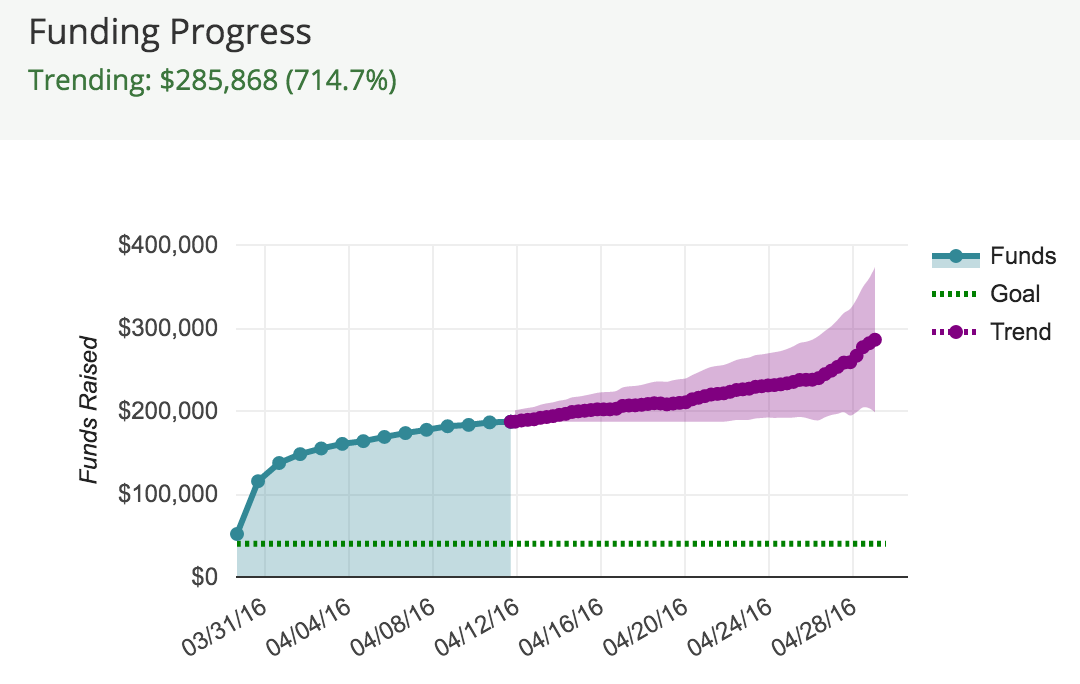 The projection range is between $203,440 and $373,283, which our model found by weighting the performance of projects with similar funding curves. That’s a wide range but it means that we actually found past campaigns that ended up at the low- and top-end of the prediction range.

We can take a look at a few of the matching projects that our model found to see how they finished. 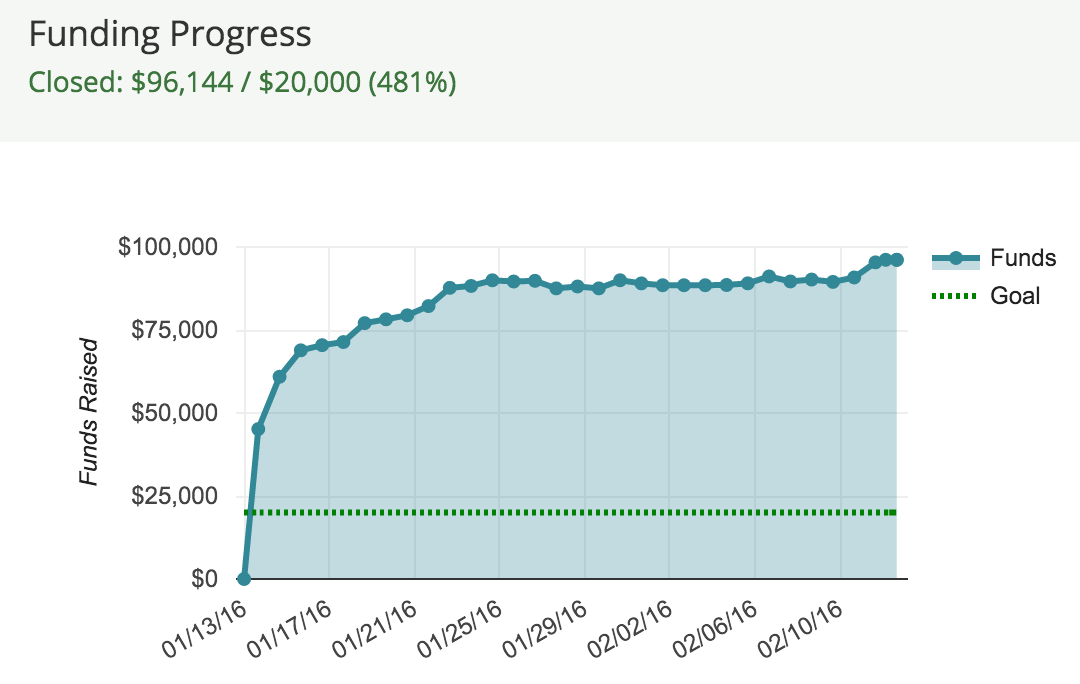 You may be wondering why we don’t filter matches by project category or amount raised since it does seem strange to compare a watch project to a tabletop roleplaying game. Praveen Chowdary, the data scientist that helped build the model, worked with us on restricting matches based on category and a few other factors but we found that it didn’t improve our projection results based on our current available data.

We are continuing to experiment with different match filtering techniques as we gather more data, but we’re comfortable with letting the model run as is for a while because it should automatically improve over time. Our model will naturally discover better matches as the project database grows each day.

Moving up the Unknown Armies projection cone, we have mid-range projects like the 4th Dimension Watch which maintained steady growth through the remainder of its campaign and closed at 673% of goal. If Unknown Armies follows this path, it’ll end with close to $269,200, which is pretty close to our median projection graph result. 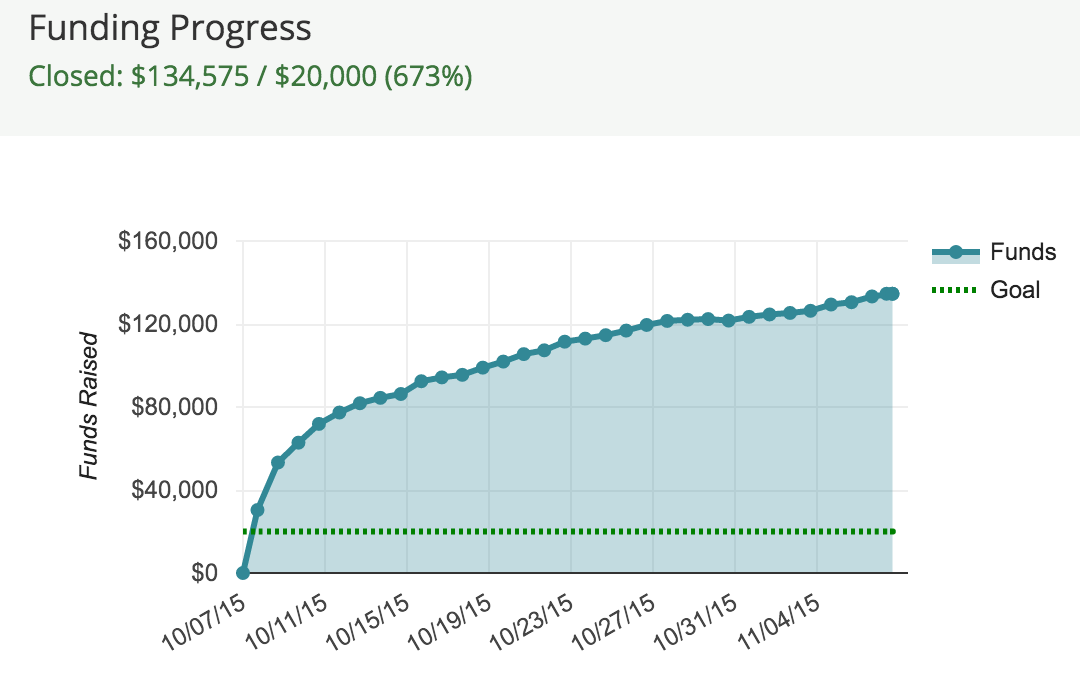 At the top end, we have projects that had strong closes like Kodama: The Tree Spirits card game which did well through the duration of the campaign and then had a tremendous final 48 hours to end at 920% of goal. 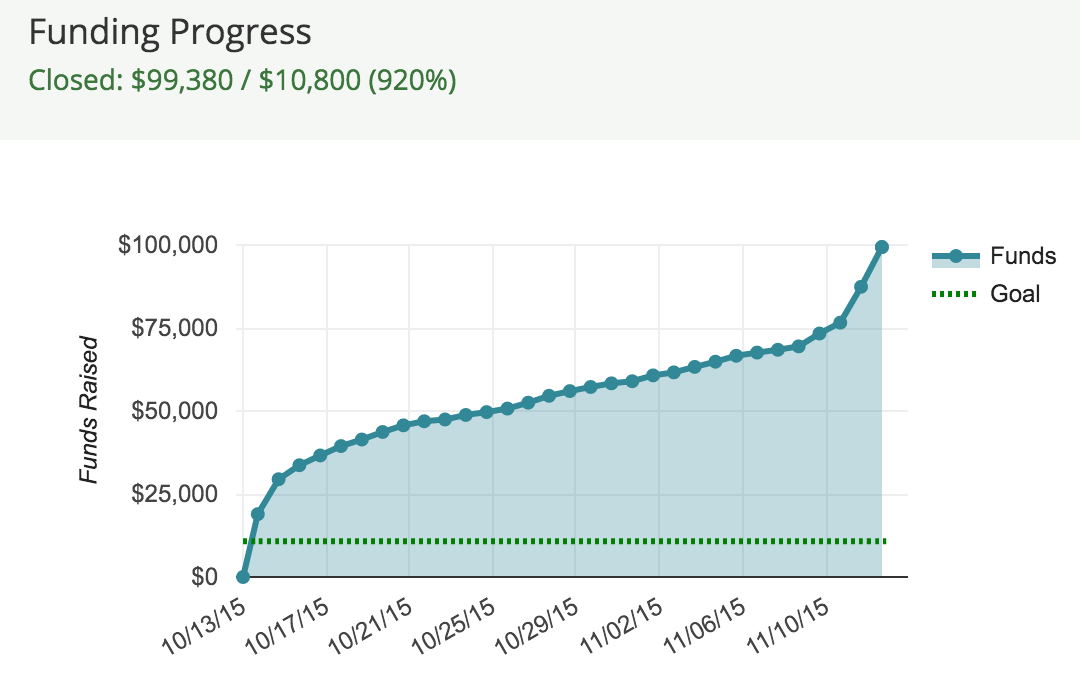 If Unknown Armies follows Kodama, it will end up at close to the top of its prediction range with $368,000 raised.

As you can see, projects can have similar funding curves through the first two weeks of the campaign but then go on to dramatically different finishes. Projects like the Ventus: Black Kite and Kodama represent some of the more extreme match cases.

Most of the matching campaigns that our model found ended up raising 600-800% of the final goal amount. Keep an eye on Unknown Armies to see where it ends up!

If you’re following a project, you can visit BackerTracker to see updated prediction graphs each day, or you can install the Chrome Extension to see graphs directly on the campaign page.