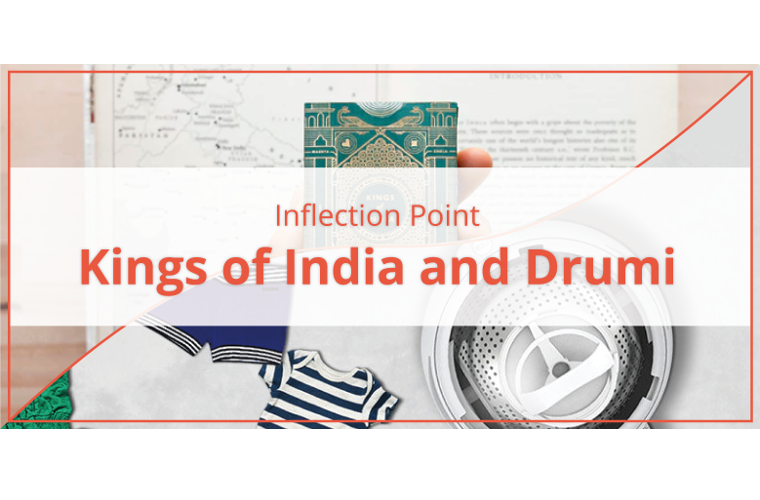 The Kings of India Playing Cards project leaped from $23,111 to $28,230 in funding in just two days in the middle of the campaign. The project update posted just prior to the jump revealed the joker card and additional details on the deck upgrades stretch reward.

Project co-creator Reena Mistry offered insight into the cause for the rise: “When we released that update for the stretch goal, we noticed that we had caught the attention of Mark Frauenfelder, who had posted a message about our update on his site Boingboing.net. That drew a lot of attention to our campaign, which explains that spike in backers.”

BackerKit followed up with Mark from BoingBoing to see if he remembered how he found the project, but it can be difficult for a busy founder to recall the events leading up to a post written almost a year ago. Mark explains: “I honestly don’t remember where I first heard about the cards. I just saw them somewhere and thought they were cool. That’s how stuff shows up on bb!”

Looking at the BoingBoing post, you can see how the Kings of India project creators made it easy for editors to feature the project by having beautiful images and an easily embeddable video assets available from the campaign page.

It also helps to post newsworthy project updates such as stretch goal announcements or releasing new product details or images. According to Reena, “had we not posted that stretch goal update, maybe we wouldn’t have been featured on BoingBoing.”

The Drumi project was already trending towards funding success when it started adding backers at a much faster rate just a few days after passing the mid-campaign point.

Megan Savage, Marketing and Communications Specialist at Yirego told us that the referral campaign “wasn’t as successful with us as it has been with other campaigns on Indiegogo.”

The actual momentum didn’t come from the referral program project update. “What really sparked our campaign was our campaign video and also an older demo video of ours going viral again.”

“The original demo video gained over 30 million views from an engineering blog from India.” The team worked on contacting influencers and leveraging personal networks to increase awareness. “We weren’t targeting India directly, but we were doing a lot of in-house outreach to get more coverage.”

It only took one big blog hit to spark a new round of media mentions for the Drumi. “The video started in India, but quickly expanded into Europe, Asia, as well as South and North America. We quickly gained a lot of attention from that video, and other media began to hop on it as well, and we ended up going viral for a second time!”

It’s helpful to have a video that can demonstrate your product without requiring sound or text. This makes it easier for more markets to share your content. The original Drumi demo video is no longer available but you can see that their latest video can work in any market regardless of language.

The main takeaway here is to continue contacting people that can share your campaign. If you have a compelling product with great media assets, getting a single mention in the right spot can spark a chain reaction of media coverage.

Let us know if your project has an interesting inflection point that other creators can learn from or if there’s a project that you’d like us to investigate. As always, feel free to contact us if you have a crowdfunding project and need help with surveys and pledge management.

Find out why over 1,686 projects have used BackerKit crowdfunding fulfillment software to stay organized and on time.