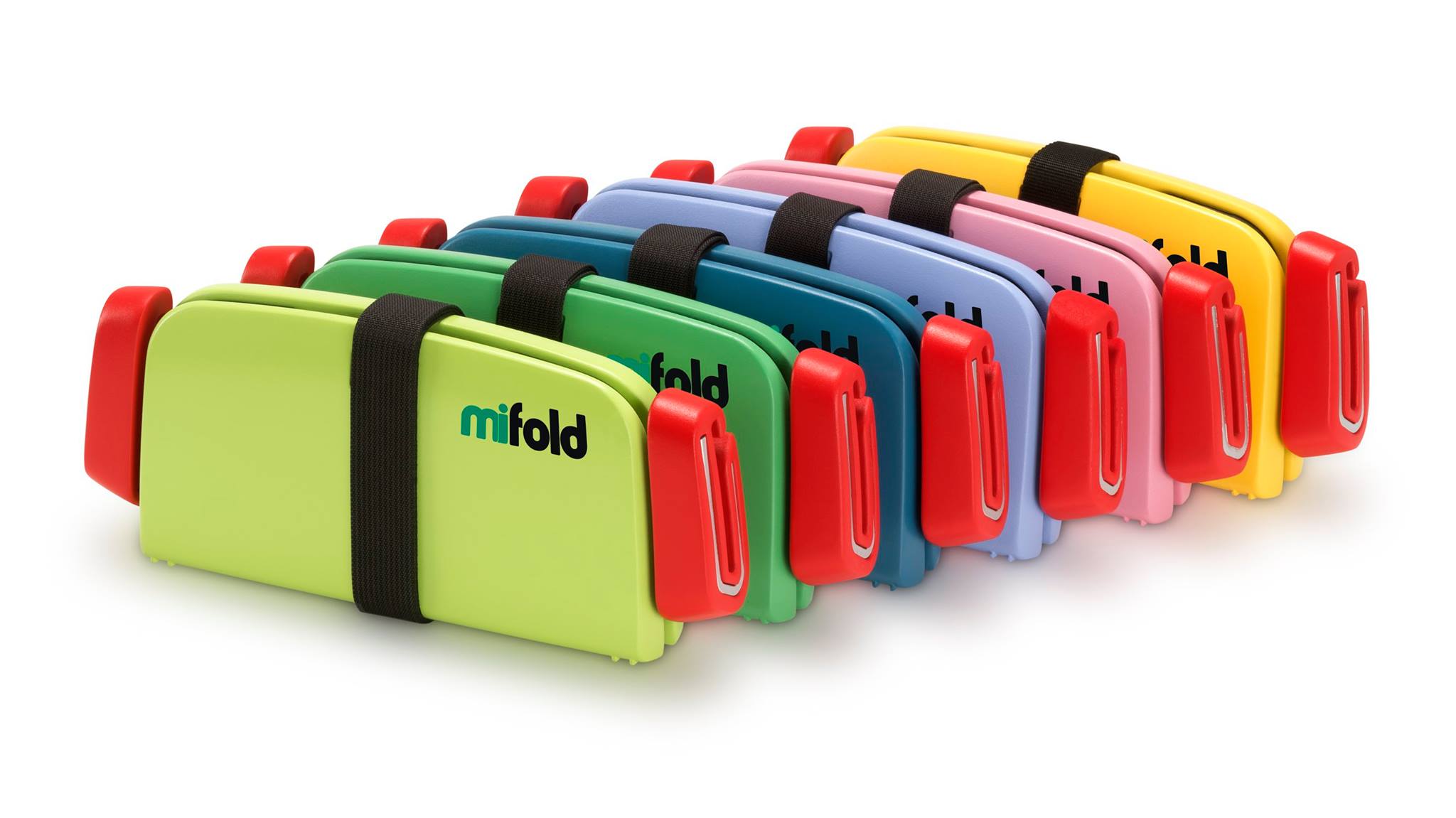 From Indiegogo to Amazon to Retail: The Mifold Story

The mifold, a portable booster seat for children, has enjoyed astounding success since its Indiegogo crowdfunding campaign ended in September 2015. The project, which had a funding goal of $40,000, amassed a total of $2.6 million from backers around the world.

“It sounds a bit quaint now,” founder and inventor Jon Sumroy says, “but we didn’t actually set out to raise money”. He says the main reason why the startup turned to crowdfunding was to get a better sense of how many products to manufacture.

“We realised that if we did presales on Indiegogo, we’d get the pre-orders and know exactly how many to manufacture. That was the first reason we did it.” Publicity, he says, was another: a trending crowdfunding campaign could gain serious traction with the media.

What came next was unexpected. “When the crowdfunding round was completed, we continued to only sell the product directly to customers by ourselves online,” Sumroy says. ”We didn’t approach any retailers.” Yet the mifold generated so much interest that Sumroy was soon fielding inquiries from some of the biggest retailers in his product category: Buy Buy Baby, Babies R Us, Target, Amazon, and Walmart.com.

An important first step was getting the mifold listed on Amazon Launchpad, a marketing platform run by Amazon that features cutting-edge products and hardware from start-ups, many of which were spawned from successful crowdfunding campaigns. It has partnerships with crowdfunding platforms, venture capital firms, and accelerator programs such as Kickstarter, Indiegogo, Y Combinator, Techstars, and more.

If you’ve been funded on one of these platforms, getting set up on Amazon Launchpad is fairly straightforward. Project creators sign up as a vendor, register their product information, upload creative assets (videos, brand story, images etc), and launch their product on the Amazon Launchpad storefront. If you’ve been funded by a company that isn’t listed in Amazon’s network of partners, the retailer will assess your product on a case-by-case basis.

Sumroy says being online suited mifold. “Initially we were only available online, and that was in our interests,” he says. “We felt it was a quite complicated product.” Being stocked online made it easier for people to understand the product, he says, because consumers could easily “read more information and watch videos” about the mifold.

Sumroy says that being approached by retailers has many clear advantages. “Negotiations were a lot easier than if we had approached them,” he says. This meant he could bypass the arduous process involved in wooing a brick-and-mortar retailer.

Typically, project creators need to approach the retailer, attract the attention of the buyer, arrange a meeting with the buyer, and then convince them that they should stock your product.

“Where it was easy that they understood the product, they liked it, they saw it different, they saw it was creating a new market.” Nevertheless, the negotiation process was challenging. “We’re a small start-up, and they are very powerful. They all want to pay the lowest possible price for your product,” Sumroy says.

Sometimes, retailers will want to push you to have a brick-and-mortar presence as well. “We are now in bricks and mortar because two retailers were much more interested in having the product in store than online,” he says. “Once they were comfortable that this was a product that did well online, they pushed us to go in store much quicker than we probably would have done if it was up to us.”

Getting the product ready for the retail market requires some work, too. Even small things, like a product’s packaging, are crucial to get right. “It’s very different to when someone is buying it online,” Sumroy says. Products that are stocked in stores typically need more padding in their packaging.

“In order to succeed in store, we’ve had to design point-of-sale materials so that they would have impact, so that people can see us. We’ve also had in-store videos so people stand at the shelves and watch the videos there,” Sumroy says. ”That’s all very easy to do online, but obviously much more complicated and expensive to do offline.”

Once you’ve made the shift into the retail space, don’t rely on retailers to do the advertising and marketing for you. “The only way anybody know about us is if we just keep shouting about ourselves,” Sumroy says.

Sumroy estimates the start-up’s expenditure on marketing expenses is somewhere near tens of thousands per month.

For those with retail aspirations, marketing will prove an important investment. Sumroy says retailers expect creators to undertake ‘marketing support’ – this includes initiatives like promotions, which creators are expected to pay for. It’s similar on Amazon. “It’s like a search engine,” Sumroy says. “You have to make sure you’re investing in Amazon marketing services to make sure that when people search for car seats, they find mifold”.