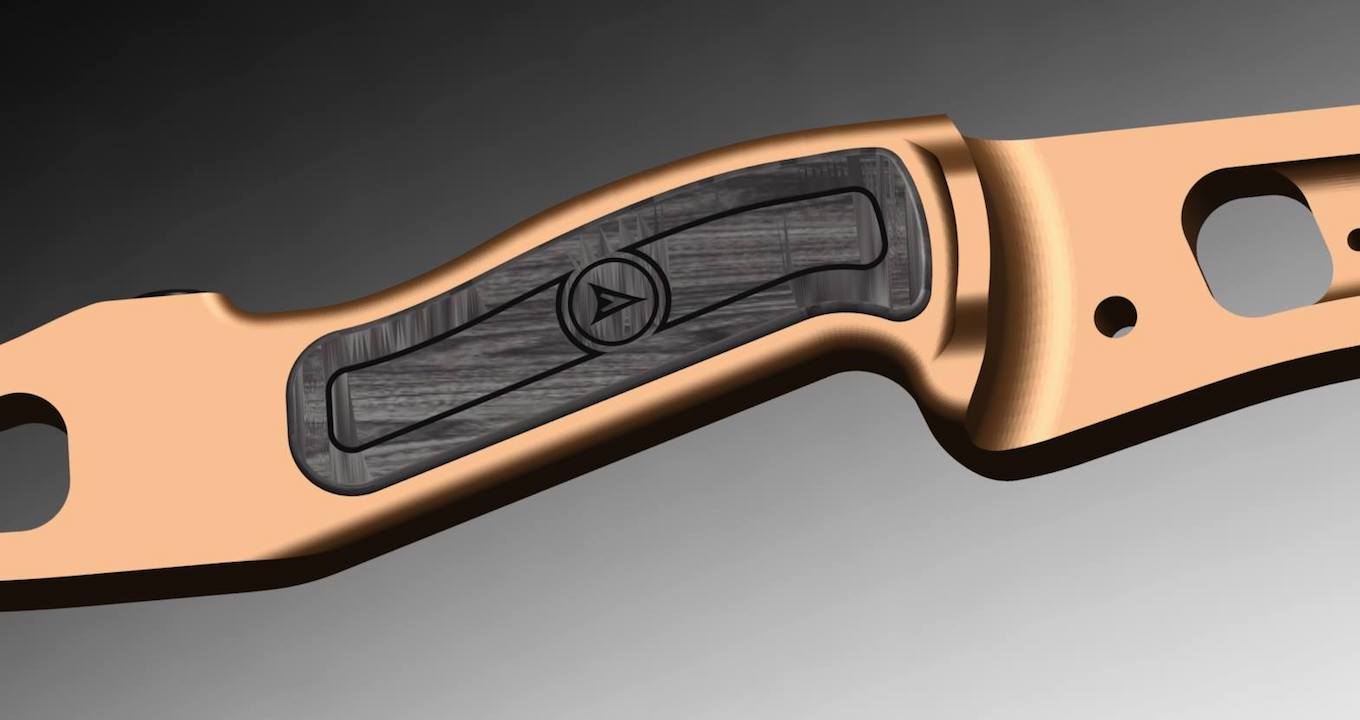 Founded in 2014, Survival Archery Systems is considered a premium brand surrounding compact folding bows. Founder and director Doug Shadwell has built a dedicated community and recently decided to broaden his audience by launching a Kickstarter campaign for The Atmos Compact Modern Longbow. It’s a unique bow designed to fit inside a backpack respecting the need to attach familiar accessories and attachments.

I recently had the pleasure to talk with Doug learning more about The Atmos Compact Modern Longbow and how he’s decided to serve his niche audience. As of the time of this writing, there are still a few days left to support his currently running Kickstarter Campaign.

What inspired you to build the Survival Archery Systems brand?

A few years ago I was prepping for an expedition that would take me into the deep wilderness of Africa for around 3 weeks. I was looking for something to hunt with that would fit into my backpack and be able to store and protect arrows. After being disappointed with what was on the market, I decided to design something for myself. After two years of development and testing, the first of my folding bows was launched and it became an overnight success. We started shipping worldwide within a matter of days.

We now have 3 compact bows that are all designed to fit into a backpack and are showing a really big following. There are a number of people who really like the concept of a back-packable bow but are looking for something that looks and feels a little more familiar. This was the reason we designed the Atmos; it just checked all the right boxes. Following our initial success, our goal is to broaden into the regular archery market now that we’ve established a small footprint.

Tell us about your most recent Kickstarter project.

The Atmos Compact Modern Longbow was designed with the intent that the bow would fit into a small 22″ backpack and feel familiar to any western style archer in the way that they liked to shoot a bow. Whether that was off the shelf, with a flipper rest, a plunger button, or a whisker biscuit. It needed to be able to feel familiar no matter how you liked to shoot. We believe we’ve created that product after all the initial testing feedback we received from a few of Kentucky’s former state champions and current record holders in most categories. The guys were just so impressed we felt it was time to release the product to the world and felt Kickstarter was the perfect platform to do so. We were right and we have had a very good campaign and gained valuable experience using the platform.

Why crowdfunding? What inspired you to choose Kickstarter?

Crowdfunding was a good choice for us because it did two things. One, it allowed us to raise the last of the funds we needed to complete the project while proving to us that our backers liked the concept as much as we hoped. Buying a bow is a very personal thing and the fact that we got such a great review from Ultimate Survival Tips and a few other channels proved to us that we had gotten the recipe right. Plus, our initial funding goal was met in under 9 hours.

The second thing Kickstarter did was harness the power of a crowd and our overall views on the product were just so much more than if we had simply launched on our website. All in all, Kickstarter was easy to use and turned out to be the right choice for us. 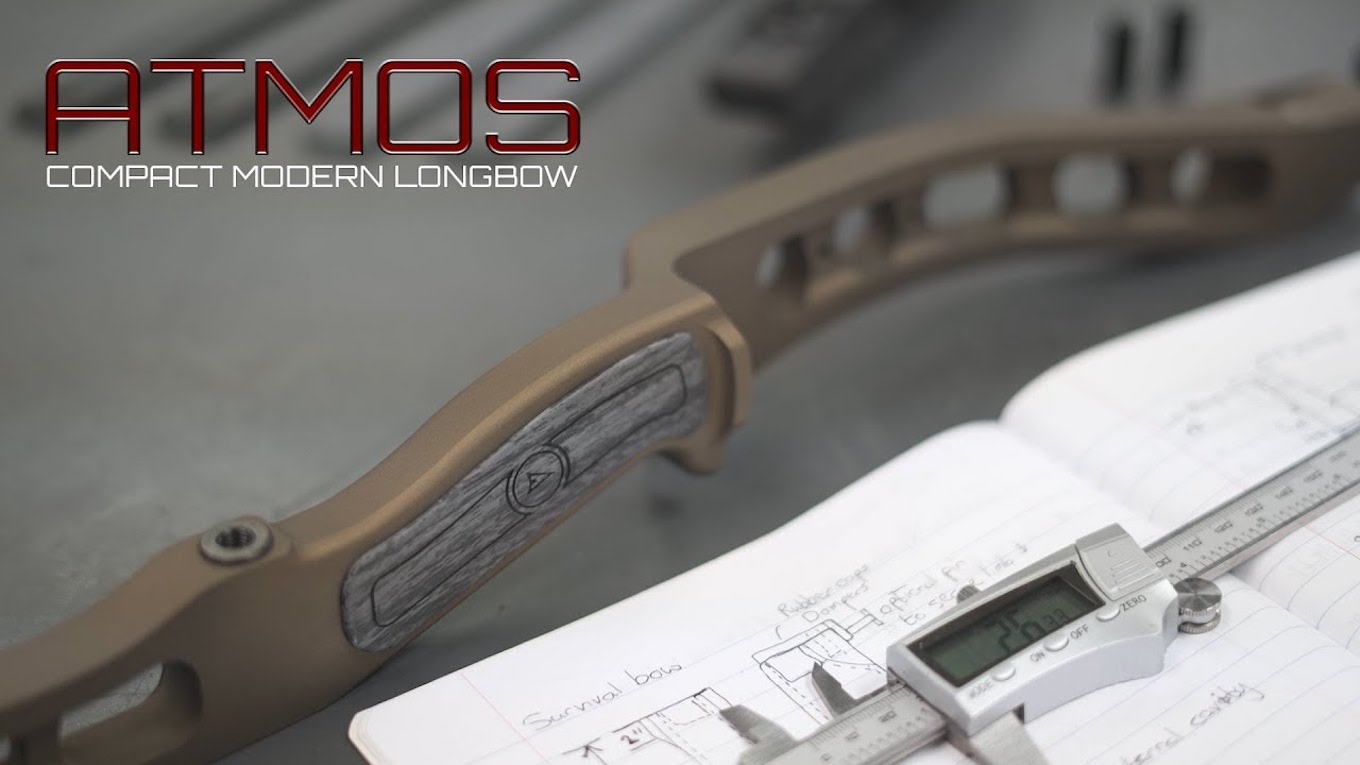 The Atmos Longbow is for a very specific type of consumer, any advice for others looking to target their niche audience on Kickstarter?

To capture the attention of a niche audience you have to start with your pre-marketing at least 3 months before you launch your campaign to get that initial funding behind your back. On the campaign itself, you need a main photo that makes the product stand out with a very direct caption. Kickstarter advises you not to use too much text, but I disagree as the text together with a solid photo is what makes a person stop on your photo and open up your campaign for a further look. Once inside the campaign page, it’s critical to capture their attention within the first 10-15 seconds with your video.

Can you tell us a little about your previous campaign on Kickstarter which was unfunded, and what inspired you to try again?

To be honest my previous campaign was not successful because I didn’t understand the recipe above and rushed to get the campaign up. I had a poor video and not nearly enough well-made marketing photos. I also failed to start the marketing early enough to generate those initial sales that make it get featured. I’m actually interested in running another campaign now that I’ve learned a few more things about what it takes to be successful on Kickstarter.

The coolest is by far the Skycamp from iKamper. In fact, I have plans to get one when I buy a new 4×4 next year. It’s just a really awesome product.

What’s next for Survival Archery Systems? Any other projects on the horizon you’d like to share? I’m curious about your hammock idea!

We have some really cool products planned for next year, but I can’t give away too much just yet. What I can tell you is you will be able to expect a full range of archery products available by 2021. And next years product is something I have been asked for many, many times by existing customers. On the hammock side, I have a company called Sloth Hammocks. We are currently designing a new type of expedition hammock that looks to overcome some of the design features that make conventional expedition hammocks difficult to use. We will definitely be launching this on Kickstarter. Look out for it in 2019.

If you’re an archery enthusiast looking for a new bow, or want get your very first one, I highly recommend visiting Survival Archery Systems’ Kickstarter campaign page before it ends on June 10th.

Looking for crowdfunding and community building guides and best practices? Head over to our BackerKit Guides Section. Want them delivered straight to your inbox once a week? Subscribe to our Community Newsletter!