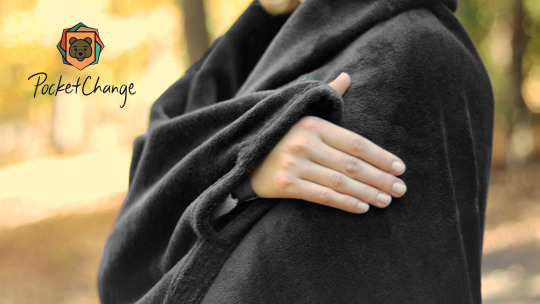 Creating compelling reward tiers is a challenge for any crowdfunding campaign. Nailing the structure is vital: it can be a determinant of whether a campaign succeeds or fails to meet its funding goal. Too few tiers can shortchange your campaign figuratively and literally, but too many options risks confusing backers and the added complexity can make fulfillment difficult.

Data from Shopify suggests the design of crowdfunding reward tiers is less of a science and more of an art. At one end of the spectrum, a campaign offered three reward tiers to backers; in contrast, another offered 44 tiers. This diversity suggests the capacity to offer multiple reward tiers hinges on the nature of any given project and the costs involved in producing any associated rewards.

Last year, PocketChange Designs successfully raised funds to create the Tuck, an all-in-one comfort device that can be used as a pillow, blanket, headrest or Jedi-like cloak. Launched on Kickstarter with an initial funding goal of $15,000, the Tuck completed its crowdfunding campaign, raising a total of $68,458 from 1,131 backers. It raised an additional $7,636 from 1,085 backers in pre-orders with BackerKit.

Cody Lewis, the founder of PocketChange, says he determined the price point for the Tuck by researching similar products on the market before deciding to position the Tuck as a premium offering.“I knew that an alternative on the market would typically be sold at around $20-30, and I wanted to place myself higher than that,” Lewis said. “I saw my resale prices around $40 or $50 — around the high-end bracket.”

The majority of Tuck backers pledged $27 (a limited-time special for early backers) and $32. These pledge levels included one Tuck, a digital copy of the Tuck pose book, access to campaign updates, the backer’s name permanently engraved on Pocketchange.life and a ‘giant thank you’. Lewis calculated this price point would cover the cost of manufacturing the Tuck and sending it out to backers. But the number of international backers threw a wrench in the works due to the high cost of shipping. In hindsight, Lewis says, the price should have been set higher to offset the costs of shipping goods from the US to Europe, Australia, Asia, and elsewhere.

Haskins supplemented these calculations with market research. “We looked at other dungeon title products that have been out there, but there’s not a lot of brand-new stuff. So, we had to feel it out,” he says. Faced with a lack of market information, Nord Games went right to the source. Its team asked customers, strategic partners, and people in the broader gaming community what they believed the product was worth. Haskins said being candid encouraged honest appraisals from his customer base. “We said: ‘This is an idea that we have — how much would you pay for this?’”

When designing reward tiers, Haskins says Nord Games tries “to give bulk discounts whenever possible”. In the case of the dungeon tile sets, the most popular pledge levels were $38 (two sets), $68 (four sets), and $104 (eight sets). “We thought that most people are going to want to have a lot of these tiles so they can have a lot of options,” he says. “The more tiles you have, the bigger dungeon you can make — and the more of an adventure you can have there.”

Incentive bundles give backers a positive perception of a campaign’s value. Nord Games structured its reward tiers to provide backers with a significant volume discount. Cost savings increase with each pledge tier: the highest pledge level (for retailers) amounts to a 50% discount per set. “We thought we’d give a discount up to eight sets, where it knocks off quite a bit of money,” Haskin says. This is clearly outlined in the pledge tier ($104) for eight sets of dungeon tiles, where backers save 35% on the retail price, paying $13 instead of $19. Once stretch goals for the project were unlocked, backers received 40 tiles instead of 30 per set.

For PocketChange, the $27 pledge level turned out to be the campaign’s sweet spot. (Kickstarter’s most popular pledge level is $25.) The team also made the reward tier a limited offer for early birds to further enhance its appeal. Creating this sense of scarcity and exclusivity helped to generate demand and draw support from 200 backers. Once that deal sold out, 384 supporters opted for a pledge of $32. More expensive pledge tiers offering multiple Tucks proved an attractive prospect to backers as they offered significant discounts on the retail price.

Your primary pledge level will feature the main item in your campaign. Don’t invest too much time on pledge levels that don’t include your featured item. Although the $1 pledge can provide value to some crowdfunding campaigns, the $1 and $5 pledge options for the Tuck proved unpopular,  garnering seven backers in total. Its $21 tier — a swag pack with stickers, a branded T-shirt, and some digital rewards — only netted four backers. The $1 pledge is often seen as an entry-level gesture of support, but it can be also harnessed for more lucrative ends. Nord Games offered a $1 pledge for late backers, giving them flexibility to upgrade their pledges after the campaign had ended through BackerKit.