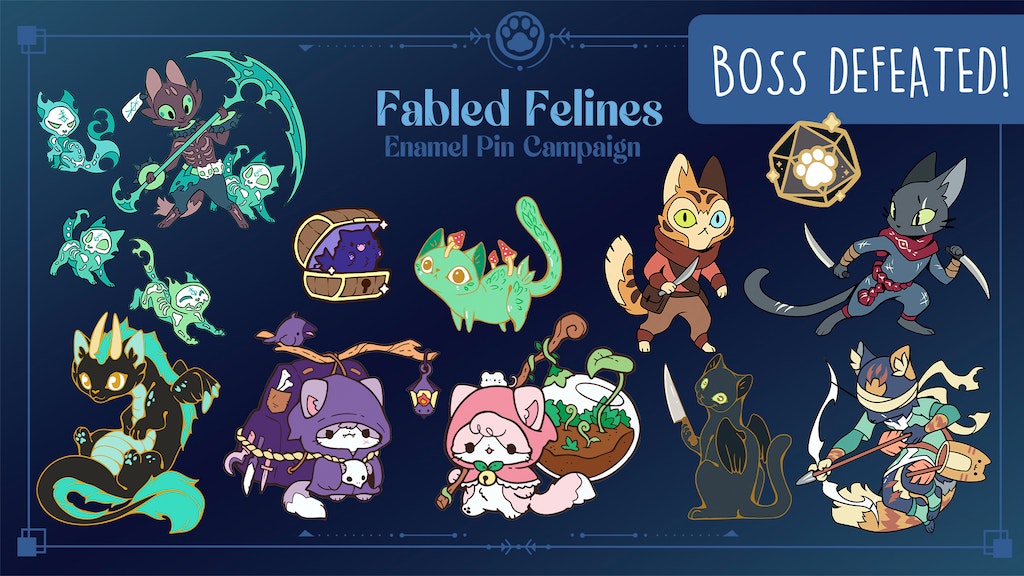 Crowdfunding is all about community. One of the guiding principles of our new crowdfunding platform, Crowdfunding by BackerKit, is that “backers make it better.” Backers not only help projects grow, but are also an important part of the creator’s journey. But what if there was a way to really take your backers on a journey — an adventure! And wouldn’t it be great to not only allow them to participate by backing but also empower them to shape the project? These were the questions that the team behind Purrtagonists: Fabled Felines explored during their recent campaign.

Purrtagonists launched on Crowdfunding by BackerKit, which is currently in Beta, in October. A collaboration between artists Alchemy Art, Blushsprout, and ChocolateRaisin Fury, the project is a story-driven collection of Dungeons & Dragons and cat-themed enamel pins. Each of the furry felines featured in the designs is part of a guild setting out on an adventure.

The project had great designs and the creators put a lot of thought and preparation into the campaign, so it was no surprise that Purrtagonists was a success in terms of funding — it surpassed its goal and raised more than $24,000. But what really sets this project apart is that the Purrtagonists team found a novel way to keep their audience invested from start to finish: a “choose your own adventure” style campaign that replicated DnD gameplay.

All three of Purrtagonists’ creators had experience running successful crowdfunding projects in the past. They’d all also been able to build large audiences through their previous work. As a treat for their communities and to make the Purrtagonists campaign stand out from what they had done previously, they wanted to create a social, interactive campaign.

The project’s enamel pins are DnD themed and the Purrtagonists team came to BackerKit wanting to launch a campaign that mirrored what it’s like to play DnD. They’d envisioned telling an episodic story about the cats featured in the pin designs and then using polls to allow their backers to vote on different story outcomes that would change the direction of the project and the rewards offered.

Since launching the crowdfunding platform in June, we’ve been working with creators to develop tools to enable them to collaborate better and collect feedback from backers. One of those tools is the Polls feature. Most creators on Crowdfunding by BackerKit have been using polls in a more straightforward way. For instance, Westley Coleman, the creator of Novel Travelbooks, asked his backers which of his designs they were most excited about to determine what would ultimately be produced. Similarly, during the campaign for Smut Peddler X & My Monster Girlfriend, Iron Circus Comics asked their backers which design they should choose for their exclusive day-one backer pin.

The Purrtagonists team would essentially be using polls to get the same kind of information other creators were after but through interactive storytelling. This was something that we hadn’t explored before. We were excited to run this experiment with the tools we’d created to see how we could meet this need. We immediately started working with the Purrtagonists team to create the interaction and engagement that they were after.

If you’re interested in enamel pin crowdfunding projects like Purrtagonists, we hope you’ll check out Crowdfunding by BackerKit’s Pintopia in January. Learn more about the lineup here.

The plan was to present a new chapter of the Purrtagonists story and a poll to go along with it every 48 hours. But obviously for this to work, you need people who care about the project to participate. There are a few ways that BackerKit and the Purrtagonists team’s combined efforts were able to make sure that participation happened: 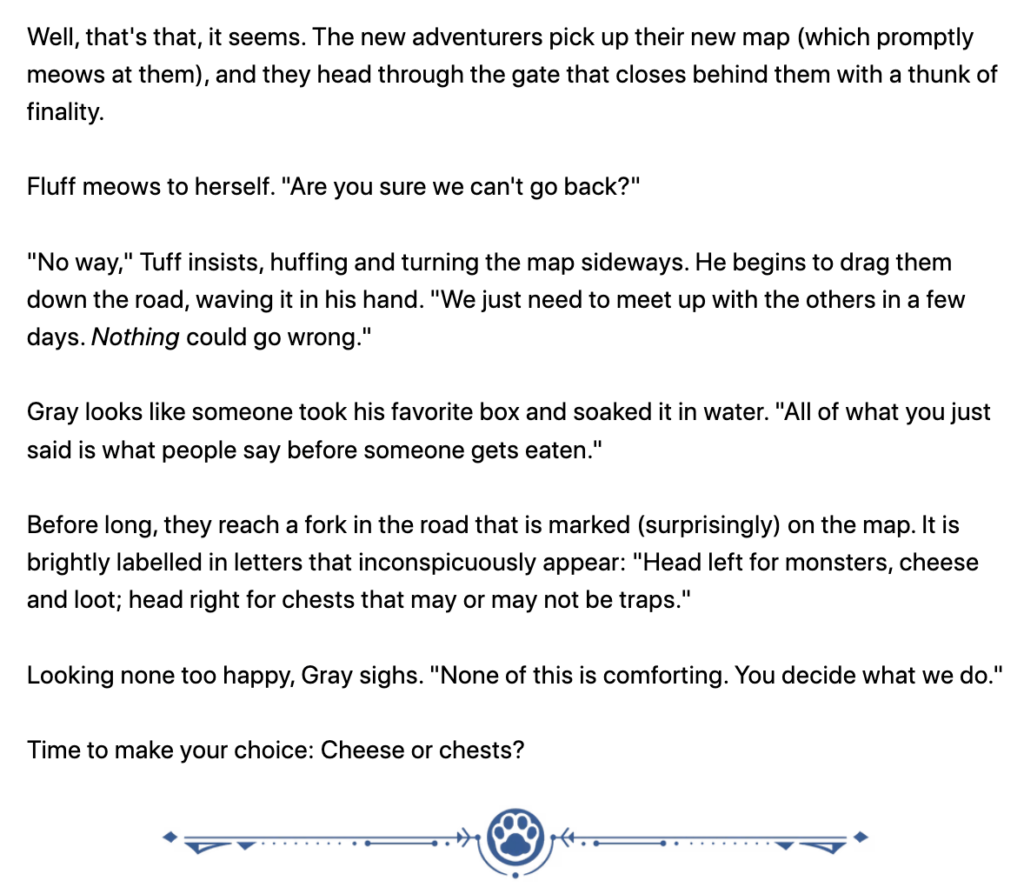 In the project’s first chapter, backers were asked to choose whether they wanted to “head left for monsters, cheese, and loot” or “right for chests that may or may not be traps.” 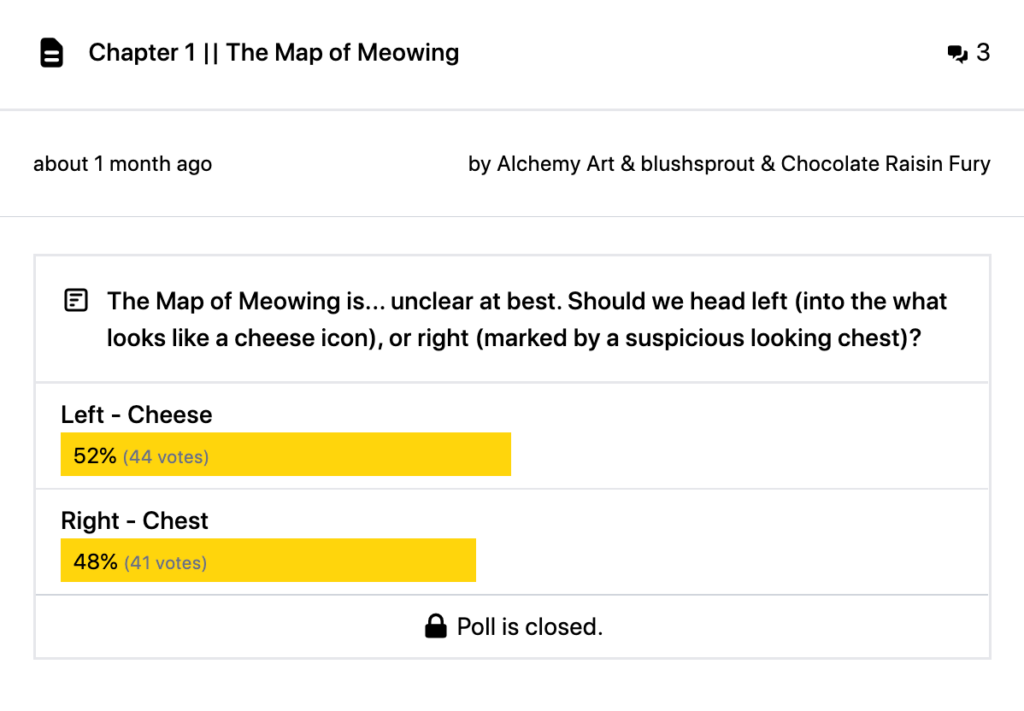 52% of voters chose “Cheese” and in Chapter 2 it was revealed that this choice unlocked a new fabled feline: Soot. 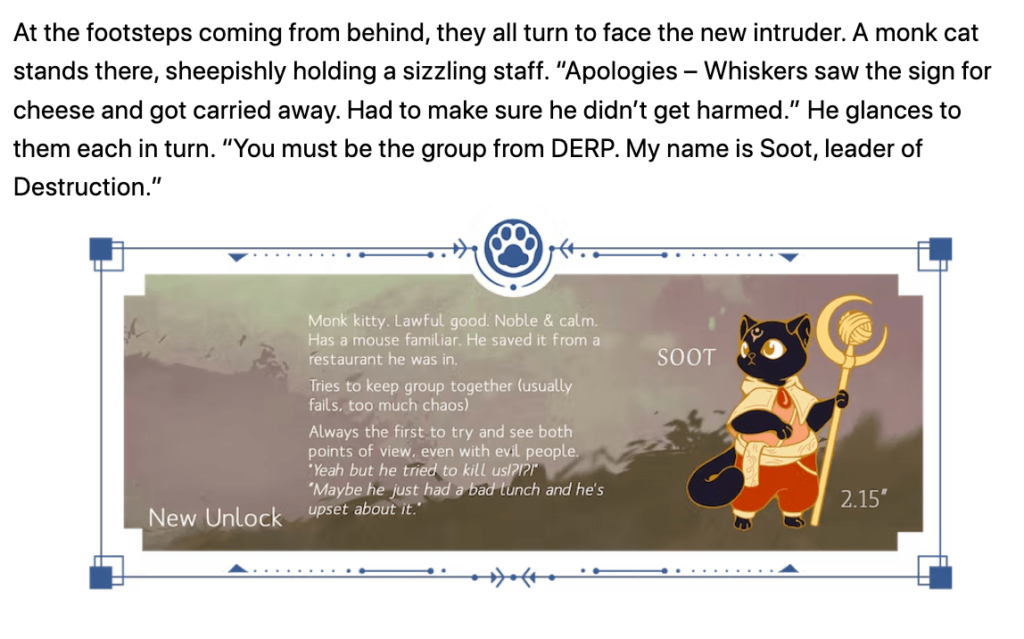 Structuring the campaign in this way created an extra layer of excitement. It gave backers a reason to return to the project page and deepened the connection between backer and creator.

There were a total of 14 different polls. Not only were they able to maintain a consistent level of participation, but during the middle of the campaign, they actually had one of their best-performing polls. The sixth poll they shared attracted 21% of their backers. What’s more, the polls generated conversation, providing yet another way that the Purrtagonists team was able to engage with their backers and gauge interest in the story and the designs. 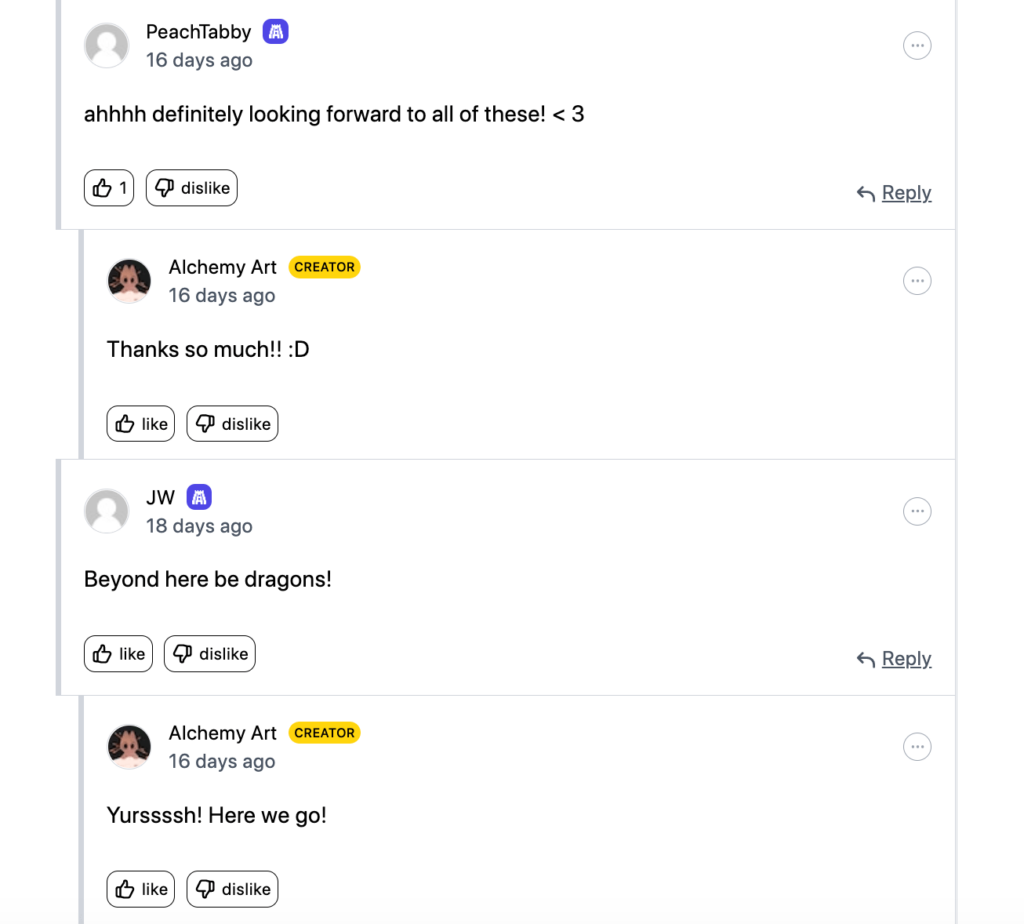 As a repeat crowdfunding creator, you want to build a relationship with your audience. You want them to continue backing your future projects. So if you’re able to not only deliver an excellent product but also create an excellent experience, you’re more likely to turn a backer into a fan who will be happy to support your next endeavor.

The Purrtagonists team and what they were able to accomplish are great examples of why we built Crowdfunding by BackerKit. We believe that backers make crowdfunding special and that they help shape projects. And that’s exactly what backers did for Purrtagonists — they actually determined the direction of the project. It’s inspiring to see this type of innovation and exciting to think about what Purrtagonists’ creators will come up with next.

We love working with people who value experimentation, want to push themselves creatively, and are always thinking of new ways to engage their communities. If this sounds like you, please apply to launch your next project on Crowdfunding by BackerKit. We are currently accepting applications for 2023. 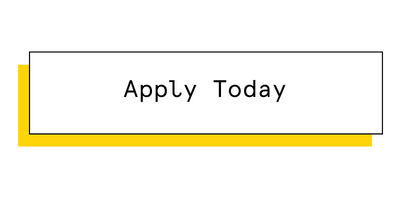