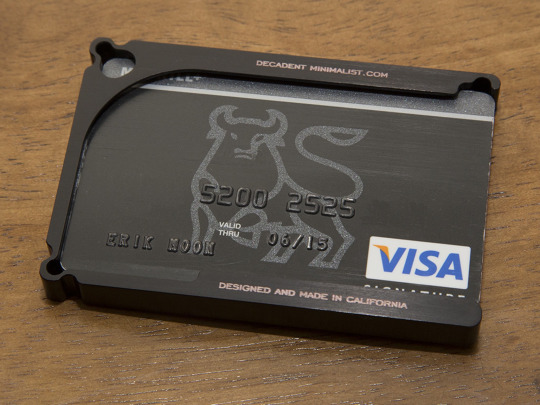 Three Best Ways to Prepare for Your Campaign: DM1 Wallet

In September of 2014, Erik Moon raised $91,893 on a $5,000 goal to create to create a sleek, minimalist aluminum wallet that’s about 1/3 of an inch thick. After the campaign finished, Erik offered a great wealth of Kickstarter tips to the crowdfunding community. We’ve summarized his top 3 tips on preparing for the launch of your crowdfunding campaign.

Your campaign video is the most important factor in your campaign behind the product itself. Figure out what margins you need to sell your product at to budget in the cost of creating a great video, and price pledge levels accordingly. This is your chance to fulfill two important goals: (1) explain why they should want the product (or why they should support you), and (2) prove your credibility.

The first goal is all about showcasing the product, and the second is all about proving to people that you’re trustworthy and that you’ve done the legwork to ensure your campaign is successful. Make sure you show all the preparations you’ve done, the prototype, and any other plans you have in motion to prove to backers that they’ll actually be receiving rewards when the time comes.

2.     Set up one achievable stretch goal

Stretch goals are super powerful for motivating backers to join in and pledge more at both the beginning and end of your campaign. They’re also great for when the things are slowing down towards the middle. This means you definitely don’t want to reveal all of your stretch goals at the beginning of your campaign. You don’t want to run the risk of having multiple stretch goals fulfilled early on, so that you don’t have anything else to offer to motivate people to join in.

This doesn’t stop you from having your potential stretch goal offerings in mind, though! Just make sure to wait to reveal them and to set the corresponding dollar amounts later on, when you can tell exactly how things are going. This is also a great way to keep backers engaged and excited throughout the early days of the campaign.

Before you click the button to make your campaign live, make sure you’ve got your friends, co-workers, and relatives prepared and poised for an exciting first couple of days. You want as many people liking and sharing Facebook posts, tweeting, and pledging for your campaign as possible. Momentum is a powerful in the world of crowdfunding, and in those first couple of days you want to start off strong. Pledges will speed up as soon as you get closer to your funding goal—so meeting that goal early on helps to convince these backers to join the party.

For more crowdfunding advice from Erik, check out his blog—and if you came here because of the picture, can still pick up a DM1 wallet here­. Erik Moon chose to use BackerKit for help with the fulfillment process, and he ended up raising 39% more on top of the amount raised in Kickstarter. The DM1 Wallet campaign was a runaway success and backers stayed happy throughout the process. As always, feel free to drop us a line at greetings@backerkit.com if you’ve got any questions about the fulfillment process, add-ons, pre-orders, or anything else crowdfunding.