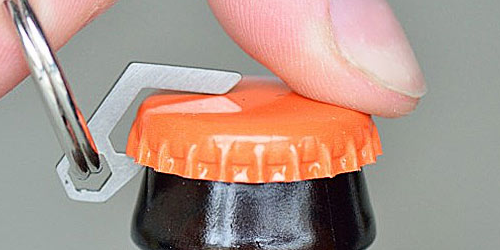 Ask the Creators: Is Cross-Promotion Worth the Effort?

Cross-promotion, when it comes to crowdfunding campaigns, is a form of marketing promotion where a project creator promotes another project to his or her backer audience. Given how cooperative and helpful the crowdfunding community is, it’s no surprise that the practice is now commonplace and it’s almost expected to see creators give other projects a mention at the end of their campaign status updates.

We asked several project creators about their experience with cross-promotion to find out more about how to arrange a cross-promotion with another creator, how they measured the impact, and how cross-promotion ranks among the other standard crowdfunding marketing activities.

The first thing project creators have to do is find other projects that make a good cross-promotion match. You want to find other projects that share a similar backer audience, so that it will make sense to present your project to their backers. Cross-promotion was a logical decision for Dr. Lyssa Neel, creator of the Linkitz Smart Friendship Bracelets: “obviously not for a direct competitor, but for a product that appeals to the same demographic, it’s a pure win-win.”

Most creators found other projects to promote by browsing through Kickstarter and Indiegogo project lists, studying their backers to see what other projects they’ve recently funded, or by getting contacted directly by another creator. Henry Smith, creator of the Spaceteam Admiral’s Club game, used Kicklytics, “a tool that showed what the backer overlap was between my project and others (e.g. ‘your project and project X have 23% backers in common’). I found this pretty interesting and I actually discovered new projects that I was personally interested in through this tool.”

There’s no set procedure or etiquette to approaching another project creator about a cross-promotion. Most of the creators we asked simply messaged other creators. Ali Kothari from CoffeeBar advises, “I’d just message the campaign that you want to cross-promote with, tell them a little about your project, your current success, and why you think a cross-promo between your campaigns would be beneficial.”

Also, if you recommend a project and it doesn’t deliver on time, you lose points with your backers.“ Jamey Stegmaier of Stonemaier Games goes a step further, taking a stance that mentioning another project should be done purely with the backers’ interests in mind without any expectation of reciprocation from the other project creator.

The consensus from the creators we contacted is that cross-promotion is a worthwhile activity that deserves a place in your marketing toolbox but you can’t count on it to carry your campaign. The overall impact will be limited by the number of projects you’re able to partner with and the size of their audiences. Combine that with the work involved in finding appropriate partner projects and convincing them to work together and you have a low-hanging-fruit situation: find the projects that make sense but don’t waste time that could be spent on higher-impact activities such as PR and blogger outreach.