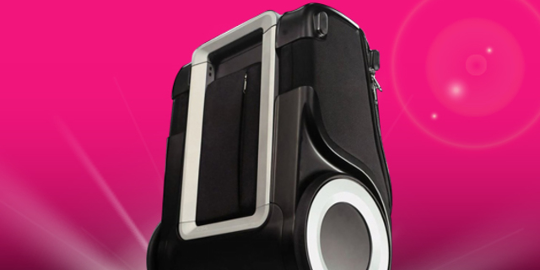 We’ve supported InDemand for Indiegogo campaigns since it first launched, but late last year we noticed that a few of our Kickstarter project creators started creating new campaigns on InDemand after the end of their Kickstarter campaign.

Choosing to launch the same campaign on a second platform sounds simple (same products, pledge levels, and marketing message, right?) but it actually doubles your complexity and the number of ways that you can fail because now you have backers coming in through a second channel and you need to develop an air-tight fulfillment process for those backers.

A handful of our Kickstarter projects such as G-RO used InDemand over the past few months and we worked with them to configure BackerKit to allow them to survey and process reward fulfillment for backers from both platforms to make sure that they had fulfillment for their InDemand backers under control.

We’ve learned a lot from those implementations and made several improvements to our system. We are proud to announce that BackerKit can now support all projects, from Indiegogo and Kickstarter, that move to InDemand.

Creators that have a Kickstarter project on BackerKit can set up a second BackerKit project for their InDemand campaign and then clone the data from the project setup for their Kickstarter campaign to have all item and SKU information match between projects. Setting the second campaign up as a separate project in BackerKit allows you to automatically add new backers after they pledge in InDemand.

We treat the second project as an extension of the first, so the creator isn’t charged for backers from the first campaign. We waive the setup fee and only charge for the new InDemand backers and add-on sales generated by those backers. This allows creators to collect survey responses from backers from both platforms and use BackerKit to manage all pledges for fulfillment.

Indiegogo campaigns already have InDemand support built into their BackerKit setup since all backers come from the same source.

We’re looking into streamlining the process even more in the future. If you have a Kickstarter project with a follow-on InDemand campaign or even a classic Indiegogo project with InDemand, please contact us to find out how we can help you manage fulfillment for both campaigns.