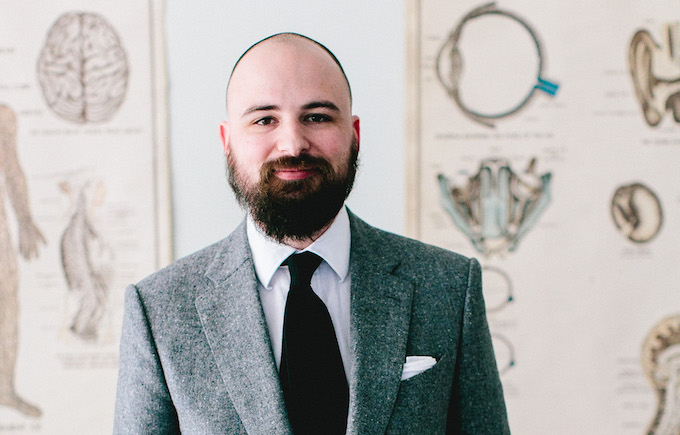 Bond is an upcoming conference examining how creators make a living through the internet. On Friday, March 9th, 2018 we will be featuring an eclectic lineup of speakers who all have a unique perspective on what it takes to build community, share your work, and establish your creative practice as a sustainable, independent business.

We’re excited to welcome Jesse Thorn as a featured speaker during the conference. He’s the host and producer of the podcast Bullseye and Jordan, Jesse, Go!, and the co-host and producer of Judge John Hodgman. He’s also the proprietor MaximumFun.org and putthison.com.

Bullseye with Jesse Thorn, now carried on over 150 public radio stations across the country, began in 2000 as The Sound of Young America, while Thorn was a student at the University of California at Santa Cruz. In 2007, the show began to be distributed by Public Radio International, making Jesse the youngest national host in public radio history. In 2012, the show became Bullseye and was subsequently distributed by NPR.

As founder & owner of MaximumFun.org, Jesse oversees a network of more than thirty podcasts, along with video and other content production. The company helped set the template for the modern podcast network, and continues to be a leader in independent, audience-supported media production. Fast Company magazine called Thorn “The most important person in entertainment you’ve never heard of.”

In addition to his work at MaximumFun.org, Thorn started Put This On, one of the country’s most popular blogs about men’s style. The site, covering news and advice, and including a store of handpicked apparel and curios, launched with a widely-acclaimed two-season video series, partially crowd-funded spanning the US and Europe.

A native of San Francisco’s Mission District, Jesse now lives in Los Angeles with his wife, three kids, and two dogs. We’re happy to have him back in the Bay Area to speak about his experience at Bond.

Be sure to head to the official Bond website for more details and announcements including our lineup of speakers and presenters. Thanks to our generous sponsors, we are offering more subsidized passes for $49. Space is limited, so reserve your tickets today!