One of the easiest ways to start building an email list of fans is by creating a landing page, and then directing the people you connect with through networking, conventions, playtesting events, online groups to the page. Anyone can use BackerKit Launch to create a landing page begin collecting authentic email contacts.

You can easily and quickly review this data with BackerKit Launch — an email marketing tool specifically designed for crowdfunding creators. Import past projects directly from Kickstarter or Indiegogo into Launch, and you’ll get a breakdown of the number of backers you had for each of your past projects and what percentage of your pledges came from past backers. You can also see how many times individual contacts pledged to your previous campaign and exactly how much they contributed. 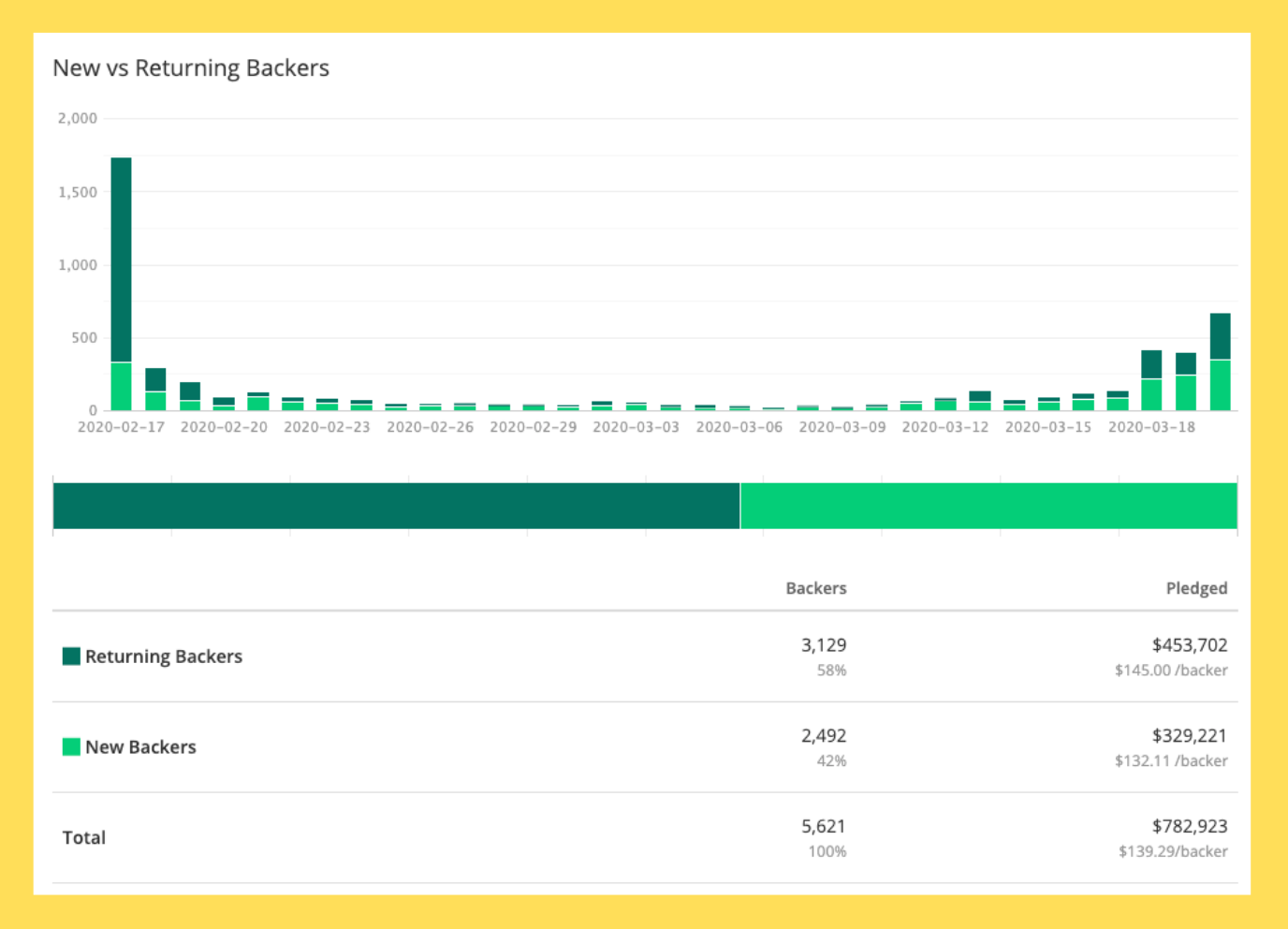 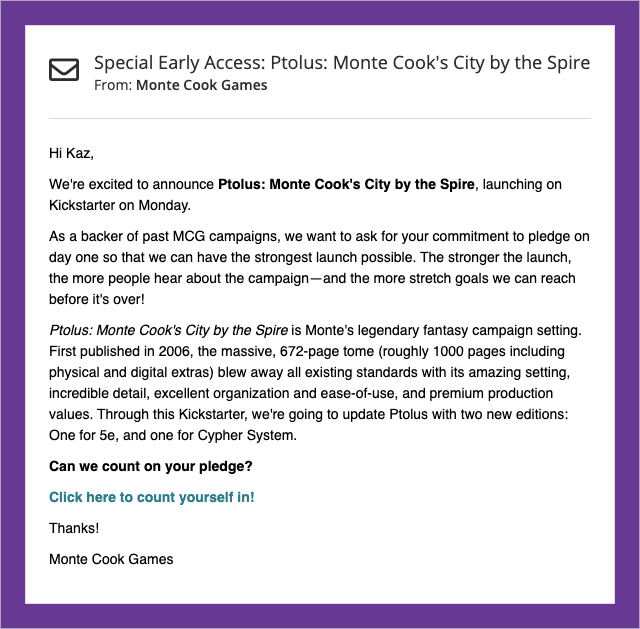 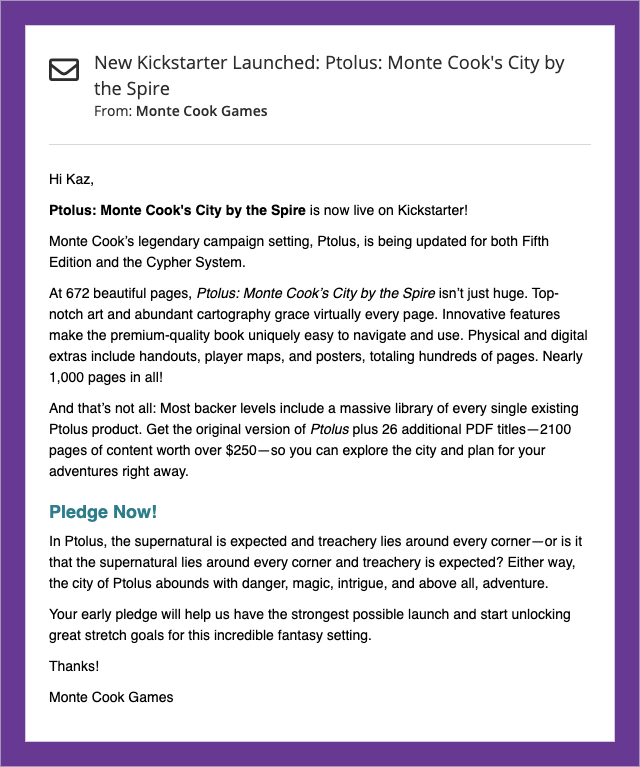 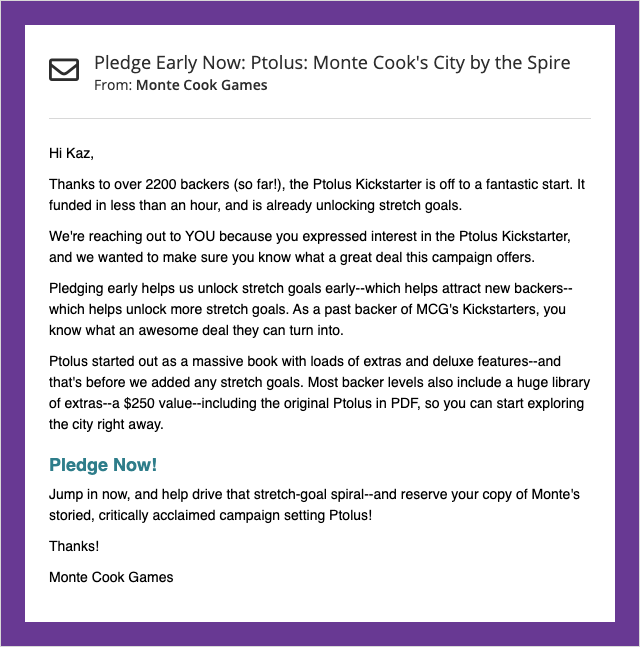 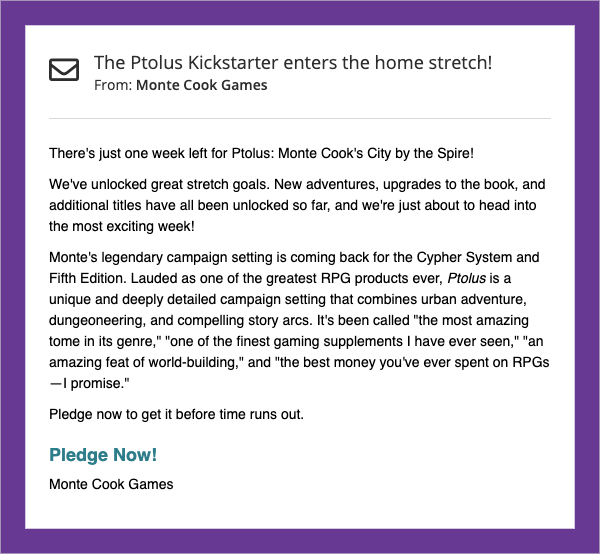 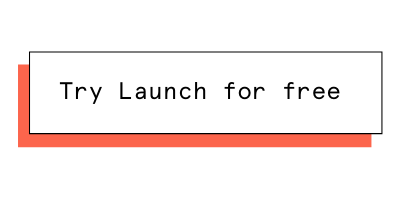